Traditionally, three publication prizes are announced at the International Congress on Medieval Studies, which takes place on the campus of Western Michigan University. Since the congress is being held virtually in 2022, the awards will be announced here.

The winner of the 2022 Otto Gründler Book Prize is Dyan Elliott for "The Corrupter of Boys: Sodomy, Scandal, and the Medieval Clergy " (Philadelphia: University of Pennsylvania Press, 2020). 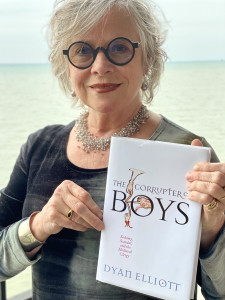 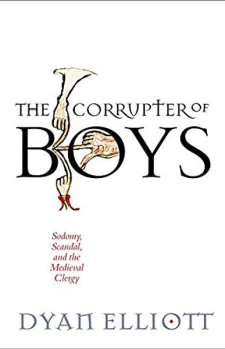 In her introduction to "The Corrupter of Boys," Elliott explains that her interest in this topic was sparked by contemporary instances of clerical abuse of minors encountered in the press, movies, books, and other media. That, and her own previous work on the medieval clergy, led her to this fascinating study of a practice that is not new; in fact, Elliott argues that clerical abuse of minors, the fear of scandal, and subsequent silence about abuse were institutional practices that sheltered the “corrupter of boys” at the expense of the victims and “spanned centuries” (2).

Elliott’s concern with the present (“presentism”) may be counted a scholarly liability by some, but not by all. As medievalists we can address contemporary concerns with our scholarship. This is not to suggest that "The Corrupter of Boys" oscillates between medieval and modern times. Its references to the present occur in occasional chapter epitaphs and in a few sentences in the introduction and conclusion. Its argument is grounded solidly in institutional practices that protected “corrupters of boys” (but not the boys) with a culture of silence anchored in the notion of scandal. Part of this culture led to the “seal of the confessional” which originated, in Elliott’s telling, as a mechanism to ensure that clerical sins would not be broadcast or subject to punishment beyond the imposing of invariably light penances. Elliott’s narrative, after a backward glance at late antiquity, stretches from the patristic age to the fifteenth century and is buttressed by analysis of sources including penitentials, manuals for confessors, erotic poetry, patristic letters, polemics, canon law, and case after case of clerical abuse of minors. The author writes with verve and a real sense for the telling phrase to argue that children came to be seen as legitimate targets for sexual abuse.

"The Corrupter of Boys: Sodomy, Scandal, and the Medieval Clergy" has implications for our understanding of sexuality and gender in the Middle Ages and beyond. One thought-provoking detail worth noting is Elliott’s reminder that premodern individuals focused not on sexual orientation but on the sexual act itself, i.e., who did what to whom (10). This is a well-written and documented book that investigates the nature of same-sex relationships in the Middle Ages and practices in the Church and schools. Mathew Kuefler in "The Medieval Review" (21.11.12) called this book “a game changer,” which it is, and worthy of the twenty-sixth Otto Gründler Prize.

The Otto Gründler Book Prize is awarded annually to the author of a monograph in any area of medieval studies that is judged by the selection committee to be an outstanding contribution to its field.

The Prize, instituted by Dr. Diether H. Haenicke, then president of Western Michigan University, honored and now memorializes Gründler for his distinguished service to the University and his lifelong dedication to the international community of medievalists. The first award was made in 1997.

Past winners of the Gründler prize.

The winner of the 2022 "La corónica" Book Award is Nadia R. Altschul for “Politics of Temporalization: Medievalism and Orientalism in Nineteenth-Century South America” (Philadelphia: University of Pennsylvania Press, 2020). 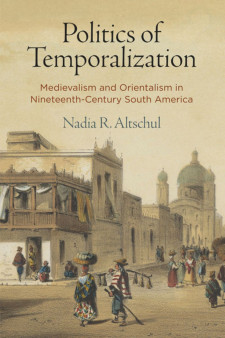 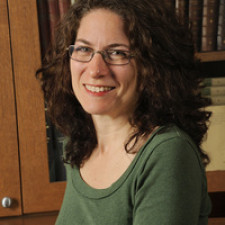 In "Politics of Temporalization," Nadia R. Altschul explores how scholars who identified as Europeans categorized themselves as modern and western, in contrast to the peoples and places of the Americas, which they depicted as living in the medieval, oriental past, in order to justify colonial domination. Examining the politics of the medieval and the oriental/Moorish in the works of Euro-American Creole writers in Chile, Argentina, and Brazil, Altschul shows that we must reconsider the Anglophone notion of orientalism, taking into account Iberia’s long, colonial entanglement with North Africa and its own Moorish past.

The "La corónica" Book Award is an annual international prize for the best monograph published on medieval Hispanic languages, literatures, and cultures.

The 2022 Szarmach Prize is awarded to Katie Menendez for “Gregory the Great as Intermediary Figure between East and West: The Eleventh-Century Manuscript Context of the Old English Dialogues,” Viator 51 (2020): 241-271. 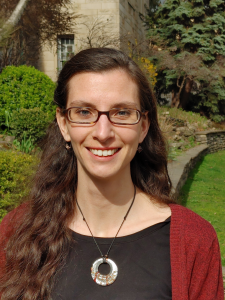 In her article, Katie Menendez demonstrates how the manuscript context of the Old English translation of Gregory’s "Dialogues" in Oxford, Bodleian Library, MS Hatton 76 and London, British Library, MS Cotton Otho C.I links the "Dialogues" text to surrounding ascetic texts understood to be of eastern origin. Menendez argues that, because of their manuscript context, the "Dialogues" may be regarded as an instrument for making Gregory an intermediary figure between eastern religious ideals and monasticism in eleventh-century England.

Menendez nuances conclusions appropriately, pointing out both the strengths and the weaknesses of manuscript context for understanding the "Dialogues." The associations between Gregory’s "Dialogues" and the surrounding texts create a new context which challenges and refines earlier conceptions of how the "Dialogues" were read and appraised. By taking manuscript context as a starting point, Menendez not only proves the validity of this method for the Old English "Dialogues," but also points the way to a renewed interest in the manuscript context of the translations made around the time of King Alfred’s reign. Menendez discusses the manuscript context completely, providing the readers with a full bibliography and excellent annotations in the form of a rich apparatus of footnotes. The scholarship in this article is absolutely solid and Katie Menendez’s article will be essential for any future publication about Gregory’s "Dialogues."

The Paul E. Szarmach Prize is awarded annually to the author of a first article on a topic in the culture and history of early medieval England published in a peer-reviewed scholarly journal that is judged by the selection committee to be of outstanding quality.

Past winners of the Szarmach Prize.

Donate to the Medieval Institute

We invite you to consider making a charitable donation in support of the ongoing work of the Congress via this secure link: