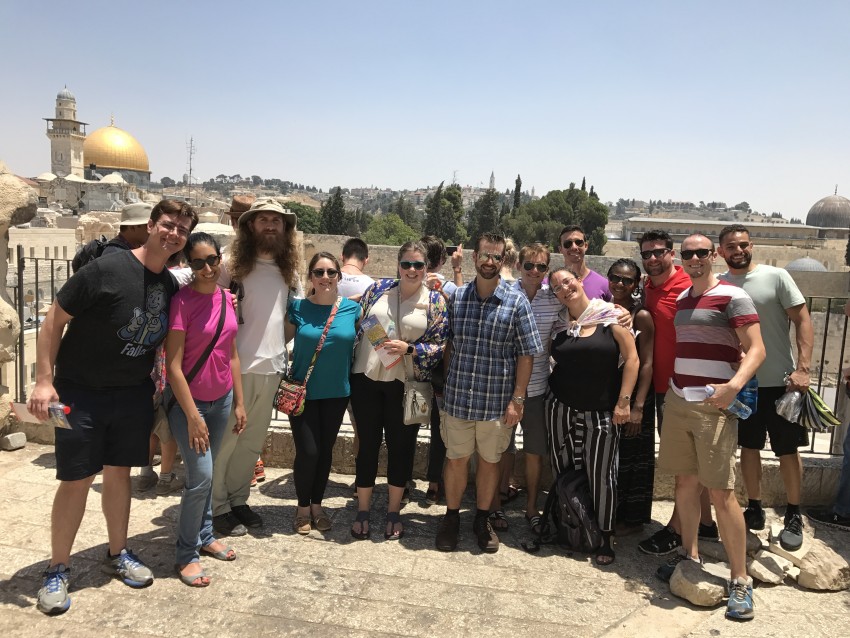 The origins of the trip can be partially traced back to 2014. In February 2014, arrangements were made for three faculty members (Stephanie Peterson, Jessica Frieder, Douglas Johnson) and seven graduate students from the Department of Psychology to travel to Israel for the purpose of research collaborations, conference presentations, and visiting academic institutions (Kibbutzim College, Haifa University). One of the graduate students, Elian Aljadeff-Abergel, was an Israeli citizen who initiated and coordinated the visit. While enrolled at WMU, Elian took several OBM courses and completed her doctorate in Behavior Analysis in April 2014. In coordination with the Israeli Association for Behavior Analysis, the conference took place in Tel Aviv on June 13, 2014. Douglas Johnson gave a talk entitled “The Application of Organizational Behavior Management and Behavior-Based Instructional Design to Workplace and Educational Settings,” which was the first OBM presentation ever delivered in Israel. These activities led to the successful recruitment of new Israeli students into the WMU Behavior Analysis doctoral program and an ongoing relationship exploring the development of more Ph.D. training in Israel. These events also helped plant the seeds of an interest in OBM in Israel.

Unfortunately, OBM is not formally studied in Israel and there are no behavior analysts doing OBM in the country. As such, Dr. Elian Aljadeff-Abergel contacted Dr. Douglas Johnson in July 2016 for the purpose of developing a full conference to introduce OBM, present the basics of the discipline, and discuss examples of its implementation. Furthermore, she inquired if graduate students from the Industrial Organizational Behavior Management program would be interested in traveling to and presenting at such a conference. This conference would be the first OBM conference in Israel and would be coordinated with Menta: The Israeli Association for Certified Behavior Analysts. One of the driving goals of this trip was to share the potential of OBM with Israeli behavior analysts and to disseminate the unique educational experience of Western Michigan University.

The group arrived in Tel Aviv on July 18, 2017 and despite a long flight, immediately drove to Jerusalem. In Jerusalem, the group met with four local behavior analysts, with whom they visited the Machane Yehuda marketplace, the Israel Museum, and the Hebrew University of Jerusalem.

On July 20th at Kinneret Academic College, the WMU group presented 12 talks and one panel discussion as part of the first Israeli OBM conference. Nine of the graduate students and the faculty member independently presented their talks to a jam packed audience. The talks and WMU presenters are listed below: 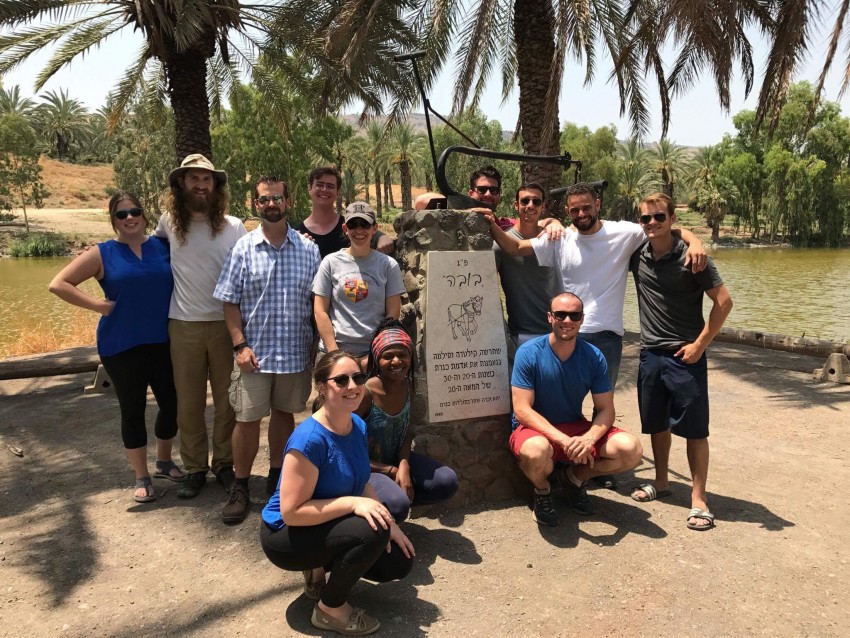 On July 21st, the WMU group visited Kibbutz Degania (the first of several experimental communities established in Israel) and the Jordan River. Later, the group travelled to their final destination of the trip, Tel Aviv.

On July 22nd, the group explored Tel Aviv and old Jaffa, accompanied by four new behavior analyst hosts and several of the hosts from the previous days. The group departed back to the United States the next morning.

As a result of this trip, several Israeli students expressed an intention to now apply to WMU for graduate school. A new research collaboration has recently been initiated between WMU and Kinneret College. Furthermore, there is already discussion of potentially being invited back in two to three years for another OBM conference. Many of the WMU graduate students are still interacting with the Israeli students via social media, sharing tips on OBM and even helping to practice English. Furthermore, the graduate students of the WMU Industrial Organizational Behavior Management graduate program were able to explore and contribute to a region of the world unfamiliar with their discipline.