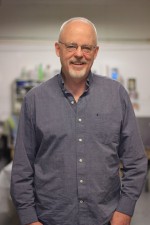 Jeff Abshear is a part-time instructor of art at Western Michigan University's Gwen Frostic School of Art where he teaches courses in Foundation Art and general education.  He is a painter, printmaker and book designer. In 2007 he was a Fulbright Research Scholar to Italy, where he studied Italian book arts hosted by the Accademia di Belle Arti in Venice, and Tipoteca Italiana Fondazione, a member of the Association of European Printing Museums. As a letterpress printer, Abshear has worked produce hand-printed books and broadsides with writers , including Ted Kooser, poet laureate, and Grey Cowrie,  minister of the arts of Great Britain. Abshear's Buckner Press publications are in the special collections of libraries throughout the United States, Great Britain and Australia.

Abshear has taught painting, printmaking, book arts, art history, and writing at Western Michigan University since 1996, and during the summer program at Interlochen Center for the Arts since 2005. He also teaches an annual book arts workshop to Italian students at the Scuola Didactica di Thiesi in Sardinia, Italy. He returns to Europe each summer to lead Western Michigan University students on a book arts study abroad experience.  The travel includes research of traditional letterpress, printing, and papermaking studios in Italy, Switzerland, Germany, Belgium, and the Netherlands.

Abshear is the founder and executive director of the Kalamazoo Book Arts Center, a nonprofit organization supported by the Iriving S. Gilmore Foundation, the Arts Council of Greater Kalamazoo, the Michigan Council for Arts and Cultural Affairs and the National Endowment for the Arts, to produce publications, host artists and writers, and teach workshops in book arts, printmaking, and creative writing. Abshear has also worked as a translator of Italian essays and interviews published in contemporary art exhibition catalogs for the Galleria Comunale d'Arte Contemporanea di Monfalcone and monographs for Cosmica Press and art publishing house in Milan. 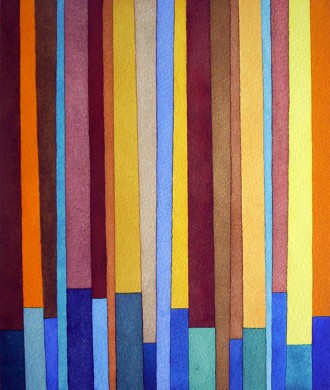