Pathways of Change: Natives, Newcomers, and the Waterways of Northeastern North America 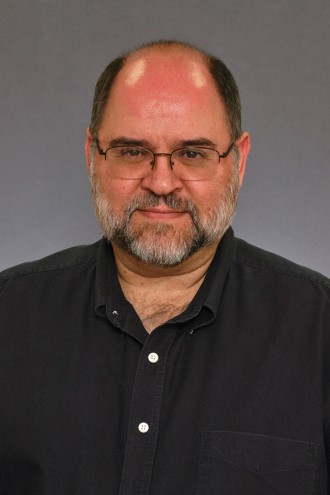 Dr. José António Brandão is chair and professor of history with a specialty in Native and European culture and interaction in northeastern North America.

Water and friendly interactions between the French with native peoples shaped the development of northeastern North America from the Great Lakes to eastern Canada on the St. Lawrence River and north to the “Upper Country” (pays d’en haut) around the Great Lakes, said Dr. José António Brandão, professor of history. He spoke at the first Honors College Lyceum titled “Our Blue Marble.”

The search for the Northwest Passage to Asia attracted the French to North America. They followed the St. Lawrence River inland and later founded forts in Quebec  (1608), Montreal (1642), Michilimackinac (1671), Fort St. Joseph (1691) and Detroit (1701). This quest eventually drew them all the way to the Pacific Ocean in 1793. Meanwhile, they focused on more immediate riches: furs, fish, land and faith conversion of the native peoples.

In spring as soon as the ice broke up, French traders went to the Upper Country (pays d’en haut). They used canoes, a technology they learned from the native peoples, to collect furs and make reports on the waterways and lands. These reports allowed cartographers back in France to map out the region despite never having visited it. In 1697, Antoine Louvigny, who commanded at Michilimackinac, produced  a most accurate manuscript map outlining Michigan, the Mississippi River and its tributaries.

The European thirst for territory in the new world fed their expansionist spirit in different ways. The French, for example, built 106 forts and settlements on waterways that served as trading and military posts in order to defend their fur trade from encroaching English settlers. However, Louis XIV closed the fur trade in 1696 because it was undermining colonial development and the glut of furs and a weak demand for beaver pelts made it no longer profitable.  Trading was eventually reestablished because it became important for non-economic reasons.

The native peoples were critical to the French traders’ survival and France’s success as an empire, however, due to their lack of immunity to European diseases (influenza and measles), they were severely depopulated. As a result, the native peoples were challenged to replicate their societies and to maintain their cultural practices and beliefs, which proved especially ineffective in coping with the changes introduced by the French presence. No doubt, the French used their immunity to these diseases as an example of their superiority and the consequence of the natives’ “pagan worship.” This aided the Jesuit missionaries who came to the region (1634-1750) to convert the native peoples to Christianity.

Although the French posts were sited to control New France militarily, defending territory without the help of the native populations would have been difficult. The French supplied the native peoples with knives, axes and kettles to make their lives easier—and firearms to fight their common enemies. The French also provided men to assist some native groups fight against their particular enemies.

The French were remarkably adept at this interdependent relationship because they respected the native peoples’ practices and tried to fit in with them to achieve their own ends. Likewise, the 135 Jesuit missionaries were able to convert some native peoples by learning their languages, adapting some of their beliefs to Catholicism, and regarding them as intelligent enough to learn Christian truths.

The French explorers and settlers changed the region as a result of their interaction with the native peoples. However, what linked everyone together politically and militarily were the waterways and the fur trade.