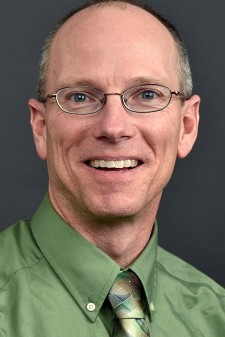 The Charles Carpenter Fries Award is the longest-standing MCTE award, recognizing accomplished English educators whose dedication to the profession and distinguished career is shown through the advancement of teaching English.

“The opportunity to help students grow in their passion for teaching English language arts, and to assist teachers as they build their craft in Michigan, is both an honor and a pleasure,” said Bush. “I'm proud of the network of amazing alumni and colleagues I've had the chance to work with over the years.”

Bush has been a professor of English at WMU since 2001 where he teaches undergraduate and graduate courses in writing, rhetoric and English pedagogy. He also directs the Third Coast Writing Project. Bush has served as the English department chair at WMU and was the interim associate dean for the College of Arts and Sciences in 2015. Bush has been named as the American Council on Education Fellow for 2015-16. He currently serves as the president of MCTE.

MICHIGAN COUNCIL OF TEACHERS OF ENGLISH