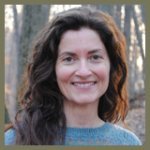 Many people end up in roles they hadn’t anticipated. Alison Swan is among them.

In 2001 Swan co-founded the Concerned Citizens for Saugatuck Dunes State Park, which was a founding member organization for the Saugatuck Dunes Coastal Alliance. The Alliance is “a coalition of individuals and organizations working cooperatively to protect and preserve the natural geography, historical heritage, and rural character of the Saugatuck Dunes coastal region in the Kalamazoo River Watershed,” according to its website.

Swan teaches in the WMU environmental and sustainability studies program. She is an MFA, a poet and environmental writer, as well as an activist. She’s been a writer for a long while, but she wasn’t an activist until 16 years ago. A situation occurred that made her into one: the Saugatuck Dunes located on Lake Michigan at the mouth of the Kalamazoo River became threatened land.

Lake Michigan’s sand dunes are home to one of the rarest, most fragile ecosystems in the world, interdunal wetlands. The Saugatuck Dunes cover 2,000 acres of forested, grassy and sandy hills that are also home to a number of endangered and threatened plant and animal species. They are home to two ghost towns, one of America’s oldest summer art schools, The Oxbow School and to Saugatuck Dunes State Park and Natural Area.

The combination of the dunes’ easy accessibility and their allure for people looking for fun, vacation space or just a meditative walk has put unusual pressure on the land without enough consideration of the cost to the land, said Swan.

In 2001, Swan was working on an anthology of creative writing about the Great Lakes when she discovered that Saugatuck Dunes State Park was being considered for a new water intake and treatment facility by both the City of Holland and Laketown Township. She with her partner, David Swan, became activists to save the land from this development. And, they did.

In an essay titled “Enough” published in the Michigan Quarterly Review, she used her writing skills to recount this experience and to protest excessive and abstruse development on such precious wild land.

Three years later, billionaire businessman, Aubrey McClendon of Oklahoma City, bought 400 acres of the dunes on both sides of the Kalamazoo River and announced plans to build a luxury resort that would include a nine-story hotel, luxury homes, a seventy-slip marina, a golf course, and an equestrian center.

Another project that came out of Swan’s activism was The Saugatuck Dunes: A Freshwater Landscape, a fine art book that was designed to bear witness to the land and to some of the art that has been made in response to knowing it.

“We hoped the result would encourage people to reconnect with that fundamental human ability, need—gift, maybe—to listen to the land,” she said.

The Saugatuck Dunes Coastal Alliance published 2,500 copies of The Saugatuck Dunes that sold for $35 each. Local businesses also helped support the book that became, among other things, a coalition-building tool to give to influential people like then-Governor Jennifer Granholm, former Governor William Milliken and the directors of the Department of Natural Resources and the Department of Environmental Quality.

“We paid the book designer and the printer,” said Swan. “But all the artwork, including the maps, the writing and editing, distribution and promotion were donated.”

For example, a museum curator and art professor volunteered to select the artwork, and they each wrote introductory essays for the book. A professional photographer made high-resolution digital files. Swan wrote the introduction and jacket copy and edited the artists’ statements.

“I tried to give readers something like the experience of being in the dunes, but I tried not to tell readers what to think about them,” said Swan.

The book project rallied people around the dunes in an apolitical way.

“People who love the dunes but did not want to associate themselves in any way with the controversy could buy the book and display it prominently in their homes,” said Swan. “We succeeded in making something that served to bring people together.”

Seven years later the book remains a timely and substantial calling card. It has inspired a similar book about the Sleeping Bear Dunes further north on Lake Michigan in Leelanau and Benzie Counties.

As for Swan, she says activism has strengthened her conviction that we need to heal our relationships with the land and with one another if we are to get anywhere we ultimately want to be.

And the Saugatuck Dunes? One hundred and seventy acres of Aubrey McClendon’s original acquisition was purchased from him and, in 2012, dedicated as the Saugatuck Harbor Natural Area. The rest of it, Swan notes, has seen the construction of a new access road, and remains under threat, but no houses have been built.