After a more than five-decade teaching career, Dr. Rudolf Siebert has retired from Western Michigan University. Siebert began working at Western in 1965 after completing his doctoral degree from Johannes Gutenberg Universität. Siebert also holds a B.A. in philosophy and two master’s degrees in theology and social work. 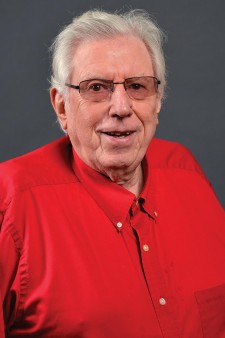 As a professor of religion and society in the Department of Comparative Religion for 54 years, Siebert left a lasting impression on his students and colleagues. For 39 of those years, he was the director of the Center for Humanistic Future Studies at WMU. Dr. Steven Covell, professor and chair for the Department of Comparative Religion, explains, “Dr. Siebert was one of the founders of WMU’s AAUP chapter, he founded and led two international conferences that lasted for decades, he wrote numerous books and articles and was interviewed for radio, tv and print media countless times about his work.”

Siebert’s primary research focus has been the application of ideas adapted from the work of figures such as Max Horkheimer, Walter Benjamin, Theodor W. Adorno, Erich Fromm, Herbert Marcuse, Alfred Sohn-Rethel and Jürgen Habermas to the study of religion. “During this time I developed with my friends in Germany, Europe and America our ‘Critical Theory of Religion and Society (CTRS),’” says Siebert. “Through the years the CTRS has found expression in over 30 books and over 400 articles of mine.” Some of his main publications include "The Critical Theory of Religion: Frankfurt School (2001) and From Critical Theory to Critical Political Theology: Personal Autonomy and Universal Solidarity" (1994).

Throughout his career, Siebert has been recognized many times for his successful teaching. At WMU he was awarded the WMU Five Year Presidential Award in Oct. 2011 in recognition of his accomplishments within CTRS. The award—worth $2,000 annually—provided the support that enabled him to develop two of the international courses he taught focusing on CTRS. In 1970, he was selected as an Outstanding Educator of America for his contributions to the advancement of higher education and services to the community, and in this same year he received the WMU Alumni Association Teaching Excellence Award.

“On top of all of that he was also a much loved teacher whose students would take every course he offered. His success as a union leader, researcher and teacher serve as a model for the rest of the department and faculty across campus,” says Covell. 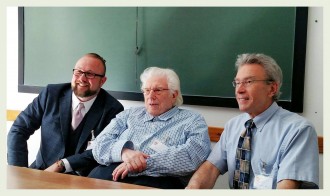 On Saturday, Nov. 16, WMU will hold "Critical Theory and the Study of Religion: A Conference in Honor of Dr. Rudolf Siebert.” Over a dozen scholars will travel to WMU to present research papers on the study of religion. The conference will be held from 9 a.m. to noon and will focus on CTRS, the field Siebert helped to create. It will be held at the Fetzer Center in the Putney Lecture Hall, room 2016. Contact Lori Diehl for more information.

The Department of Comparative Religion programs are designed for those who, whether they are religious or not, want to know more about religion, the role and significance of religion in societies today and in the past, and the ways in which academics think about and analyze religion and related concepts.

The comparative religion major and minor provide a solid foundation for graduate study in religion and related fields. Comparative religion courses also provide knowledge and skills relevant to and useful in a large and growing range of careers and professions, including health care, non-profit and public sector careers, culture and the arts, religious vocations, and business and marketing. To learn more about the Department of Comparative Religion, visit wmich.edu/religion.

MLive: WMU professor, a German soldier during WWII, made theory of peace his life's work | Oct. 22, 2019