In addition to significant holdings of facsimiles of medieval manuscripts, a teaching collection of codices and manuscript leaves, examples of early printed works, and a wide range of secondary sources, Special Collections holds collections of the working papers of respected medievalists and collections from specialist book collectors. Materials in these collections can be located through Library Search. 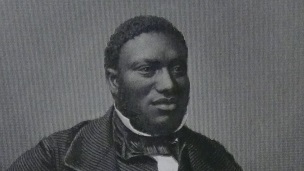 Collected by William John Cameron (1878-1955), an executive of the Ford Motor Company, this collection includes books printed in the United Kingdom between the 16th and early 19th centuries on theology, law, philosophy, politics, literature and more. 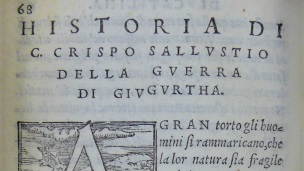 John Tedeschi, a former librarian and Renaissance scholar, donated this collection to the Medieval Institute. It includes several examples of fine Italian printing and book production. 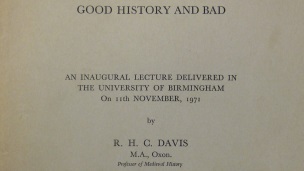 R. H. C. Davis was a British scholar specializing in medieval history, particularly architecture and art history. Dr. Davis kept notebooks throughout his life which document his war service and his research including architectural notes and sketches of structures in Great Britain, Europe and the Middle East. Special Collections also holds some of his personal library. 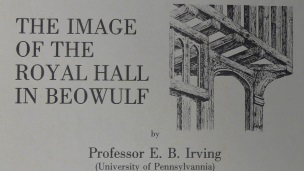 Dr. Irving taught medieval literature at the University of Pennsylvania from 1960 to 1993. Included in this collection are class lectures, critical studies of medieval literature such as Beowulf and Sir Gawain and the Green Knight, and typescripts of his books. 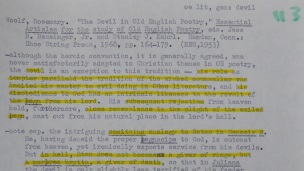 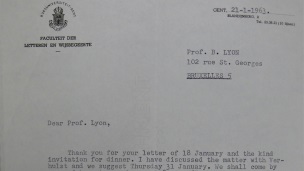 Correspondence between medieval historian Bryce Lyon and other scholars in the United States, United Kingdom and Belgium can be found in this collection. 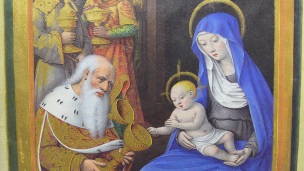 This collection contains reproductions of leaves of various medieval and early modern manuscripts. 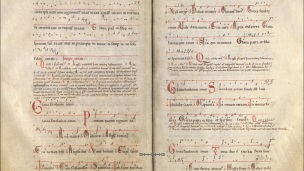