Learn more about the 19th and 20th centuries through personal and scholarly papers, limited-edition books with annotations and inscriptions and other specialized collections donated by individuals. Most of the materials in this collection can be located through Library Search. 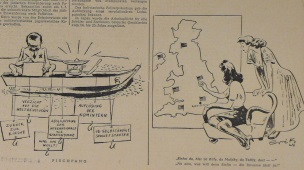 Based on WMU Professor Howard Mowen’s (1922-2009) research collection on N.S.D.A.P. (National Sozialistische Deutsche Arbeiter Partei), these materials include Nazi German and Allied Forces publications, photographs and ephemera (collectible memorabilia). Edwin W. Polk (-2002), a former student of Dr. Mowen’s, also made significant contributions to this collection, as well as other donors. 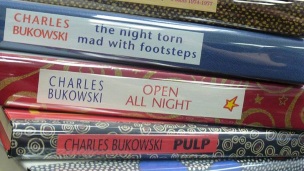 The Black Sparrow Press was a small independent press established in 1966. This collection contains its business archive until 2006 and copies of almost every edition the press published until 2006 including typescripts for books, editors' copies of manuscripts, proofs, catalogs, screenplays and much more. 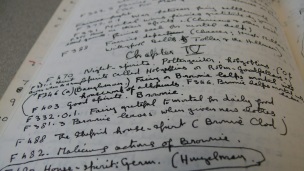 Typescripts and manuscripts of folklorist Katherine M. Briggs including plays she and her sisters wrote and performed, family letters, correspondence with her publisher and more can be found in this collection. 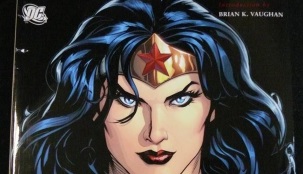 From DC and Marvel comics like Batman and Captain America to Dutch-language Donald Duck comics, the A & E Lean Comics Collection has something for every lover of comic books. 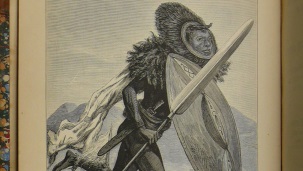 WMU Professor Alan H. Jacobs collected these materials for his research on the cultural, historical, political and geographic study of East Africa. Several books relate to other regions of Africa. Most of the collection is in English, but some items are in Dutch, German and French. 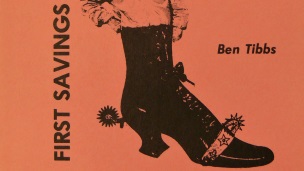 Ben Tibbs was a Kalamazoo-area poet who was also known for his work in graphic arts. His family donated his extensive poetry collection to Special Collections, the majority of which are signed or inscribed by the authors. Tibb’s own poetry, book design and other graphic art is also part of this collection. 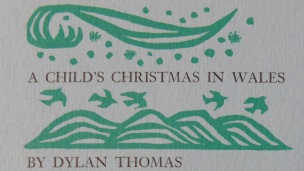 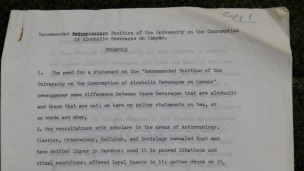 This archive primarily contains articles from a variety of journals, magazines and newspapers by Alan Paton and correspondence between Edward Callan and Paton, as well as Paton's wife and son. It also contains correspondence between Callan, Nadine Gordimer, Albert J. Luthuli and other prominent South African anti-apartheid activists. 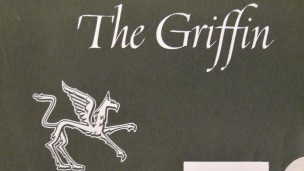 This archive consists of materials gathered by Edward Callan containing critical and biographical articles concerning W.H. Auden and his work by various authors, including copies of articles about Auden written by Callan himself, and copies of articles, reviews and verse written by Auden, as well as interviews with the author. The collection also contains correspondence, including a letter addressed to Callan from Auden, and copies of The Griffin (1954-1960) and The Mid-Century Review (1960-1963) with Auden on each publication's editorial board. Along with this archive, Callan also donated books by or about Auden. 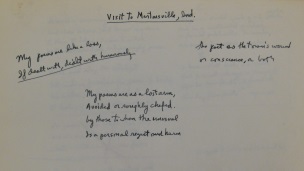 This is a collection of the personal papers of American poet and Western Michigan University English professor John Warren Woods. His papers include manuscript drafts of individual poems and books, correspondence, records of contract, copyright agreements and other documents related to his publishing activities. Also included in this collection are 25 cassette tape recordings of poets giving readings or lectures, including Robert Frost, Alan Ginsberg and others. 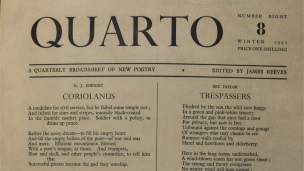 Articles by or about Donald Hall, copies of poems of Hall published in various journals, copies of book reviews written by Hall, collections of poetry edited by Hall, and correspondence, as well as copies of many of his published works,  can be found in this archival collection. 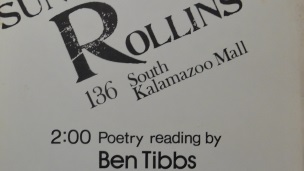 This small archive primarily contains issues of literary magazines in which Ben Tibbs's poetry was published. It also contains a list of the books included in his family's initial donation of books, promotional photographs of Tibbs with corresponding negatives, and several ephemeral items. 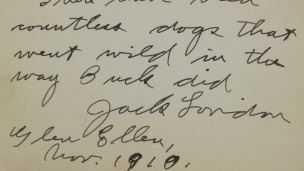 This collection consists of over 80 autographs of famous people gathered by librarian Sophie Levin. The autographs are from political figures, writers, inventors and entrepreneurs. 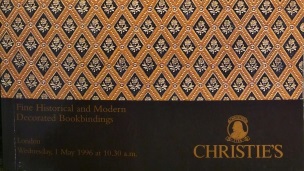 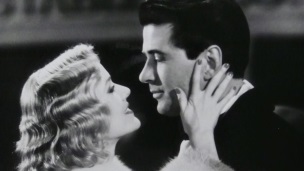 A Universal Studio press kit for the 1994 film The Shadow including the screenplay, storyboards and concept art as well as photos of actors and other promotional materials are part of this collection. It also includes four issues of the detective fiction serial The Shadow published in 1932, 1939 and 1940.