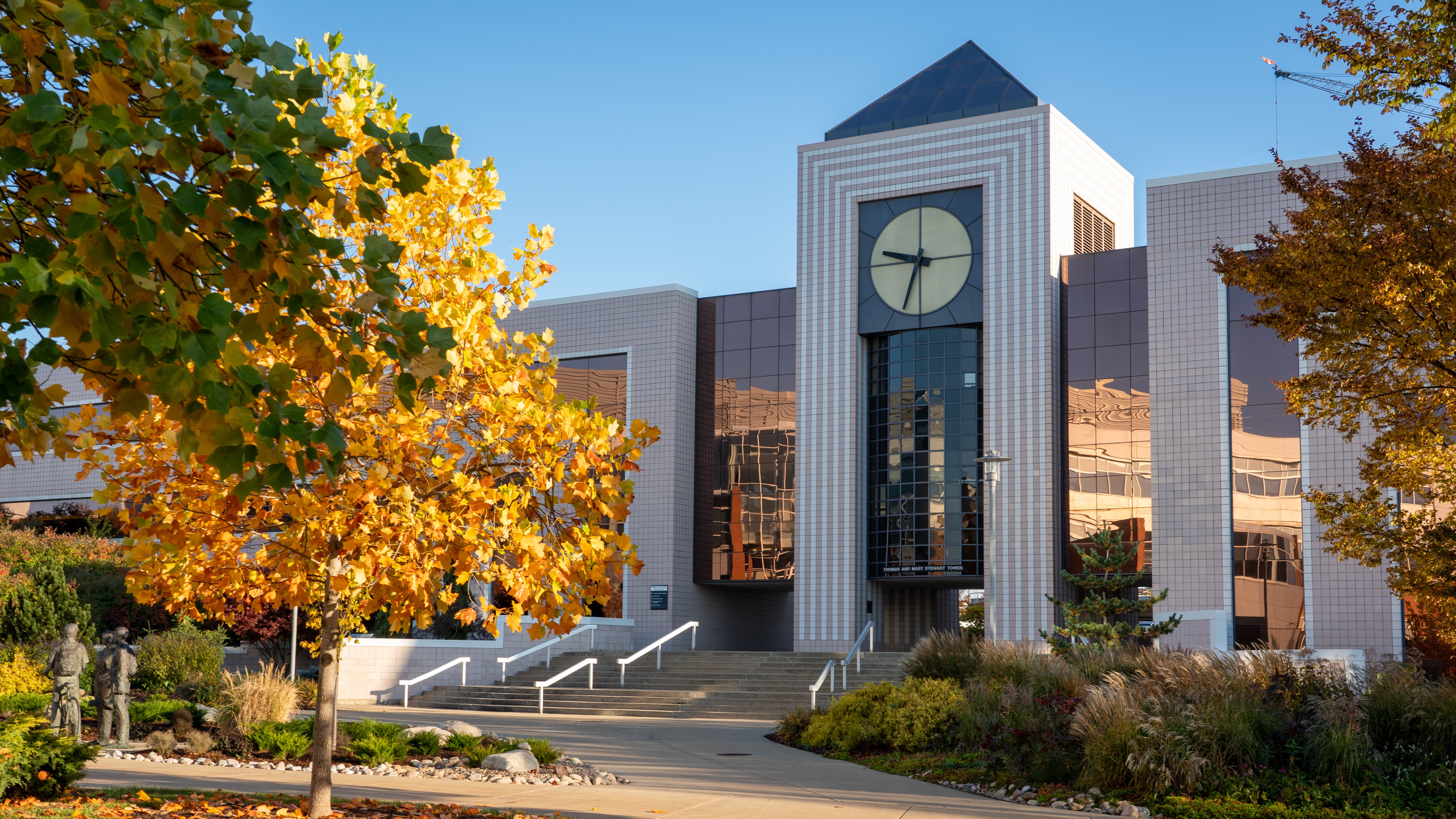 It started with a simple request for materials her public library didn’t have and led Sandy Yee (WMU, 1970, 1973) to an extensive and exemplary career supporting students and leading libraries in Michigan.

“I was in high school working on a senior year research paper when my high school librarian suggested we could get additional materials I needed from the Library of Michigan. She made a call, and soon a large stack of books arrived,” said Yee. “I was fascinated by how quickly and easily people could access information that was not readily available!”

This experience led Yee to Western Michigan University, where she completed her bachelor’s degree in education before entering WMU’s library science graduate program.

“Without WMU, I could not have had the career I’ve had,” said Yee. “In my time, WMU provided the only opportunity for an accredited library science program on the west side of the state.”

While completing her WMU degrees, Yee worked at the Education Resources Center (ERC) in Sangren Hall and Waldo Library. She also met her husband, John, while attending WMU, and he often visited her at the ERC.

“Libraries provide access to stuff you can’t find anywhere else. They provide a physical presence—a place to gather and study.”

“I was so into instruction and reference and working with students. With my experience working in high schools, I got the job and started my career in academic libraries.”

“With my background in secondary education, I was very interested in instruction which led me to work with the faculty and students to assure their success in finding the right materials,” Yee said. “I created and offered a one-credit hour self-paced course in library instruction early on at the community college. It was my real start in academic libraries.”

When Yee and her husband relocated to the east side of Michigan for work, Yee continued her academic library career at Eastern Michigan University. Over the next 19 years, Yee worked with EMU students and faculty, eventually becoming the associate dean of learning resources and technologies.

In 2001, Yee became dean of Wayne State University’s Library System, which included five libraries and the School of Library and Information Science.

“My experience, being from the west side of the state and having limited access to a Master of Library Science program, influenced me during my time as dean of the School of Library and Information Science at Wayne State University,” Yee said. “We were early adopters of a totally online master’s degree because I knew there were no other options for west side students at that time. WMU was essential to my career success.”

During her time at Wayne State, Yee continued to thrive as a leader within the library profession, championing initiatives that benefitted all Michigan libraries and their users. She spearheaded efforts to create the Michigan Hub of the Digital Public Library of America (DPLA), bringing together institutions from around the state so all libraries and Michigan citizens could benefit from and access digital resources.

“I was always interested in making the state’s resources better and in how we could get faster access to resources for students and faculty,” Yee says. “I felt that we should do things for the public good and work together. The DPLA was something I felt Michigan needed. We made sure we got it done.”

“Throughout Yee’s career, she worked to advance cross-institutional projects to promote and preserve access to information across the state of Michigan—DPLA is just one example,” said Julie Garrison, dean of WMU Libraries. “Yee served as a champion among her peers and had a unique ability to build collaborative partnerships with her library colleagues, successfully getting libraries to commit staff and financial resources to numerous efforts over the years.”

Yee’s role in leading libraries forward state-wide and mentoring others in the profession profoundly impacted many around the state, including WMU Libraries’ associate dean, Paul Gallagher.

“Many of us have enjoyed someone in our career who has inspired us to do more, to go farther, and reach for things that seem unobtainable. For more than a few of us, Yee has been that kind, graceful, and ever-present voice that helped us realize we could provide greater service as leaders,” Gallagher said.

“While her legacy as a Wayne State dean speaks for itself, her efforts to support the next generation of leaders has an impact that cannot be calculated.”

Yee closely worked with students throughout her library career and was well-known as a supporter and collaborator with students at Wayne State.

“One of the best things that happened in my career was receiving the first Administrator of the Year award from the Wayne State student senate,” Yee said. “It was the first award of its kind ever given. I was honored to be chosen because of my work with students.”

“We figured out how to work together to make a library that worked for them—the library experience that they wanted.”

Now happily retired, Yee is giving back to Western to help future Broncos pursue their passions and impact the world. “WMU provided a wonderful experience to me and many people, and I hope it continues to do so for many years to come.”