Middle East expert to talk about 'Engaging the Muslim World' 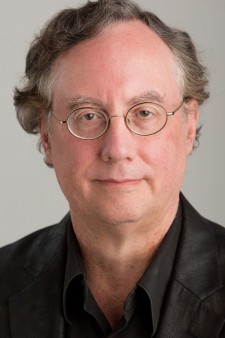 KALAMAZOO, Mich.—In the wake of recent terrorist attacks in Paris and Mali and an increasing level of fear and hostility toward Muslims across North American and European nations, renowned Middle East expert Dr. Juan Cole will discuss how misconceptions about Islam affect America's social and political climate at 6 p.m. Wednesday, Dec. 9, in the Fetzer Center at Western Michigan University.

The talk is part of the Department of Comparative Religion's Islam in Global Perspectives speaker series.

Cole takes multiple perspectives into account in his analysis of history and politics in which he offers fresh insights into understanding how specific historical, social, and cultural factors shape the present climate. This talk will provide the larger WMU community a nuanced and in-depth interpretation of the contradictory and at times confounding agendas fomenting current conflicts in Syria, Iraq and the Greater Middle East.

Cole is the Richard P. Mitchell Collegiate Professor of History at the University of Michigan. For three decades, he has sought to put the relationship of the West and the Muslim world in historical context. His most recent books include "Engaging the Muslim World" and "Napoleon's Egypt: Invading the Middle East." He has been a regular guest on PBS's Lehrer News Hour and has also appeared on ABC Nightly News, Nightline, the Today Show, Charlie Rose, Anderson Cooper 360, Countdown with Keith Olbermann, Democracy Now! and many others.

In addition to his extensive writings on Egypt, Iraq and South Asia, Cole also covers the politics of Pakistan, Afghanistan and Iran in his regular column at Salon.com. Cole continues to study and write about contemporary Islamic movements, whether mainstream or radical, whether Sunni and Salafi or Shiite.

Fluent in Arabic, Persian and Urdu, Cole reads some Turkish, and knows both Middle Eastern and South Asian Islam. He is president of the Global Americana Institute, a nonprofit project that aims to translate important books by great Americans and about America into Arabic. He has lived in various parts of the Muslim world for nearly 10 years, and continues to travel widely there.

The talk is free and open to the public. Complimentary parking for the event is available in Lot 72-F. For overflow, people should use Lot 61.

The Islam in Global Perspectives Speaker Series, now in its third year, calls together experts from a range of scholarly and activist backgrounds to examine how people use Islam as a globalized moral, legal and cultural system. The goal of the series is to spark campus and community-wide discussion on themes critical to understanding contemporary Muslim cultures and societies.

The next speaker will be Dr. Samer Ali from the University of Michigan slated for Monday, Feb. 8. He will speak on "Before the Naked Ape: al-Tawhidi Performs the Animal Self in a Sphere of Political Participation."