KALAMAZOO, Mich.—College of Arts and Sciences faculty are thought leaders their fields, and the nation's top organizations are taking notice. Two professors are among talented scholars recently tapped by federal programs to lead and guide important research projects. 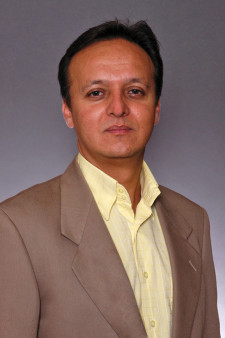 Bautista will be based at NASA headquarters in Washington, D.C. where he will be "managing their science portfolios and the different telescopes and missions they are running" as well as the calls for proposals for new projects.

The probe mission, a new $1 billion program, is the second largest mission currently being run. Bautista's main field of research has been in laboratory astrophysics. This field has recently been prioritized for growth in the Decadal Survey of Astronomy and Astrophysics 2020 of the National Academies of Sciences, Engineering and Medicine.

Bautista is most looking forward to gaining a broader perspective of the astrophysics field.

"One can get involved in a very narrow field of study. You interact with a few people around the world, but then you see that there are so many other areas and expertise and things going on that we miss sometimes. At NASA, I will be seeing all of that—all the missions, all the people, all the money and how it all works to make real progress in science and space exploration."

This summer, Bautista will lead a joint study of laboratory astrophysics involving NASA, the American Association for the Advancement of Sciences and the National Science Foundation.

Already, Bautista is finding the language of bureaucracy to be a bit of a challenge—but one he is motivated to work on. This new experience will give him a fresh perspective on administration and research, and this can only help the University with its growth upon his return. It will also help him to better communicate to students the things that are happening beyond the campus environment and beyond the narrow scope of their own study.

"At Western we have some excellent faculty who can connect and compete at the international and national level at the highest positions of leadership, and I am happy to represent that. We have to push for more research at our university. We need to stay engaged with the national scene." 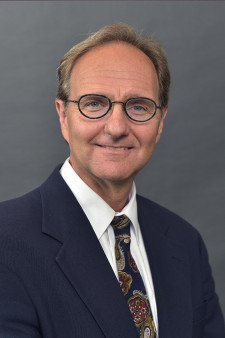 Dr. Mark Hurwitz, professor of political science, completed a two-year appointment with the National Science Foundation's (NSF) Law and Science Program—a multi-disciplinary program that funds scientific research on issues that are related to the law—in 2021. He was able to explore areas outside of his personal expertise during the experience, working on interdisciplinary research projects with experts from an array of fields.

He was tapped for the rotation shortly after he wrapped up a two-year appointment as a program officer for the NSF, where Hurwitz was primarily responsible for the Law and Science Program. He was involved not only in funding research projects but in updating solicitations on what areas the NSF would like to see future research directed toward, while leaving the call for proposals open to specific areas of focus.

One program he was particularly proud of collaborating on during his second rotation was Navigating the New Arctic, which is one of the NSF's 10 Big Ideas "that will drive important aspects of NSF's long-term research agenda, push forward the frontiers of U.S. science and engineering research, and lead to new discoveries and innovations."

According to Hurwitz, the remarkable thing about the NSF is that the agency looks to fund scientific research, but it doesn't decide what the research should be. The foundation believes research in certain areas is important but looks to the scholars to tell it what the research should be focusing on in those areas. This approach results in "interesting, novel, creative funding grant proposals" from researchers. "It's bottom up, so it lets the research community tell NSF what's the good research. And they convince us what should be funded." It's also very forward looking. "What's transformative? What's creative? What's different about this? What type of research are you going to fund that's looking at things so differently that it can change the nature of the extant literature?"

The NSF also encourages staff and program officers to spend time in areas outside their personal expertise, allowing them to expand their experience and knowledge base as well as gain skills to communicate across disciplines which fosters collaboration. To that end, Hurwitz spent a period with the Office of Advanced Cyberstructure.

"Everybody (at the NSF) is rooting for each other. You don't have these silos competing against each other," says Hurwitz, who plans to make an effort to carry that collegial mindset with him back at WMU. He was made a faculty fellow in the Office of Research and Innovation where he is the Director of Special Initiatives. Essentially, he works to put together teams of researchers here at Western to submit competitive proposals to some of the NSF) programs about which he has knowledge and experience. "There are ways of working collegially and collaboratively for the mutual benefit of everyone. It doesn't always work, but when it does, it's really rewarding."

Funding from the NSF can truly change the course of a scholar's career. It is particularly beneficial for young researchers, including graduate students, who are just starting out, especially at smaller schools that don't offer a large start-up package to set them on their research path.