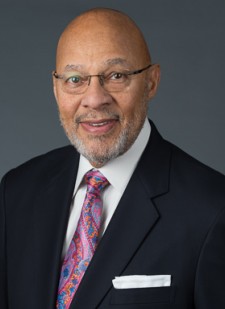 The Honorable Dennis Archer (B.S.'65, Special Education), recipient of the CEHD Outstanding Alumni Award, is chair emeritus of Dickinson Wright PLLC and CEO of Dennis W. Archer PLLC. Since graduating from WMU, he has served as a public school teacher, attorney, Michigan State Supreme Court justice, and the 59th mayor of Detroit.

During Archer’s two terms in office, he worked to successfully lower unemployment and initiated over $20.2 billion worth of new projects in city development. While mayor, Archer was named "Public Official of the Year" by Governing magazine and one of the "25 Most Dynamic Mayors in America" by Newsweek Magazine. 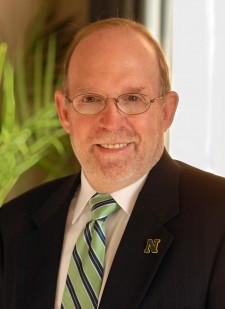 Dr. Fritz Erickson (B.S.'80, Elementary Education), recipient of the CEHD Outstanding Alumni Award, is the 15th president of Northern Michigan University, a position he has held since 2014. At the university, Dr. Erickson is known for his strong student-centered decision-making and for successfully developing university partnerships with the community, businesses, industry and K-12 schools.

Prior to his tenure at NMU, Dr. Erickson served as provost and vice president for academic affairs at Ferris State University. He also held administrative positions at the University of Wisconsin-Green Bay, Eastern Washington University and Michigan Technological University. Erickson is the author of a technology book series and has written numerous magazine and journal articles.

Dr. Erickson has published textbooks based on a pedagogical model designed to enhance learning outcomes, as well as books on the topics of youth suicide and children with reading problems. 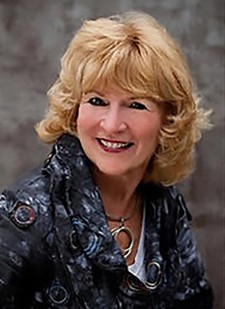 Dr. Carol Whitney (B.S.'66, Elementary Education; M.A.'69, Teaching) is the founder of Gifted Services of Ohio, where she runs a practice for gifted individuals. She developed the first Olentangy and Dublin, Ohio gifted programs which included the first Highly Gifted Magnet Program for the state.

She completed her Ph.D. at The Ohio State University, where she taught graduate level classes in cognition and learning styles.

Author of four books on gifted education, Dr. Whitney has also been published in numerous journal articles and textbooks. She has made several radio and television appearances discussing how to successfully build the lives of gifted individuals.