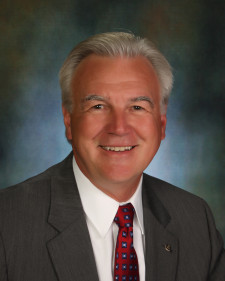 Mark Bielang (B.S. ’74 Industrial Education; M.A. ’81 Educational Leadership) is Superintendent of Portage Public Schools, a position he has held since 2013. Prior to this role, Bielang was Superintendent of Schools in Paw Paw, Michigan for 18 years. He started his educational career as an Industrial Education/Building Trades teacher in Three Rivers, Michigan where he went on to become an assistant high school principal. He also served as principal at Central Montcalm High School in Stanton, Michigan and Ionia High School in Ionia, Michigan. He served as president of the Michigan Association of School Administrators (MASA) in 2005-06 and president of the American Association of School Administrators (AASA) in 2009-10. Bielang takes great pride in building strong foundations for great organizations. While in Paw Paw, he oversaw the construction of a new high school and elementary school in addition to major renovations of other district facilities. In Portage, he helped facilitate the passage of the two largest bond proposals in district history. The first resulted in two new middle schools, natatoriums at the two high school campuses, and new stadiums and athletic event facilities at each high school and the second will allow for, among other facility improvements, the replacement of the district’s five oldest elementary schools. 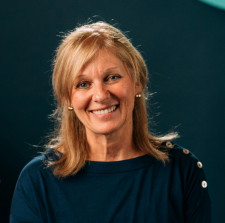 Dr. Sandy Standish (B.S. ’79 Business Education; M.A. ’85 Counseling, Ed.D ’04 Educational Leadership) recently retired in 2020 after serving as a Kalamazoo County educator for 41 years. For 32 years, Sandy worked for Comstock Public Schools as a teacher and administrator, retiring as the superintendent in 2011. During her tenure with Comstock, the school system was selected by the State of Michigan as one of ten Project Reimagine districts. Dr. Standish was also recognized as Region 7’s Superintendent of the Year in 2011, as a YWCA Woman of Achievement recipient, and received Communities in Schools Diether Haenicke Promise of Excellence Award. Upon her first retirement, Sandy then took on the role as the founding director of Kalamazoo County Ready 4s. She spent the next nine years collaborating with community partners to build a system of high-quality pre-kindergarten for all children living in Kalamazoo County. Since her retirement, Sandy continues to serve on local boards. 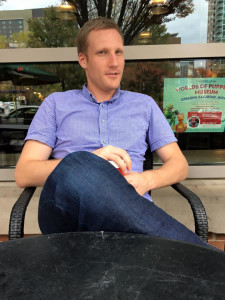 Dr. Matthew Wittbrodt (M.S. ’12 Exercise Physiology) is a Senior Data Scientist at Northwestern University School of Medicine in the Department of Anesthesiology. Following graduation from the Exercise Physiology program, Wittbrodt completed a PhD in Applied Physiology from the Georgia Institute of Technology in 2018 and then completed a post-doctoral fellowship in Psychiatry at Emory University School of Medicine investigating the efficacy of novel wearable devices to mitigate the effects of trauma and PTSD. His research on neural and cognitive effects resulting from dehydration has been profiled by media outlets such as NPR, Forbes, Newsweek, Popular Science, Reuters, Runner’s World, and CNN. Wittbrodt’s current role employs machine learning and artificial intelligence to improve healthcare by developing tools to assist clinician diagnosis and automating clinician workflows at Northwestern Memorial Hospital, a top-ten ranked hospital by U.S. News & World Report, and its affiliates. To date, Wittbrodt has published 30 peer-reviewed papers, two book chapters, and has spoken at a highlighted symposium at the American College of Sports Medicine Annual meeting. 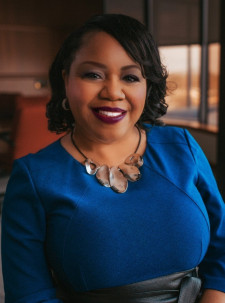 Dr. Alandra Washington (PhD ’11 Educational Leadership) is vice president for Transformation and Organizational Effectiveness at the W.K. Kellogg Foundation in Battle Creek, Michigan. In this role, she supports the foundation’s efforts to promote thriving children, working families and equitable communities by supporting the president and CEO in advancing development, implementation and oversight of enterprise wide transformation efforts, implementing organizational redesign, change management and efficient operations to maximize overall organizational performance excellence. She has more than 25 years of experience leading nonprofit and philanthropic organizations, serving on boards and committees across the nonprofit sector. She was honored as the inaugural recipient of the of Asian Americans/Pacific Islanders in Philanthropy’s (APIP) 2012 Banyan Tree Award for her extensive work and support of community philanthropy initiatives across the Asian American and Pacific Islander communities. She has authored publications related to education, philanthropy and community engagement. When she joined the Kellogg Foundation in 2002, Washington served as program director on the Philanthropy and Volunteerism team. Prior to that, she was chief executive officer of The Greater East St. Louis Community Fund and served as the executive director for the New Spirit Organizing Office of East St. Louis before that.