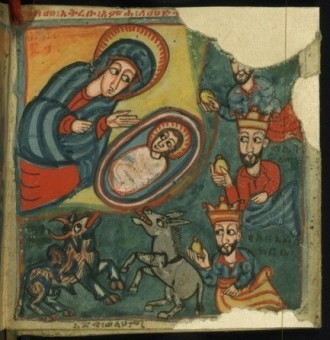 Series editors and advisory board

To submit a proposal or completed manuscript to be considered for publication by Medieval Institute Publications or to learn more about the series, contact Tyler Cloherty or Emily Winkler, the acquisitions editors for the series.

The series' Advisory Board comprises:

Women, Ethnicity, and Identity in the Early Syriac Church

This is the first full-length study of women in the early Syriac church.  It offers an analysis of the place of Syriac women in the church, and in doing so identifies the ways that one minority tradition struggled to identify itself.  Relying mostly on narrative accounts of female saints and martyrs, it distinguishes between ecclesiastical and devotional interests, and argues that the representation of women in Syriac texts offers a view of Christians on the social and ecclesiastical periphery.

The Reception and Use of Monastic Literature: Text Creation and Community Formation

This volume explores how Greek and Latin authors across the Mediterranean and Europe deployed related texts to form monastic communities in different veins. Using the Apophthegmata Patrum as an exemplar, Zachary B. Smith argues that late antique, early medieval, and Byzantine authors selectively utilized monastic sayings texts to form their particular monastic worlds.

The Language of Heresy in Late Medieval English Literature

This book examines the way in which late medieval English writers complemented seemingly straightforward terms, like heretic, with a range of synonyms that complicated the definitions of both those words and orthodoxy itself. This text proposes four specific terms that become synonymous with heretic in the parlance of medieval English writers of the 14th and 15th centuries: jangler, Jew, Saracen, and witch.

Embedded within the texts of (1) The Scilitan martyrs, (2) The account of Montanus, Lucius, and their Companions, (3) The martyrdom of Marian and James, (4) and The martyrdom of Cyprian of Carthage there is a powerful guide for living in the aftermath of trauma. This book vividly demonstrates that such hagiographies played a vital role for helping trauma survivors recover and live in the aftermath of disaster.

Using a range of European texts as well as Japanese texts in translation, this monograph argues that European constructions of Japan as a potentially Christian country shaped Western views from the early modern contact period through Japan’s Tokugawa-era isolation until the late nineteenth century.