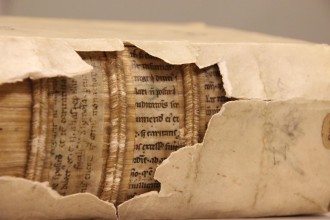 Premodern Transgressive Literatures takes a decisively political, intersectional, and interdisciplinary approach to medieval and early modern literature. The series supports scholarship which transgresses normative bounds along various axes. This includes the transgression of temporal boundaries which superficially separate the premodern era from our twenty-first century moment.

This series is acutely aware of the role of the scholar in the production of history and the crucial importance of the context of scholarly work: the Academy, with its unique characteristics, both positive and negative. As such, Premodern Transgressive Literatures makes space for provocative discussion about the business of producing—and teaching—transgressive work in the neo-liberalized Academy.

Transgressive Canon: Rethinking canonical, establishment authors and, where relevant, problematizing past approaches and assumptions. Projects in this strand deconstruct the canon from an “insider” position, one founded upon close attention to canonical texts and their authors. Volumes in this strand work to show both the richness of the material at hand, whilst also allowing for nontraditional and overlooked approaches with which to reconsider and reorient the canon itself.

We seek editors for the following volumes:

NB. Transgressive Canon (TC) volumes require an overall Introduction (typically produced by the volume editor) summarizing, if briefly, the ways in which a given author, text, or key concept has been understood in scholarship historically. Whilst there is no set structure for TC volumes, appropriate thematic groupings could include:

We invite applications from scholars who wish to take on the role of editor of any of our TC volumes. Alongside application for listed titles, we welcome pitches for volumes on relevant topics and authors. In both instances, please send a proposal portfolio, as detailed below, to  Shannon Cunningham. Shannon is also happy to hear from scholars with queries about the series, TC volumes or the application process.

Please ensure that your proposal portfolio contains the following:

Premodern Transgressive Literatures is committed to a transparent, ethical selection process. For that reason, we follow the steps below when selecting editors for TC volumes:

Transgressive Texts and Approaches: Studies of subversive, understudied, and weird medieval texts are solicited here, drawing sustained attention to material which has otherwise been neglected, dismissed, or misunderstood. In parallel, this strand highlights innovations in methodological and theoretical approaches to premodern material, drawing out why such interventions are important and what they have to offer to today’s readers.

Transgressive Academy: Extended discussions of transgressive and progressive pedagogy and scholarship in the Academy, including—e.g., teaching practices to combat white supremacy, talking about sexual assault in the classroom, and innovative methods to inspire a new generation of scholars. We also embrace projects which speak openly about what it means to transgress the normative blueprint of a “typical academic”—i.e., those of us who do not look much like the “default” of a cis-het able-bodied white older man, and how that impacts our careers, our pedagogy, and our scholarship.

Geographical scope: Global, including but not limited to Europe, the Mediterranean, Asia 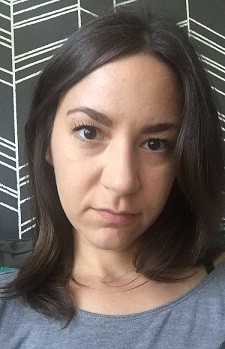 Proposals or completed manuscripts to be considered for publication by Medieval Institute Publications should be sent to Shannon Cunningham, acquisitions editor for the series.

This volume reveals shocking parallels with medieval equivalents of today’s nasty women—female figures similarly caricatured as unruly and unnatural and generally dangerous for society. Specifically, because of their repeated association with the act of spinning and the tools associated with that act—the distaff—Hill-Vásquez refers to these figures as “spinning women” who are likewise characterized and criticized for their apparently excessive speech, general disorderliness, and overall tendency to disrupt male power and authority.