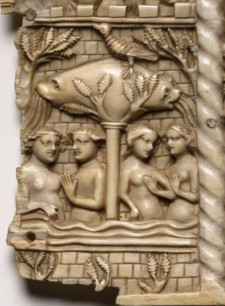 Panel from a Casket with Scenes from Courtly Romances, 1330-1350 or later, Cleveland, The Cleveland Museum of Art, John L. Severance Fund, 1978.39.b. Public Domain.

New Queer Medievalisms explores new directions in the study of queer, gay, lesbian, transgender, intersex and asexual medieval identities and simultaneously expands the work of the queer Middle Ages beyond early English and continental studies. This series extends the important work of investigating the intersection of queer theory with the study of the Middle Ages by expanding the conception of queerness and queer identity. Almost every area of Medieval Studies has a dedicated group of scholars interrogating the connections between medieval topics and Queer Studies. This series will provide these scholars with a new venue dedicated to their work while also bringing new scholarly and geographic specialties into the conversation.

Series editors and Advisory board

To submit a proposal or completed manuscript to be considered for publication by Medieval Institute Publications or to learn more about New Queer Medievalisms, please contact Tyler Cloherty, the acquisitions editor for the series.

The series' Advisory Board comprises: 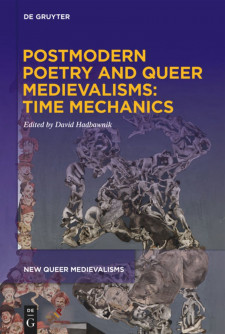 The poets under consideration in this volume demand that readers grapple with the ways in which we are still “medieval” – in other words, the ways in which the questions posed by their medieval source material still reverberate and hold relevance for today’s world. They do so by challenging the primacy of present over past, toppling the categories of old and new, and suggesting new interpretive frameworks for contemporary and medieval poetry alike -- in short, by “queering” our poetic past. 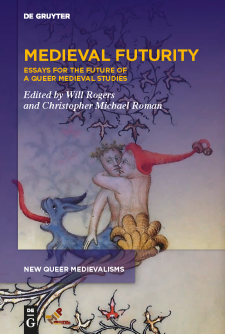 Medieval Futurity: Essays for the Future of a Queer Medieval Studies

Edited by Will Rogers and Christopher Michael Roman

This collection of essays asks contributors to take the capaciousness of the word "queer" to heart in order to think about what medieval queers would have looked like and how they may have existed on the margins and borders of dominant, normative sexuality and desire. The contributors work with recent trends in queer medieval studies, moving away from imposing modern concepts of sexuality and desire onto the Middle Ages, and instead mapping the queer configurations of eroticism, desire, and materiality as they might have existed for medieval audiences.