"Medieval People" builds upon what its precursor, "Medieval Prosopography," sought to do: it is dedicated to highlighting the experiences of unknown or obscure individuals or groups, as well as exploring the social networks that gave shape to the lives of all medieval people. The journal has been updated, however, to reflect the new trends in scholarship and the ever-growing number of tools available to scholars, as well as the rich offerings of digital humanities projects that can assist scholars in developing a deeper and more inclusive understanding of the medieval world. Therefore volume 35 of "Medieval Prosopography" will be the last volume available in print, while volume 36, coming in 2021, will be the first volume under the title "Medieval People" and the first online-only volume of the journal (articles can be printed by subscribers).

Taking Eileen Power’s classic book "Medieval People" as a touchstone, the inaugural volume of the journal will contain articles that correspond directly with the narratives in Power’s volume, such as Constance Bouchard’s updating of “The Peasant Bodo.” But the focus of the journal has also been updated and expanded to include articles on medieval people who were not included in the original work, including, for instance, Nicole Lopez-Jantzen’s examination of Lombard queens and Lucy Barnhouse’s discussion of the relationship of the sick and destitute with a German monastery. These articles align with the journal’s mission to promote the study of overlooked or understudied medieval people and groups.

To highlight how the study of the past has transformed and broadened, consideration of the tools that scholars can now employ to detect relationships not known heretofore, but also to recover the experiences of people whose stories would otherwise remain unretrievable, will also be included. Courtney Luckhardt, for example, uses social networking software to trace the relationships between pilgrims traveling to Jerusalem.

Volume 36 is forthcoming, but here is a sneak peek at its contents! 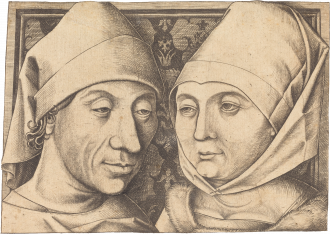 Lives of the Sisters of Syon Abbey: Patterns of Vocation from Syon Martiloge and Other Records by Virginia Bainbridge
A Businesswoman and Her Paper Trail: Documenting Women's Economic Lives in Medieval Egypt by Jessica Goldberg
The Diplomatic Career of Sir John Colville (ca. 1365–ca. 1447) by Gil Bogner
Serfs and Free Peasants on a Ninth-Century Manor by Constance Bouchard
"A Certain Poor Woman": Vulnerability and Visibility among Hospital Donors and Tenants by Lucy Barnhouse
The Children of Louis VI of France and Adelaïde  of Maurienne, and the Date of a Historical Compendium of Saint-Denis  by Elizabeth A. R. Brown
Manumission, Patronage, and Family Networks in Late Medieval Crete by Rena Lauer
Royal Women in Lombard Italy: Gender and Royal Power by Nicole Lopez-Jantzen
From Digital Prosopography to Social Network Analysis:  Medieval People in the Twenty-First Century by Matthew Hammond
Visualizing the Social Networks of Early Medieval Pilgrims Courtney Luckhardt
Digital Prosopography and the Medieval Londoners Project by Maryanne Kowaleski
Networks of Crusading: An Overview of Digital Resources for Research into People, Space, and Place by Katy Mortimer
The Cartulary of Prémontré: People, Places, and Networks from Medieval to Digital by Yvonne Seale and Heather Wacha
Life-Writing on Lead: Burial Plaques and Their Obituaries, 1000–1200 by Liesbeth Van Houts
Complicated Lives and Collaborative Research: Mapping the  Effects of Conversion to Christianity  on Jewish Marriage Practices  in Late Medieval Girona by Dana Wessell Lightfoot and Alex Guerson

All past volumes of "Medieval Prosopography" are available on our ScholarWorks platform.

"Medieval People" is published annually in a digital format. Journal subscriptions and orders of individual issues, which can also be printed on demand, are handled by our distributor, ISD. Subscription pricing is as follows: subscribe

Keep an eye on this section, details coming soon!

This journal explores the lives of medieval people of all ranks, periods and places in the medieval world and welcomes submissions that explore a single life, that highlight the important social bonds of an individual or group, or the study of social networks from late antiquity to the sixteenth century. If the editors believe the article is suitable for publication in the journal, it will be evaluated by experts in the field. Articles in the major European languages are invited and will be published in their original language. Please submit articles through the journal's ScholarWorks page, and contact the editors with any questions about submissions.

Submitted articles cannot have been previously published, nor be forthcoming in an archival journal or book (print or electronic). Please note: "publication" in a working-paper series does not constitute prior publication. In addition, by submitting material to "Medieval People," the author is stipulating that the material is not currently under review at another journal (electronic or print) and that he or she will not submit the material to another journal (electronic or print) until the completion of the editorial decision process at "Medieval People."