Western Michigan University has a longstanding interest in medieval monasticism, as epitomized by its Center for Cistercian and Monastic Studies. 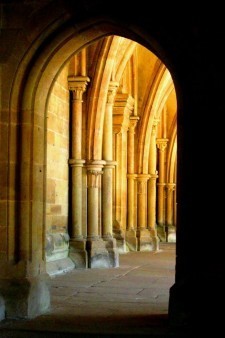 This series follows the Center’s interest in monastic movements amid broader religious traditions. It explores the everyday life of monastic individuals and the collective experience of religious communities, and the nature of asceticism and monasticism, as well as monastic institutions, patronage or property. The series also welcomes research on both Western and Eastern Christian communities along with non-Christian religious traditions during the period 500–1500 CE. 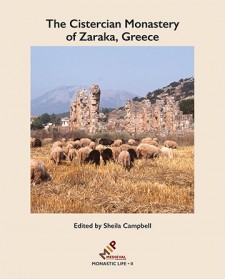 The Cistercian Monastery of Zaraka, Greece

An archaeological study of the monastery of Zaraka in Greece, built and developed by Cistercian monks for forty years during the Frankish Crusader period. 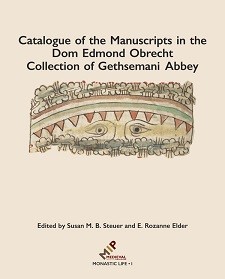 Edited by Susan M. B. Steuer and E. Rozanne Elder

This catalogue describes an American manuscript collection owned by the Trappist abbey of Our Lady of Gethsemani in Kentucky (the house of Thomas Merton) the eclectic collection includes medieval manuscripts as well as materials of interest for the study of the French Revolution.

Using the vitae of thirty women deemed holy by their contemporary communities, this book analyzes the spiritual landscape these women inhabited, and how they circulated through religious and lay environments. The thirteenth and fourteenth centuries marked a period of proliferation of Italian female saints, and their vitae present a wide variety of religious practice and experiences. This book aims to track the function and structure of lay women’s experiences, challenges, and opportunities within urban Italy.

This volume seeks—through the work of a number of experts in various fields—to explore monastic life as embodied by Carthusian monks and nuns. Medieval and Early Modern Carthusians are omnipresent in a number of topics in medieval studies—literature, history, art, religious life, and the development of intellectual and theological thought. Moreover, these religious men and women were significant contributors to Medieval and Early Modern culture, society, and spirituality. Despite Carthusians' influence and popularity during this time, they have often escaped scholarly attention. As a multi-pronged and interdisciplinary study, this volume offers a comprehensive, yet nuanced re-examination of the Carthusian way of life: one that often challenges long-standing assumptions about the Carthusians and their place within Western Christianity and civilization. The breadth and depth of this volume will appeal not only to the seasoned scholar and graduate students, but also to newcomers to the field.