The Secular Commentary Series provides modern English translations of medieval texts that analyze, annotate and explicate classical and vernacular works. Dating from the fourth through the sixteenth century, these texts represent various traditions (grammatical, allegorical, exegetical, academic and humanistic). The works they elucidate include poetry, fiction, history, philosophy and scientific treatises. Each volume of the series contains a critical introduction and select bibliography, a clear prose translation and notes designed to gloss difficult passages. The aim of the series is to support teaching in the broadest sense: the volumes are suitable for the classroom and serve as an aid for scholars and generalist readers across the full range of the humanities.

Proposals or completed manuscripts to be considered for publication by Medieval Institute Publications should be sent to Tyler Cloherty, acquisitions editor for the series, or the series editor, Robert R. Edwards, Pennsylvania State University.

Brunetto Latini's "La rettorica" is the first Italian translation of Cicero's early and widely influential work "De inventione," and this volume is a translation of Latini's translation and includes both Cicero's work and Brunetto's commentary. 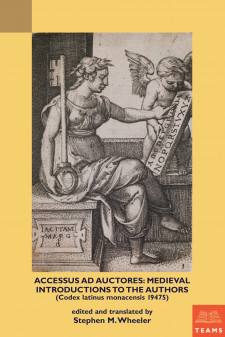 Medieval commentaries typically included an "accessus," a standard type of introduction to the author or book. In the twelfth-century these introductions began to be excerpted and collected in anthologies, referred to by modern scholars as "accessus ad auctores" ("introductions to the authors"). 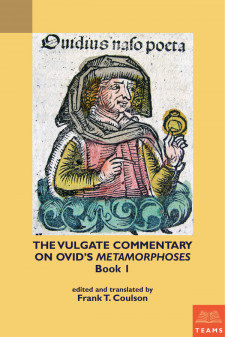 Buy The Vulgate Commentary on Ovid's "Metamorphoses," Book 1 at ISD

Edited and translated by Kyle Gervais

The renowned scholar-poet John of Garland wrote the Integumenta Ovidii (“Allegories on Ovid”) in early thirteenth-century Paris at a time of renewed interest in Classical Latin literature. In this short poem, John offers a series of dense, highly allusive allegories on various Greek and Roman myths in Ovid’s Metamorphoses. This important but difficult work has fascinated and challenged generations of modern students and scholars. The text is here edited and translated for the first time in 90 years, drawing on the evidence of over two dozen manuscripts. Comprehensive explanatory notes help readers to understand John’s condensed allegories in their medieval context. Textual notes discuss the various difficulties in the transmitted text of the poem, and offer several improvements on the texts of the older editions.