The TEAMS Documents of Practice Series is designed for classroom use. Its goal is to make available to teachers and students volumes that contain translations of selected primary documents that illustrate various aspects of the life experience of medieval men and women. By making some of the matter of historical generalization available to students, the series enlivens efforts to understand what medieval people thought and felt as they moved through the major passages of their lives.

Proposals or completed projects to be considered for publication by Medieval Institute Publications should be sent to Tyler Cloherty, acquisitions editor for the series, or the series editor, Joel T. Rosenthal, emeritus, State University of New York, Stony Brook.

The advisory board comprises: 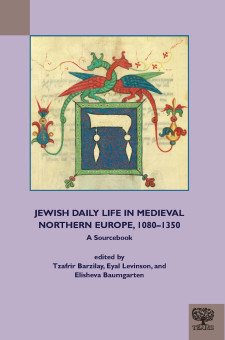 Designed to introduce students to the everyday lives of the Jews who lived in the German Empire, northern France, and England from the 11th to the mid-14th centuries, the volume consists of translations of primary sources written by or about medieval Jews. Each source is accompanied by an introduction that provides historical context. Through the sources, students can become familiar with the spaces that Jews frequented, their daily practices and rituals, and their thinking. The subject matter ranges from culinary preferences and even details of sexual lives, to garments, objects, and communal buildings. The documents testify to how Jews enacted their Sabbath and holidays, celebrated their weddings, births and other lifecycle events, and mourned their dead. Some of the sources focus on the relationships they had with their Christian neighbors, the local authorities, and the Church, while others shed light on their economic activities and professions. 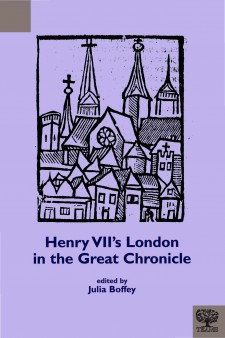 This modernized extract from The Great Chronicle of London covers the reign of England’s first Tudor king, Henry VII (1485-1509). It gives an eye-witness account of events in London, and of news from elsewhere, from the viewpoint of a well-to- do citizen who was closely involved in civic administration. It describes many notable public events: riots and uprisings, executions, coronations, royal marriages and funerals, and ceremonial activities involving the mayor and aldermen. Its year by year entries also cover matters like the weather, the cost of living, taxes, and the effects of building work undertaken in the city. Although its compiler worked to a scheme common to other London chronicles from the period, he was ready to express his own views on a number of matters, and wrote with keen observation and occasional wit.

Buy Henry VII's London in the Great Chronicle at ISD 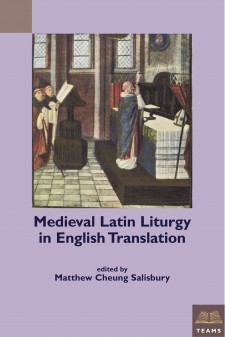 In this volume, readers experience, in English translation, the colorful and varied textual fabric of the most important literary and creative repertory of the Middle Ages: the Latin Liturgy. 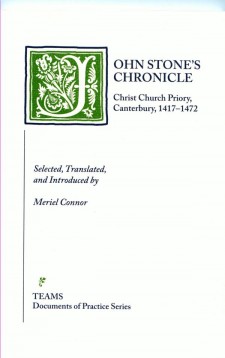 It is the purpose of this small book to offer to the reader selections from Stone's modest compilation of the internal life of his own monastic community—obituaries of monks, the celebration of the liturgy, even the weather—set against the wider events of the tumultuous fifteenth century in England. 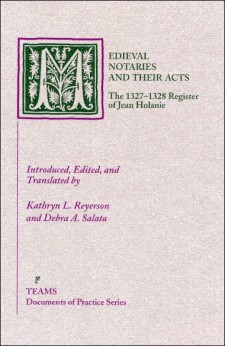 Medieval Notaries and Their Acts: The 1327–1328 Register of Jean Holanie

Introduced, edited and translated by Kathryn L. Reyerson and Debra A. Salata

The book explores the beginnings of the continental European notarial tradition, acquainting readers with the format of notarial documents, the books containing notarial acts, and with the variety of notarial acts.

Buy Medieval Notaries and Their Acts at ISD 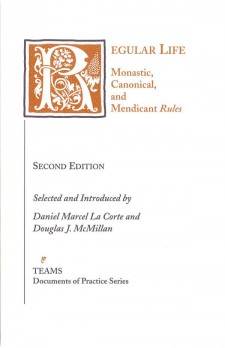 As the editors note in their introduction, "The purpose of this book is to introduce the reader to the "Rules" of life of the major religious orders within the monastic, canonical and mendicant traditions." 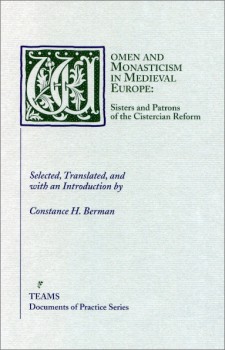 Women and Monasticism in Medieval Europe: Sisters and Patrons of the Cistercian Reform

Selected, translated and with an introduction by Constance H. Berman

A selection of documents, translated primarily from medieval Latin but occasionally from Old French, that show how religious women and their patrons managed resources to make monastic communities—particularly a variety of Cistercian communities—work.

Buy Women and Monasticism in Medieval Europe at ISD 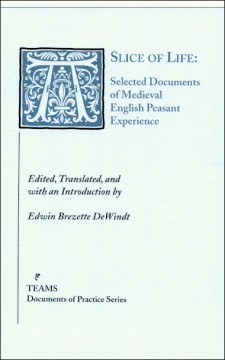 Edited, translated and with an introduction by Edwin Brezette DeWindt

These are the only written materials that permit some measure of personalized contact with specific men and women from the past, so this gives them a special importance.

Buy A Slice of Life at ISD 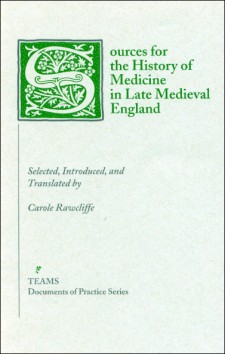 Sources for the History of Medicine in Late Medieval England

The material contained [here] derives from a wide variety of printed and manuscript sources, chosen to give some idea of the rich diversity of evidence available to the historian of English medicine and its place in society during the fourteenth, fifteenth, and early sixteenth centuries. 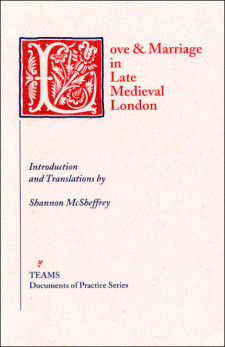 Depositions (or testimony) in marriage cases brought before fifteenth-century English church courts reveal the attitudes and feelings of medieval people towards the marital bond.

Buy Love and Marriage in Late Medieval London at ISD