Festschriften, Occasional Papers, and Lectures publishes occasional volumes in honor of significant scholars of various fields of humanistic study and the premodern past, including: vernacular languages, literatures and cultures; social history and prosopography; popular beliefs and their expression; and more. This series also includes texts of significant public lectures or lecture series in the same fields.

series editor and advisory board

To submit a proposal or completed manuscript to be considered for publication by Medieval Institute Publications or to learn more about the series, please contact Tyler Cloherty or Emily Winkler, the acquisitions editors for the series.

Negotiating Boundaries in Medieval Literature and Culture: Essays on Marginality, Difference, and Reading Practices in Honor of Thomas Hahn

Edited by Valerie B. Johnson and Kara L. McShane

Addressing long-established canonical works such as Chaucer, Christine de Pizan, and Malory alongside understudied traditions and manuscripts, this book will be of interest to literary scholars of the later Middle Ages who work across boundaries of genre, tradition, and chronology. Employing the methodologies of Thomas Hahn—careful attention to texts and their contexts, cross-cultural readings, and theoretically-informed analysis—essays highlight the literary culture of late medieval England afresh while embracing the study of alterity and hybridity within Middle English literature.

Ballads of the North, Medieval to Modern: Essays Inspired by Larry Syndergaard

Larry Syndergaard’s contributions down the decade, to ballad studies--particularly Scandinavian and Anglophone--included dozens of papers and articles, as well as his supremely useful book, English Translations of the Scandinavian Medieval Ballads. Larry’s particular fascination with the vernacular ballads of the northern medieval world are reflected in this collection; topics here range from plot elements such as demonic whales, otherworldly antagonists, and merpeople to thematic issues of genre, religion and sexual mores. This book is a tribute to him.

Buy Ballads of the North, Medieval to Modern at De Gruyter

This volume develops G. R. Russom’s contributions to early English metre and style, including his fundamental reworkings and rethinkings of accepted and oft-repeated mantras, including his word-foot theory, concern for the late medieval context for alliterative metre, and the linguistics of punctuation and translation as applied to Old English texts. 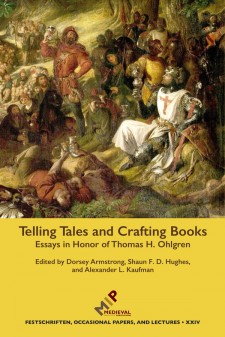 This volume of essays focuses on the tale and its ability to create "mirth," what modern audiences would often define as "happiness" or "joy," and the significance of  the transference of this mirth to audiences. 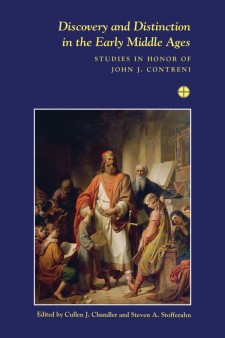 Discovery and Distinction in the Early Middle Ages: Studies in Honor of John J. Contreni

Edited by Cullen J. Chandler and Steven A. Stofferahn

Celebrating the career of one of the most prodigious modern scholars of the early Middle Ages, this collection of essays showcases the vibrancy of early medieval European history, highlighting new perspectives on the Carolingian renaissance in art, court culture, education, politics, religion, travel and Jewish-Christian relations.

Buy Discovery and Distinction in the Early Middle Ages at ISD 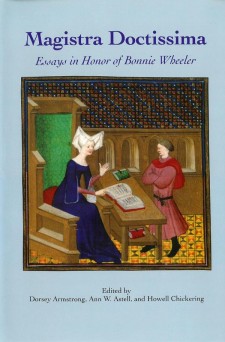 The editors of this volume use its title to honor Bonnie Wheeler for her many scholarly achievements and to celebrate her wide-ranging contributions to medieval studies in the United States. 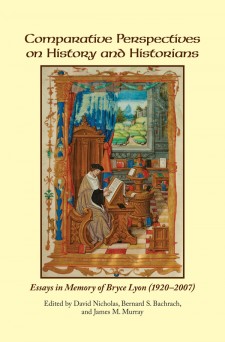 Comparative Perspectives on History and Historians: Essays in Memory of Bryce Lyon (1920-2007)

This volume features a section of appreciations of Bryce Lyon from the three editors, R. C. Van Caenegem and Walter Prevenier, followed by three sections on the major areas on which Lyon's research concentrated: the legacy of Henri Pirenne, constitutional and legal history of England and the Continent and the economic history of the Low Countries.

Buy Comparative Perspectives on History and Historians at ISD 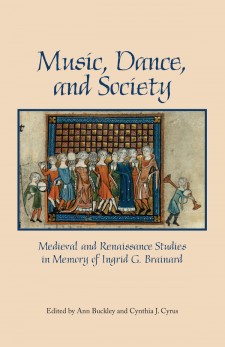 Performative dance and dance history, social history and musicological issues are all explored, touching on topics from the later Renaissance back through the Carolingian Empire. 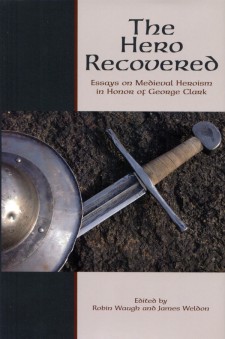 The Hero Recovered: Essays on Medieval Heroism in Honor of George Clark

This volume brings together studies concerning heroes and heroisms in Old English, Old Icelandic, Middle English and modern literature as a tribute to the scholarship and teaching of George Clark. The thirteen essays in this collection appear in print here for the first time.

Buy The Hero Recovered at ISD 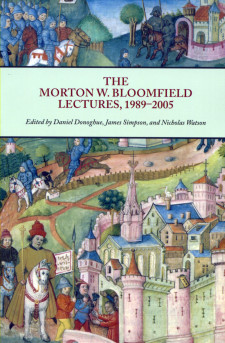 The idea for the Bloomfield Lectures was…[to] reflect to some extent Morton Bloomfield's wide and varied interests—in literature, in the history of philosophy, in language studies, in Judaic studies. 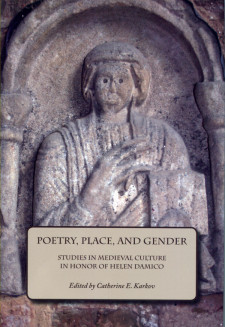 Poetry, Place, and Gender: Studies in Medieval Culture in Honor of Helen Damico

The essays in this collection honor Helen Damico's extensive interests in Old Norse and later medieval literatures as well as her primary focus on Anglo-Saxon studies, embracing Old English poetry, archaeology, art history, paleography, liturgy, landscape and gender. Each of the essays contributes new interpretations, new evidence, even new technologies to further the study of some key medieval works. 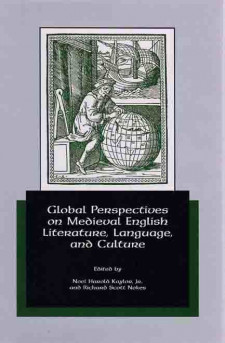 The twelve essays in this volume proceed from a modern fantasy-epic back in time to oral epics that have been transmitted through the technology of manuscripts, and central in the collection are two articles that address Chaucer's Middle English courtly epic, "Troilus and Criseyde." Each, in its own way, presents a global perspective on its subject, whether by comparing texts, by considering textual transmission through translation or by contrasting medieval issues with developing global movements. 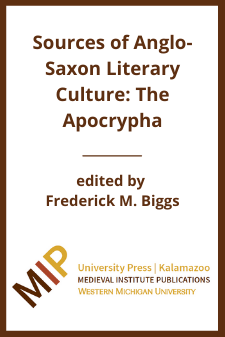 This little volume brings up to date the entries on apocrypha first published in "Sources of Anglo-Saxon Literary Culture: A Trial Version." The entries address almost eighty separate apocryphal texts and are supported by a bibliography of over 480 titles. 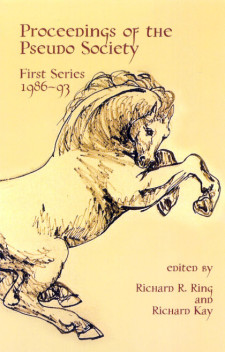 Proceedings of the Pseudo Society

Of all the learned societies in North America, the Pseudo Society is probably the most disreputable and beloved. Long overdue, the present volume collects 23 astonishing breakthroughs from the society's early years (1986–93), plus four more from its predecessor, the American Committee for Jutish Studies (1976) and an appendix listing all the papers presented to date.

To purchase this volume, please contact our publications office. 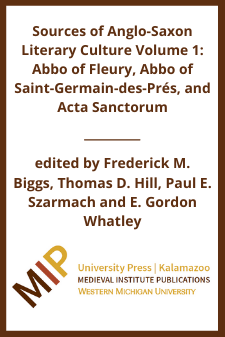 This massive volume is the first in a projected series of publications examining the sources of Anglo-Saxon literary culture…[It is] a major achievement for the scholars involved to produce a framework for a systematic overview of the Latin texts transcribed and transmitted in the Anglo-Saxon period.

To purchase this volume, please contact our publications office. 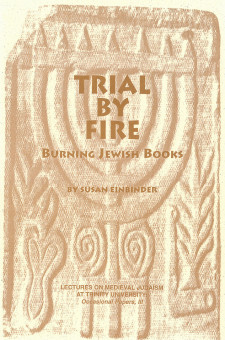 Young poet Meir ben Baruch of Rothenburg "captured the tone of mourning and bereavement following the events of 1242…The polemical and satirical restlessness of DaPiera's poems, the exquisite lyrical imagery of HaLevi's Zionide lament, the longing devotion to the Beloved of vernacular songs, all fuse in a remarkable tribute to Jewish study and students."

Buy Trial by Fire at ISD 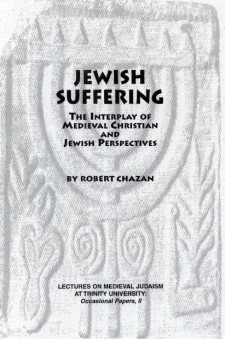 Jewish Suffering: The Interplay of Medieval Christian and Jewish Perspectives

Jewish authors, such as Nahmanides and Rabbi Mordechai ben Joseph of Avignon, asserted that Christian claims of divine favor were erroneous, and that God's promise of redemption for Jews was still valid. These methods to resist Christian assertions of superiority and affirm the grandeur of Jewish experience were essential for the community of Jewish life in the Middle Ages. 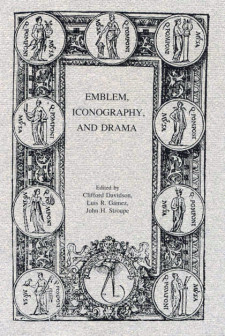 Eight iconographic studies by American, Australian and British scholars focusing on Shakespeare and his contemporaries and the interconnectedness of their art with the visual language of their time. 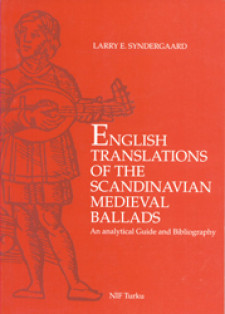 English Translations of the Scandinavian Medieval Ballads: An Analytical Guide and Bibliography

The English-speaking world has made these ballads a major Scandinavian literature in translation, in part finding there its own "primitive" past. Here translations are also seen as cross-cultural dialogue and placed within the empirical discipline of translation studies.

This title is out of print. 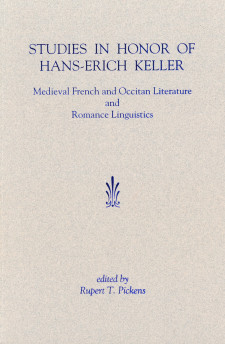 Buy Studies in Honor of Hans-Erich Keller at ISD 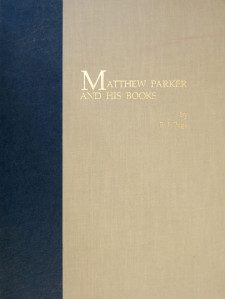 Matthew Parker and His Books: Sandars Lectures in Bibliography Delivered on 14, 16 and 18 of May 1990 at the University of Cambridge

Three lectures, presented before the University of Cambridge, that examine Matthew Parker as a noted collector of books, an avid annotator, and a keen student of Old English. Plates accompany the text to illustrate many characteristic aspects of Parker's interventions in his books.

Buy Matthew Parker and His Books at ISD 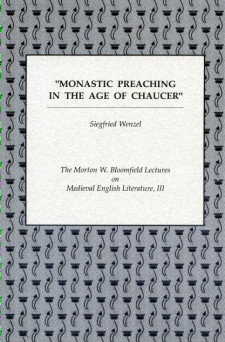 Monastic Preaching in the Age of Chaucer

Buy Monastic Preaching in the Age of Chaucer at ISD 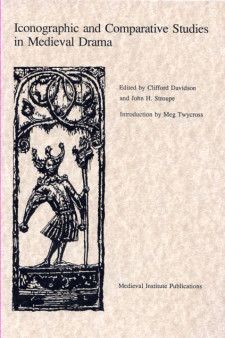 Ten essays that were originally presented at the Sixth Triennial Colloquium of the International Society for the Study of the Medieval Theatre (Lancaster, 13–19 July 1989).

Buy Iconographic and Comparative Studies in Medieval Drama at ISD 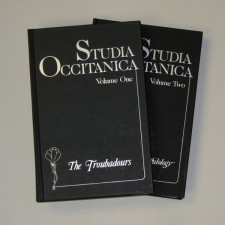 Two volumes dedicated to the memory of Paul Remy, having as their theme the scientific domain to which he had dedicated his research for nearly forty years: the Occitan literature and language. 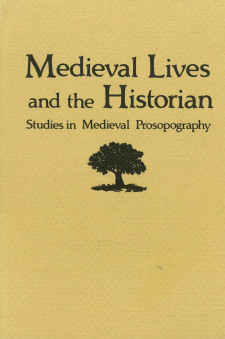 Medieval Lives and the Historian: Studies in Medieval Prosopography

Buy Medieval Lives and the Historian at ISD 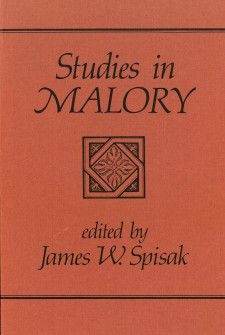 The publication of Sir Thomas Malory’s "Le Morte Darthur" by William Caxton was a signal event in the history of English literature and printing. Compiled to mark the five-hundredth anniversary of that occasion, this volume contains critical studies of Malory’s work, supplemented by essays that place that work in the larger context of Caxton's canon. The different approaches and methodologies in the essays reflect the variety of means through which an understanding of the "Morte" has been sought.

Buy Studies in Malory at ISD 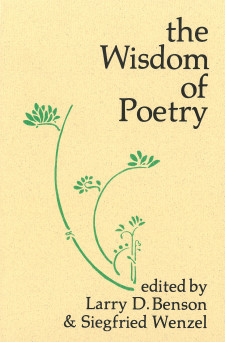 The Wisdom of Poetry: Essays in Early English Literature in Honor of Morton W. Bloomfield

A collection of wise and witty essays by some of our wisest and wittiest scholars in honor of one of our field's wisest wits.

Buy The Wisdom of Poetry at ISD