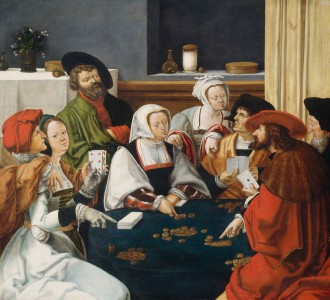 Ludic Cultures treats medieval and early modern play in all its innumerable eccentricities. Building on the work of Johan Huizinga, as well as that of Roger Caillois and Bernard Suits, these monographs and essay collections conceive of play as a phenomenon that extends well beyond leisure activities and child's play, finding expression in virtually every facet of cultural production. The series promotes the documentation of complex cultural practices that have thus far eluded traditional disciplinary models. These interdisciplinary works make visible varieties of thought and action that until recently seemed impossible to trace, while contributing to growing interest in what Huizinga once rightly called “the play element of culture.”

The series welcomes the submission of both monographs and essay collections that view cultures in Europe and the Americas between 1100 and 1700 through the lens of play.

Proposals or completed manuscripts to be considered for publication by Medieval Institute Publications should be sent to Tyler Cloherty or Emily Winkler, the acquisitions editors for the series, or the series editor, Michael A. Conrad, University of Zurich, Switzerland. 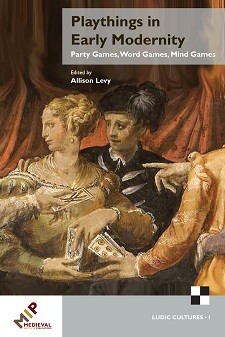 An innovative volume of fifteen interdisciplinary essays at the nexus of material culture, performance studies, and game theory, Playthings in Early Modernity emphasizes the rules of the game(s) as well as the breaking of those rules. Thus, the titular "plaything" is understood as both an object and a person, and play, in the early modern world, is treated not merely as a pastime, a leisurely pursuit, but as a pivotal part of daily life, a strategic psychosocial endeavor.

This book innovatively combines traditional manuscript study with contemporary cultural game theory to show how the enigmatic fourteenth-century Middle English romance, Sir Gawain and the Green Knight, launches a multidimensional game with the reader in its unique manuscript context, Cotton Nero A.x. The authors argue that the poem positions the reader as a player who constructs meaning through the poem’s multivalent games within games: the exchange-of-winnings game nested within the exchange-of-blows game, nested within the Christmas games of Arthur’s court.