The Northern Medieval World: On the Margins of Europe

The Medieval Institute at Western Michigan University boasts a longstanding reputation in Old English, Old Norse, Anglo-Saxon Studies and the historical study of the medieval North Atlantic region. It is appropriate that in 2016 Medieval Institute Publications has established The Northern Medieval World as a series that explores the margins of Europe. 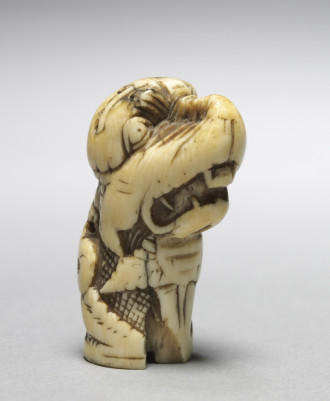 The Northern Medieval World aims to integrate research from historical, archaeological, literary and other traditions. Highly interdisciplinary in scope, the series embraces also gender, literary, manuscript, philosophical, religious and textual studies, as well as sources for educational use. We welcome cutting-edge approaches that seek to engage with all of medieval Scandinavia: not only Denmark, Iceland, Norway and Sweden but also regions of the world that were part of the Norse universe in the Middle Ages—such as Rus, Normandy, the Danelaw and Greenland. Comparative studies are also welcome, as long as there is a significant Northern focus.

The Northern Medieval World is open in particular to “edgy” approaches, such as queer studies, ecocritical studies and digital humanities-based approaches. It aims to break down barriers with the other literary and cultural traditions in the Nordic world and to situate the literary and documentary evidence in its full historical context. Entering into dialogue with an inclusive range of topics that connect to medieval Scandinavia, the series will reach beyond the narrower market and thus speak to scholars and students across disciplines. Interdisciplinarity is thus a key characteristic of the series.

Proposals or completed manuscripts to be considered for publication by Medieval Institute Publications should be sent to Erin Sweany (for literary studies) or Emily Winkler (for historical studies), acquisitions editors for the series, or the chair of the editorial board, Carolyne Larrington, St. John’s College, Oxford. 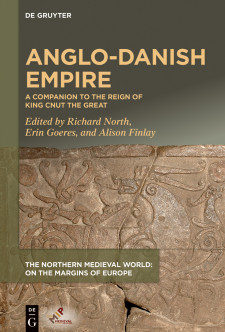 Anglo-Danish Empire: A Companion to the Reign of King Cnut the Great

This volume is an interdisciplinary handbook for the Danish conquest of England in 1016 and the subsequent reign of King Cnut the Great. Bringing together scholars from the fields of history, literature, archaeology and manuscript studies, it offers comprehensive analysis of England's shift from Anglo-Saxon to Danish rule. It follows the history of this complicated transition, from the closing years of the reign of King Æthelred II and the Anglo-Danish wars to Cnut's accession to the throne of England and his consolidation of power at home and abroad. 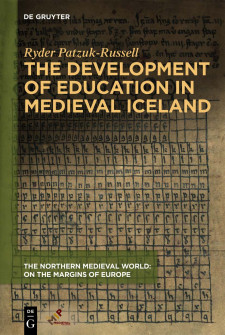 The Development of Education in Medieval Iceland

Buy The Development of Education in Medieval Iceland at De Gruyter 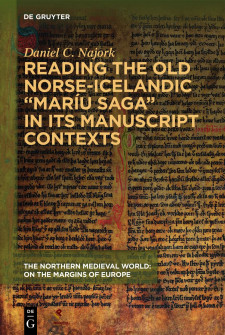 Reading the Old Norse-Icelandic Maríu saga in its Manuscript Contexts

Maríu saga, the Old Norse-Icelandic life of the Virgin Mary, survives in nineteen manuscripts. In the extant manuscripts Maríu saga rarely exists in the codex by itself. This study restores the saga to its manuscript contexts in order to better understand the meaning of the text within its manuscript matrix, why it was copied in the specific manuscripts it was, and how it was read and used by the different communities that preserved the manuscripts. 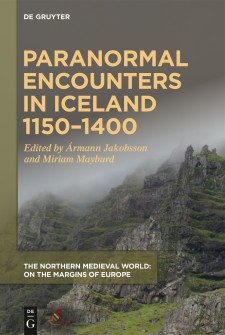 This anthology brings together articles by several scholars all engaged in the study of the many manifestations of the paranormal in the Middle Ages. The guiding principles of the collection are a clear focus on the paranormal experiences themselves, and, essentially, how they are defined by the sources. The authors work with a variety of medieval Icelandic sources, including family sagas, legendary sagas, romances, poetry, hagiography and miracles, exploring the variedness of paranormal activity in the medieval North. 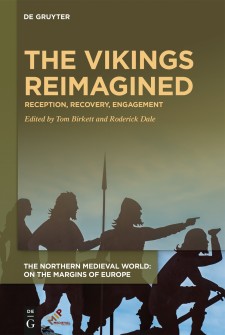 Rediscovering the Vikings explores the changing perception of Norse and Viking cultures across different cultural forms, and the complex legacy of the Vikings in the present day. Bringing together experts in literature, history and heritage engagement, this highly interdisciplinary collection aims to reconsider the impact of the discipline of Old Norse Viking Studies outside the academy and to broaden our understanding of the ways in which the material and textual remains of the Viking Age are given new meanings in the present. 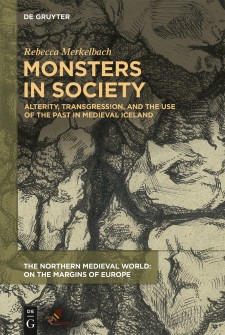 Monsters in Society: Alterity and Transgression in Medieval Iceland

Employing literary and cultural theory as well as anthropological and historical approaches, this study reads the monsters of the Íslendingasögur in their literary and socio-cultural context, demonstrating that they are not distractions from feud and conflict, but that they are in fact an intrinsic part of the genre’s re-imagining of the past for the needs of the present. 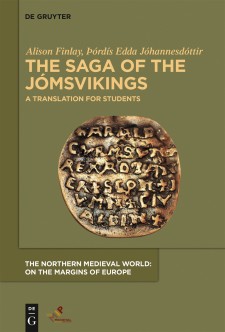 The Saga of the Jómsvikings: A Translation for Students

Unique among the Icelandic sagas, part-history, part-fiction, the Saga of the Jómsvikings tells of a legendary band of vikings, originally Danish, who established an island fortress off the Baltic coast, and launched and ultimately lost their heroic attack on the pagan ruler of Norway in the late tenth century. This volume features an abridged literary and historical introduction to the text specially targeted to students, along with Finlay and Johannesdottir's translation of this remarkable work.

Buy The Saga of the Jomsvikings: A Translation for Students at De Gruyter

Also see Finlay and Johannesdottir's The Saga of the Jómsvikings: A Translation with Full Introduction. 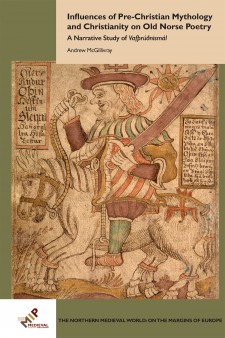 Influences of Pre-Christian Mythology and Christianity on Old Norse Poetry: A Narrative Study of Vafþrúðnismál

In this study, McGillivray explores the cultural environment in which the Eddic poem Vafþrúðnismál was composed and re-examines the relationship between form and content in the poem and the respective influences of pre-Christian beliefs and Christian religion on the text. The poem serves both as a representation of early pagan beliefs or myths and also as a myth itself, relating the journey of the Norse god Óðinn to the hall of the ancient and wise giant Vafþrúðnir, where Óðinn craftily engages his adversary in a life-or-death contest in knowledge. 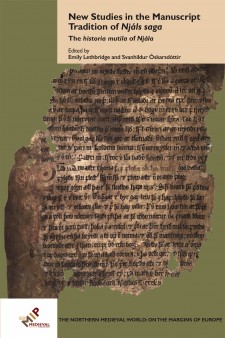 New Studies in the Manuscript Tradition of Njáls saga: The historia mutila of Njála

Njáls saga is the best known and most highly regarded of all medieval Icelandic sagas and it occupies a special place in Icelandic cultural history. The essays in this volume present new research and a range of interdisciplinary perspectives on the Njáls saga manuscripts. Extant manuscripts range from the thirteenth to twentieth centuries. The manuscript corpus as a whole has great socio-historical value, showcasing the myriad ways in which generations of Icelanders interpreted the saga and took an active part in its transmission. 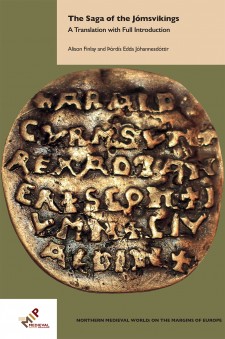 The Saga of the Jómsvikings: A Translation with Full Introduction

Unique among the Icelandic sagas, part-history, part-fiction, the Saga of the Jómsvikings tells of a legendary band of vikings, originally Danish, who established an island fortress off the Baltic coast, and launched and ultimately lost their heroic attack on the pagan ruler of Norway in the late tenth century. This translation presents the longest and earliest text of the saga, never before published in English, with a full literary and historical introduction to this remarkable work.

Buy The Saga of the Jomsvikings: A Translation with Full Introduction at De Gruyter

Also see Finlay and Johannesdottir's The Saga of the Jómsvikings: A Translation for Students.