The TEAMS Commentary Series is designed for classroom use with a goal to make available to teachers and students useful examples of the vast tradition of medieval commentary on sacred scripture. The series includes English translations of works written in a number of medieval languages and from various centuries and religious traditions. The series focuses on treatises which have relevance to the many fields of medieval studies, including theories of allegory and literature, history of art, music, spirituality and political thought. The editions include short introductions which set the context and suggest the importance of each work.

Proposals or completed manuscripts to be considered for publication by Medieval Institute Publications should be sent to Tyler Cloherty, acquisitions editor for the series, or the series editor, E. Ann Matter, emerita, University of Pennsylvania. 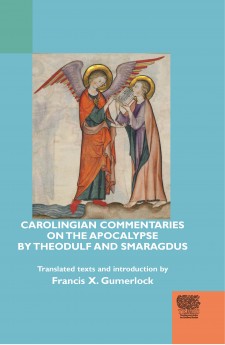 Carolingian Commentaries on the Apocalypse by Theodulf and Smaragdus

New translations of texts on the Apocalypse written by Theodulf of Orleans and Smaragdus of Saint Mihiel, two early ninth-century theological advisers to Charlemagne. 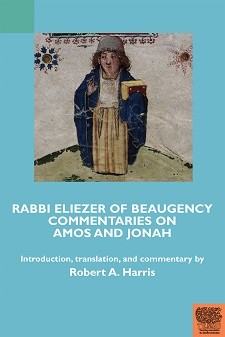 Rabbi Eliezer of Beaugency, Commentaries on Amos and Jonah (With Selections from Isaiah and Ezekiel)

Edited by Robert A. Harris

Introduction, translation, and critical notes to Rabbi Eliezer of Beaugency: one of the most innovative exegetical projects of the twelfth-century Renaissance.

Buy Rabbi Eliezer of Beaugency, Commentaries on Amos and Jonah at ISD 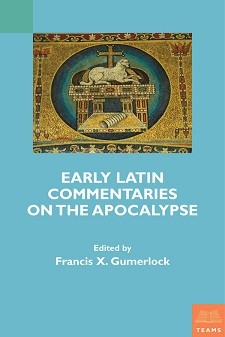 Early Latin Commentaries on the Apocalypse

This book provides English translations of two Latin commentaries on the Apocalypse from the seventh and eighth centuries.

Buy Early Latin Commentaries on the Apocalypse at ISD 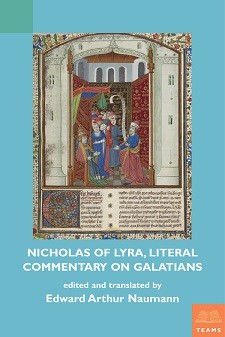 A new critical edition of the Latin text of Nicholas of Lyra's literal commentary on Galatians, with a facing English translation.

Buy Nicholas of Lyra, Literal Commentary on Galatians at ISD 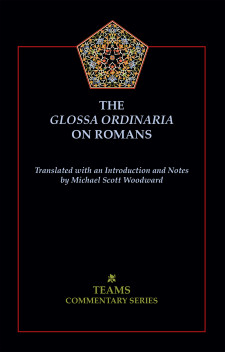 The "Glossa Ordinaria" on Romans

Translated with an introduction and notes by Michael Scott Woodward

The Gloss on Romans is a collection of sources from many periods and places, which accounts for [its] inconsistencies.

Buy The "Glossa Ordinaria" on Romans at ISD 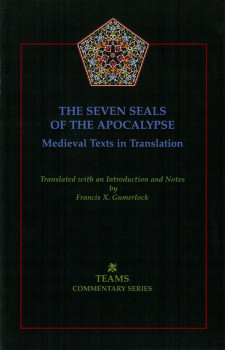 The Seven Seals of the Apocalypse: Medieval Texts in Translation

Translated with an introduction and notes by Francis X. Gumerlock

This book illustrates this vastness of medieval interpretive tradition on the seven seals. It includes fifteen texts from the sixth through the fifteenth century.

Buy The Seven Seals of the Apocalypse at ISD 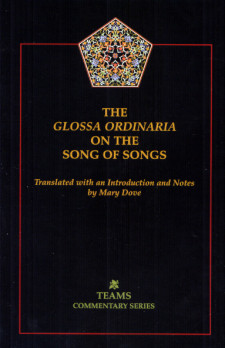 The "Glossa Ordinaria" on the Song of Songs

Translated with an introduction and notes by Mary Dove

In this translation of glosses on the Song of Songs, Mary Dove offers a readily accessible and inexpensive resource for students and scholars.

Buy The "Glossa Ordinaria" on the Song of Songs at ISD 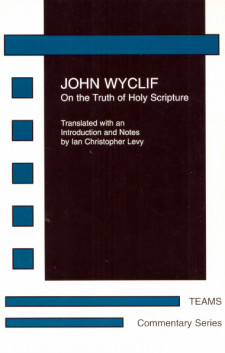 John Wyclif, On the Truth of Holy Scripture

Translated with an introduction and notes by Ian Christopher Levy

Wyclif sought the restoration of an idealized past even if that meant taking revolutionary steps in the present to recover what had been lost. His 1377–78 "On the Truth of Holy Scripture" represents such an effort in reform: the recognition of the inherent perfection and veracity of the Sacred Page which serves as the model for daily conduct, discourse and worship, thereby forming the foundation upon which Christendom itself is to be ordered.

Buy John Wyclif, On the Truth of Holy Scripture at ISD 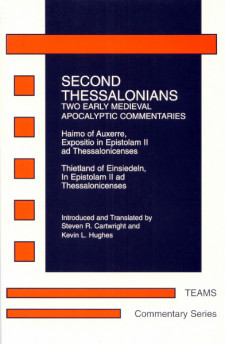 Apocalyptic speculation, in one form or another, is as persistent at the turn of this millennium as it was at the last. The commentaries of Haimo of Auxerre and Thietland of Einsiedeln offer glimpses of two links in [the] unbroken chain of the apocalyptic tradition. 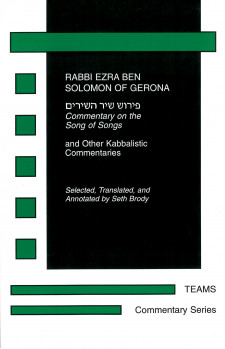 Rabbi Ezra ben Solomon of Gerona, Commentary on the Song of Songs and Other Kabbalistic Commentaries

The commentary of Rabbi Ezra ben Solomon of Gerona (d. ca. 1245) on the Song of Songs is one of the most important texts of the first clearly identified circle of Kabbalists, those operating in the Catalonian town of Gerona at the middle of the thirteenth century.

Buy Rabbi Ezra ben Solomon of Gerona, Commentary on the Song of Songs and Other Kabbalistic Commentaries at ISD 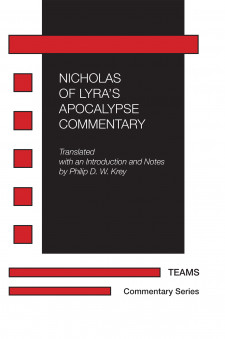 Translated with an introduction and notes by Philip D.W. Krey 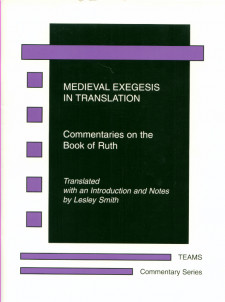 Medieval Exegesis in Translation: Commentaries on the Book of Ruth

Translated with an introduction and notes by Lesley Smith

This book brings together and translates from the medieval Latin a series of commentaries on the biblical book of Ruth, with the intention of introducing readers to medieval exegesis or biblical interpretation.

Buy Medieval Exegesis in Translation: Commentaries on the Book of Ruth at ISD 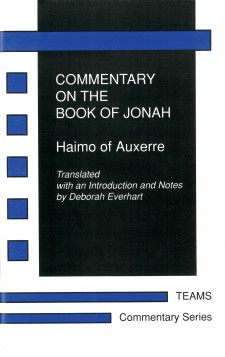 Haimo of Auxerre, Commentary on the Book of Jonah

Translated with an introduction and notes by Deborah Everhart

Haimo of Auxerre's "Commentary on Jonah" was probably written as a study text for scholars in the monastery. His basic method is to present a verse from the Book of Jonah, then offer condensed versions of the diverse and occasionally contradictory interpretations of that verse that were available to him.

Buy Haimo of Auxerre, Commentary on the Book of Jonah at ISD