Tierney’s Travels – the Recruitment and Retention of Shelbi Tierney 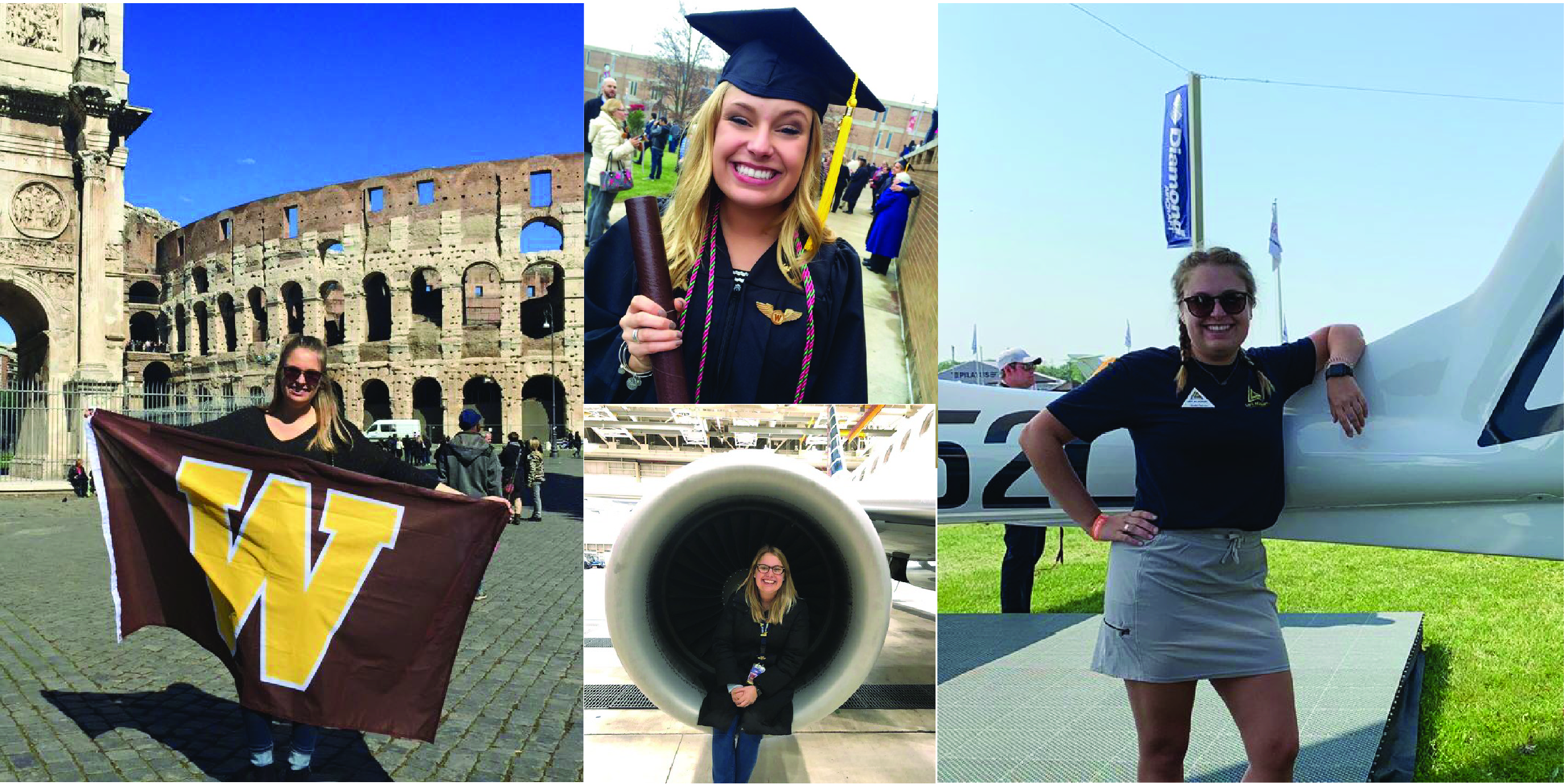 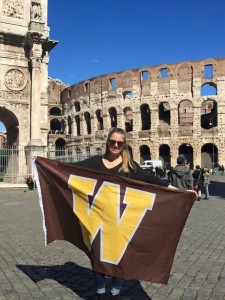 Growing up as a competitive figure skater in her home state of Michigan, Shelbi Tierney did her share of traveling, a factor that turned her on to a career in aviation.

That led Tierney to the Western Michigan University College of Aviation and student duties as its lead aviation ambassador, plus being part of the outreach and recruitment efforts.

And more travel as well, even beyond Detroit, which is near her southeast Michigan home of Sterling Heights where she graduated from Henry Ford II High School in 2011.  There was Chicago, naturally; Milwaukee, easily; and metropolises on the East Coast and in the South.

Those are no big deal!  But how about MALTA in the Mediterranean -- to attend a conference of the European Association for Aviation Psychologists in 2014 and one for the "next generation" of aviation professionals in Montreal.

All of which has prepped Tierney for the current post in her chosen profession -- a pilot recruiter for Republic Airways' LIFT Academy, its new flight school.  In this role, she can also be a contact for WMU graduates in their quest for employment in the aviation industry 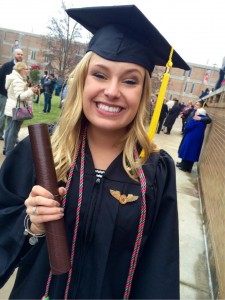 "Recruitment has always been something I have been interested in," Tierney says.  "I have been blessed to be able to combine my passions for aviation and recruitment into my ideal position."  At a young age, she learned that if a person makes an avocation into a vocation, one never has a "job."  It's a joy.

Tierney chose WMU because of its aviation program.  "When I was looking at colleges, Western was the only university that did not make me feel like just a number."

Even if she had been "just a number, Tierney took the initiative to be a memorable one as she stepped forward to represent the university as an ambassador for the program, and that led to being targeted by the college's Department of Outreach and Recruitment.

That's where she again crossed paths with one of her favorite "human resources" at the College of Aviation -- the director of outreach and recruitment, Tom Thinnes.  "He has been one of my major mentors since I started at Western in the fall of 2011," Tierney says.  "Tom first took a chance on me when I was still in high school and applied for an ambassador position.  He kept me gainfully employed all through my college career."

Another "favorite" is Associate Dean Ray Thompson, a "mentor both professionally and scholastically."  She brainstormed research papers through him, and he made her part of the college's team looking at a study-abroad program for aviation students. 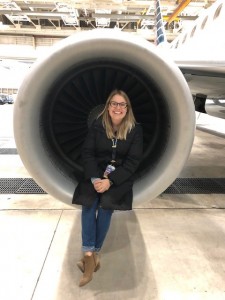 The third in this triumvirate is Associate Professor Lori Brown under whose auspices Tierney experienced such places as Malta and Quebec.  "She took me under her wing and gave me opportunities I never could have imagined," she says.  "She saw something in me and allowed me to speak at those conferences on behalf of WMU regarding the pilot shortage and how the college is addressing it.  To this day I am still in contact with all three of them."

Also adding to her resume during those campus days were serving as vice president of Delta Zeta sorority and memberships in career-related organizations -- Women in Aviation and the American Association of Airport Executives.  Attending and sometimes speaking at those conferences and events rank as favorite memories of her Western days.

Tierney's degree in aviation science and administration came in 2014.  While working toward a 2017 master's in public administration, she initially retained her College of Aviation recruiting adventures until she had an opportunity to fly solo in that sphere as the No. 1 headhunter for the WMU College of Arts and Sciences.

"After grad school," she says, "I realized I wanted to get back into aviation" and that's when Republic Airways appeared on her radar screen.  Headquartered in Indianapolis, Republic operates as a regional airline and, in partnership with American Eagle, Delta Connection and United Express, offers 1,000 flights daily to 100 American cities, Canada, the Caribbean and Central America.  Also aware of the existing pilot shortage, Republic launched its LIFT (Leadership in Flight training) Academy with the mission to blast wide open the opportunities to become a pilot, no matter a person's status in life.  And that's where the WMU alumna comes in.

"The best thing about my job," she says, "is traveling the country and connecting with people who want to make an aviation career a reality for themselves.  The LIFT Academy was created to help make aviation affordable and attainable for anyone.  Being able to make someone's dream a reality, when they thought it was out of reach, is an amazing feeling, and something I get to do almost daily.  The flight benefits on Delta, American and United are nice too." 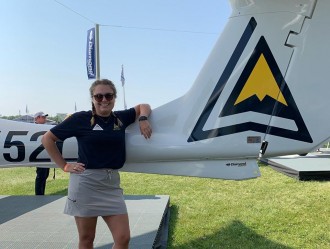 Tierney is not afraid to speak with candor about her profession's status.  "Being a female in aviation can be tricky at times," she says.  "I think it all comes down to the next generation of aviation professionals and changing the way diversity is viewed in the cockpit -- specifically -- and in the industry generally.  Being at the forefront of hiring student pilots and commercial pilots as a recruiter gives me a great sense of ownership in helping all of this change."

The "change" has been in motion ever since the seeds of equal rights for women were sown in a two-day gathering in Seneca Falls, N.Y., in 1848.  The rest of the country has been inching along at a snail's pace, even after the 1920 ratification of the 19th Amendment to the U.S. Constitution that gave all American women the right to vote.  A former figure skater from Sterling Heights, Mich., has now joined the movement -- in her own way.

These days Shelbi Tierney is a living, breathing neon sign flashing the benefits and qualities of the WMU College of Aviation, a walking (or traveling) billboard espousing what she learned during her Kalamazoo/Battle Creek days.  When she comes in contact with students seeking a four-year college program in aviation, out comes the love for her alma mater.  "Whenever I travel -- for work or leisure -- I always have on my Western gear," she says
.