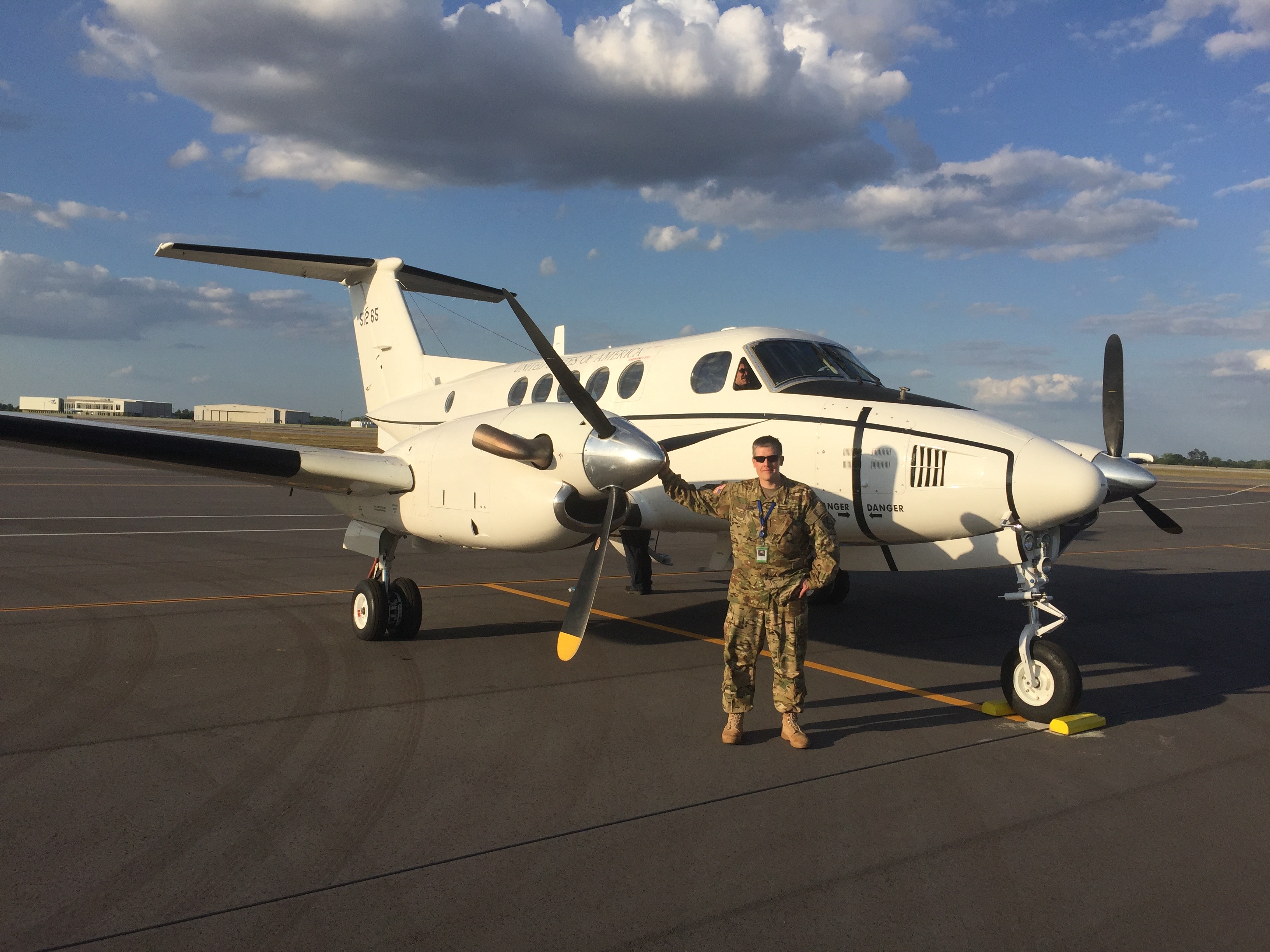 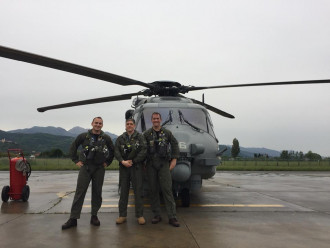 When he was a student at Marshall High School at the dawn of the millennium, there was a pretty good chance that David Fish could not eye a world map and put his finger on the location of Iraq or Afghanistan.

Less than two decades later, those faraway places with strange-sounding names had become part of his life-or-death daily encounters.

Fish is the poster boy for those students who should always want to keep their options open and their gazes focused constantly on the horizon for the opportunities that might come into view.

As a 2006 graduate of the WMU College of Aviation with a degree in aviation maintenance technology, Fish was trained to make certain that those metal birds could fly almost all the time.  Today, as a test pilot for the U. S. Army, he makes certain the aircraft are safe to fly and perform their functions.

Request Information about the WMU College of Aviation
His career path doesn't mirror the normal trajectory.  Done with the College of Aviation, the 2002 Marshall High alumnus entered the U. S. Army's Warrant Officer Flight Candidate School and graduated as a UH-60 Black Hawk pilot.

Initially stationed at Fort Drum in New York, he was deployed to Iraq as "a VIP and airborne command and control pilot."  Then came Afghanistan where, as a MEDEVAC (medical evacuation) pilot, he flew more than 300 hours of missions during the year he spent there.  Fish's next assignment at Fort Rucker in Alabama was to teach what he had experienced -- piloting Black Hawks in combat areas-- to the next generation of Army aviators.

"I then did another short stint in MEDEVAC," he recalls, "before being selected to attend the Navy's Test Pilot School.  Since 2018, as a chief warrant officer 3, I have been an experimental test pilot on multiple variants of the UH-60 Black Hawk, C-12 (King Air 200) and MC-12 (King Air 350)." 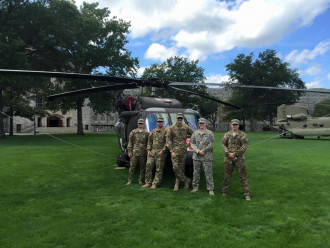 Not bad for a kid who hails from the Calhoun County community of Marshall just southeast of the College of Aviation's operating facility in Battle Creek.  Fish says he had a deep-seeded inclination to be a pilot, stemming from the family friends who took him on his first flights when he was a youngster.  Those experiences planted the idea that maybe a career in aviation was his destiny.

Feeding that dream while at Marshall High were the line and maintenance jobs he had while working for fixed-base operators located at airports in his hometown, in Battle Creek and Kalamazoo.  The latter community is the home campus for Western Michigan University, his choice for higher education because of "its reputation both in academics and aviation," he says.  "Plus its proximity to where I grew up in Marshall."

Fish says he has made some good decisions in his life, and the College of Aviation is one of them.  "The faculty and classes were great," he says.  "I really enjoyed all of the hands-on classes with practical applications.  The small classes in the maintenance program allowed us to become a close-knit group that supported each other along the way.  That also created life-long friendships.

"My education at WMU played a critical role in being selected for the test-pilot program," he says, "and for my subsequent role as a tester.  What I learned in math, science, writing, aviation theory, mechanics, testing and inspection have been critical throughout my career.   I certainly would not be where I am now without my instructions at Western."

Fish admits he's encountered turbulence along the way.  "There have been challenges," he says.  "Adjusting to military life, basic training, warrant officer school, flight school, and my deployments.  Of course, the hardest was the Navy's Test Pilot School.  In my position, I have to bridge the gap between the engineering world and the user world.  This involves lots of technical writing and data analysis."

Was all of this worth it?  You bet!

"Honestly," Fish says, "I have achieved my long-term goal.  Being an experimental test pilot was a dream as a kid.  As I said, what I learned at WMU laid the foundation to get where I am today.  I am now entrusted with testing new and emerging technologies to determine their safety and effectiveness in combat. Being able to fly multiple types of both rotary and fixed-wing aircraft, and take them to the edge of what they are designed to do -- well, it doesn't get any better than that.  What I do has a direct impact on what kind of information and knowledge is communicated to the pilots flying the aircraft in combat." 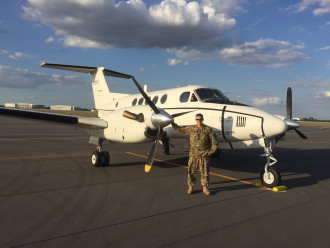 About the only downsize to all of this is that, because of his military duties, Fish has not "been able to give back to WMU as much as I would like."  He knows the importance of spreading the word about the aviation industry and higher education.

"Aviation is not just pilots," he says.  "There are many career paths in the industry that can appeal to a larger variety of people.  I try to encourage young people to check out aviation.  I encourage those already in the industry to keep developing their skills and reach out beyond their comfort zone.  I can say this.  Whenever I do reach out and talk to younger folks, WMU is always part of the conversation."

And what a story Fish has to tell -- his deployments to war zones, flying helicopters and other aircraft with English and Italian pilots, and what it feels like to be a modern version of John Glenn and Chuck Yeager.

He can also share these yarns -- and career dreams -- with the three daughters he and Kate, his wife of 14 years, share during family adventures along the East Coast from Maine to Florida.