Get Up and Gokey: Garrett Marches His Way to Delta 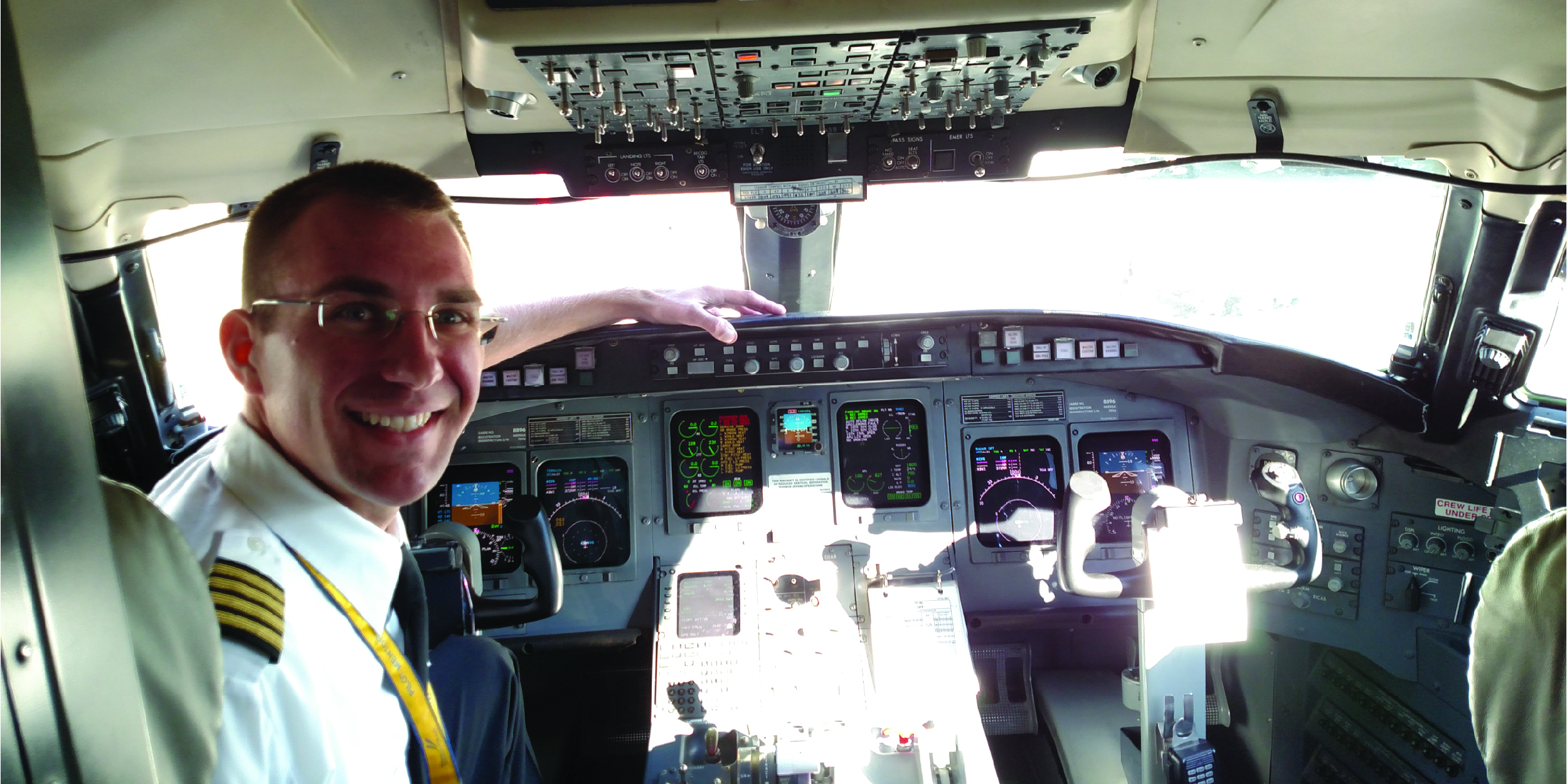 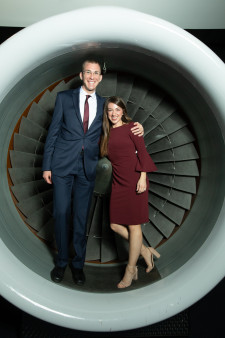 For a long time, the Western Michigan University College of Aviation was music to the ears of Garrett Gokey.  Once enrolled, the same could be said for the WMU Bronco Marching Band.

The combination served as a four-year quinella for the program's 2012 alumnus who graduated with a degree in aviation flight science.

Gokey didn't have to travel far to pursue his dream of a career in aviation.  He hails from a community so nice, they named it twice -- Paw Paw -- just west of Western's home campus in Kalamazoo.  Right after his 2008 graduation from Paw Paw High School, he started making collegiate progress on his future path in life that now features paychecks authorized by Delta Air Lines.

That pathway commenced when a class trip from Paw Paw took him to the aviation museum in Kalamazoo known as the Air Zoo.  An airplane ride courtesy of the regional chapter of the Experimental Aviation Association (EAA) Chapter 221 cemented his commitment to become a pilot.

Request College of Aviation Information
Choosing to plot his course through Western's aviation program seemed "like a great fit from the start," Gokey says, "beginning with a welcoming experience with that first step on campus.  I knew Western had a great aviation program, but its other activities and events gave me a comprehensive education." 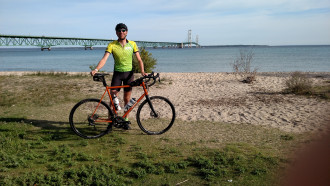 The Paw Paw native says he "always enjoyed the 'systems' classes because the technical side of the equation really makes you appreciate what it takes to make the airplane operate in the flying environment."

Which is why he hosts warm feelings for Professor Willem Homan, who brought his own piloting experiences with him to class to complement a doctorate from Northern Arizona University and a master's from Arizona State.  "He has great knowledge that he communicates in a straightforward manner," Gokey says.  "He is someone who always wanted you to put forth your best effort.  It was Professor Homan who nominated me to be the College of Aviation's Presidential Scholar.  That was a humbling honor."

That was all part of Gokey's technical training.  The "comprehensive" factor was supplied by him being a member of the WMU Bronco Marching Band that helps attract people to Waldo Stadium on football Saturdays in the fall.  The band provided "a whole new perspective on the college experience," he says.  "With students from different backgrounds and different majors all working together toward the common goal of producing a fantastic performance, it really made you feel a part of the heartbeat of the university." 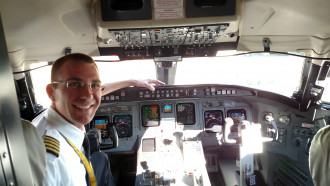 Which is why Dr. David Montgomery, former director of the Bronco Marching Band, is right up there with Homan on Gokey's pedestal.  "Dr. Montgomery always pushed us for a better rehearsal, performance and to always strive to make whatever you are doing at that moment better," he says.  "The drive to always do something better -- or more accurately -- translates incredibly well to aviation."

Pressed to list his favorite recollections about those Western days, Gokey will cite his first solo, summer flights as a student pilot and -- hinting back to his own childhood -- giving free plane rides to youngsters at EAA events.  Tied with all of these are the marching-band performances of which he was a part.

Long before joining the Delta team, Gokey began polishing his aviation credentials, first at the West Michigan Flight Academy, a flight school in Grand Rapids, north of Kalamazoo, aimed at introducing middle and high school kids into aviation.  Its mission is to point young folks toward careers in aviation and the aerospace industry.

From there came a stint with the IFL Group, headquartered at the Oakland County International Airport on the east side of the state.  With secondary hubs in south Texas and Miami, IFL provides air-cargo transport throughout the Americas.

Next on Gokey's resume is Endeavor Air, the 5,000-employee regional airlines that operates as Delta Connection that -- prior to COVID-19 -- had been offering more than 900 daily flights to 140-plus destinations aboard a fleet of 183 jets.  When things were operating full bore, Endeavor flew out of Detroit, Atlanta, Cincinnati, Minneapolis and New York City.  During his tenure at Endeavor, Gokey held positions as a captain, line check pilot and pilot mentor manager. 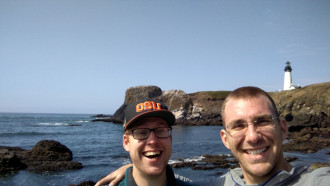 While all of this led him to don a Delta uniform, now the world finds itself in a cocked hat.  Uncertainty is in the air, much less fewer airplanes.  But Gokey is focusing on the horizon.  "I graduated at the end of a recession and we are all currently going through a pandemic.  The unknown about the future can be difficult.  But knowing the quality of leadership at both Delta Air Lines and WMU will ensure, to me, a successful recovery for both as we all navigate through the pandemic challenge."

Gokey sees the aviation industry as something of a fraternity, which is why there a semblance of light at the end of the COVID-19 tunnel for him.  "The aviation community is relatively small and tightly knit.  We are all in the field of aviation as colleagues, regardless of our employer.  It is imperative we hold a high standard and look out for each other in a dynamic field.  That is even more important during the current times.  We can still be mentors to the next generation of pilots.  That's the best way to give back." 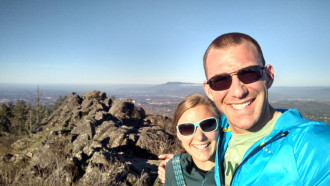 Gokey has maintained a connection to the regional EAA Chapter 221 that cemented the piloting dream in his head.  He's been a discussion leader and counseled former pilots who want to get back into flying.  He knows that social media can be a huge asset in being of assistance to those already in the industry and those pondering careers. And he's made himself available to WMU students through that medium. "Establishing connections allow us to have a better view of what we can do as alumni to help," he says.  "But it also gives insight in understanding challenges and obstacles that we never had to face.

"What I do know is that, for me, Western was not just a place for education," Gokey says.  "It was a cultural experience that prepared me for the professional world.  For those currently enrolled," he advises, "don't be afraid to reach out.  Your WMU colleagues are there to help.  We all have the same connection -- as WMU students or alums."

These days, Gokey is no longer cycling, hiking or flying solo.  He met his future wife not while soaring his way through the clouds.  Sara crossed his path as a fellow member of the WMU Marching Band, and now they continue to make music together.