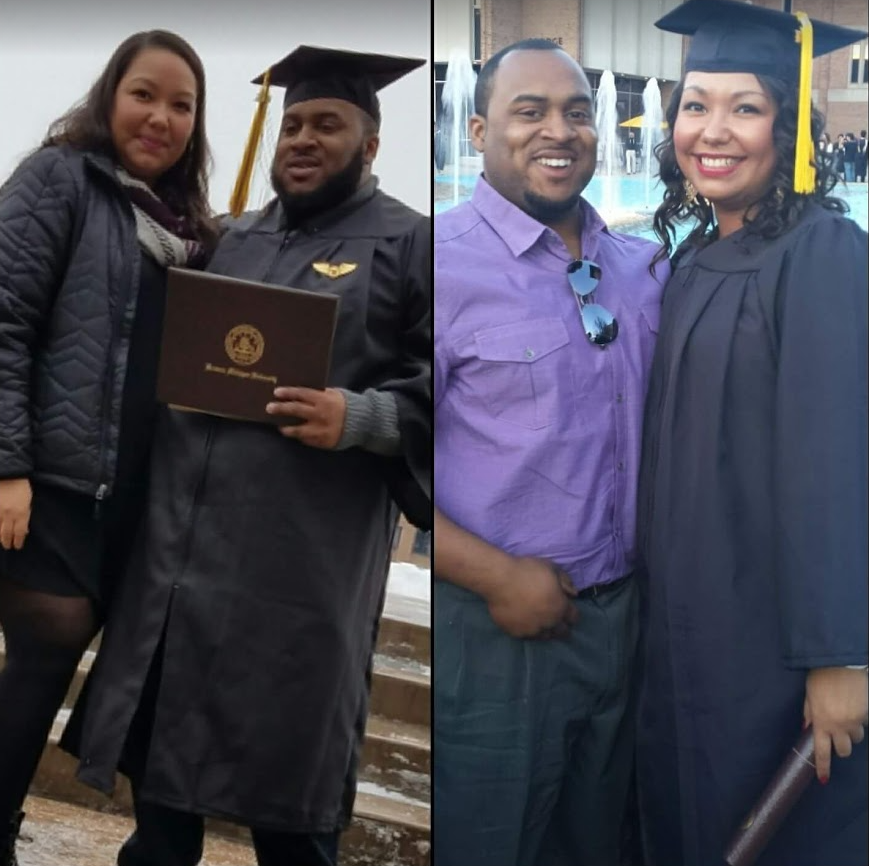 "Father Knows Best" was a highly popular sit-com on radio and television in the late 1940s and 1950s.  For Raymone "Ray" Hayman, it was "Mom" who knew best as the family's pathfinder.  Because of her version of "tough love," Ray was dragooned into attending the renowned Benjamin Oliver Davis Jr. Aerospace Technical High School in his home city of Detroit.  As a result, he was pointed toward the WMU College of Aviation and is now six years into what looms as a promising and profitable career in the aviation industry.

Request WMU College of Aviation Information"My mother observed my intrigue with components and my ability to work very well with my hands," says Ray, who earned his degree in aviation management and operations in 2016. "She decided that my obtaining a trade would elicit an exceptional living in the future and she enrolled me into Davis Aerospace High School -- totally against my wishes."  Ray admits that by the end of his sophomore year, he saw the value of her wisdom.  "That is when I began to invest in what I was doing," he says, "because I truly liked what I was learning."  One example?  He loved his physics classes.  Not too many students feel free enough to say that. 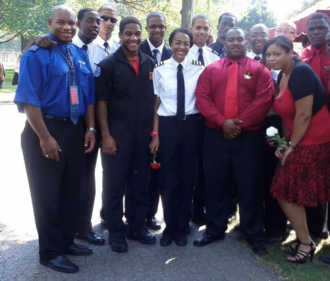 What he learned at Davis and later at Western has directed him to posts with the Federal Aviation Administration (FAA) and Kalitta Air.  The latter is an air-cargo and charter-transportation service based in Ypsilanti, Mich., where he worked as a Crew Scheduler, as a records analyst in the quality-control department, and as a purchasing agent.  Ray along with his wife (Maribel) and two kids (Xavier & Viviana) now live in Memphis Tennessee. Ray is working for FedEx Express in the Air Operations department.  Because Mom was a two-hour-plus drive from Western's home campus in Kalamazoo, Ray was given boosts of confidence that he was on the right career path by the likes of James Whittles and RoseElla Lyke.  "She was my favorite staff member at WMU," he says.  "She was the mother figure while I was in school.  She was very resourceful -- and a great cook."  Among the faculty, lead flight instructor Whittles was his favorite.  "There was a time when I thought aviation was not for me and I almost changed my major," Ray says.  "After guidance from Jim, along with a few of my peers, I regained my confidence and earned my degree."  Exchanges with pilots who flew for major airlines didn't hurt either.  Many of those conversations were the result of his membership in the college's chapter of the Multicultural Association of Aviation Professionals (MAAP).  Western's MAAP unit was assembled by Randall Rochon, a 2002 College of Aviation alumnus who now flies for United Airlines and led the morphing of MAAP into what is now the WMU Chapter of the Organization of Black Aerospace Professionals (OBAP). 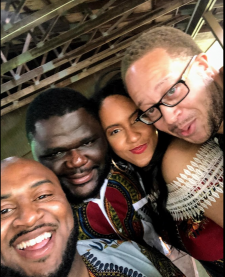 "While in MAAP," Ray says, "our main focus was community outreach.  We visited and mentored inner-city kids in grade school.  It was -- and still is -- very important for us to reach out to the children in our community and try to spark an interest in aviation at an early age."  His mother was right -- aviation is a fulfilling and profitable career.  In that light, he's not averse to them following in his footsteps to Davis, which is part of the Detroit Public Schools and features an aviation curriculum certified by the FAA as well as standard academic programs.  Its name sake -- Benjamin Oliver Davis Jr. -- retired as a general in the Air Force, which would be enough of a reason to name high schools around the nation after him.  But there is more.  Davis Jr. was among the first of his race to gain admittance to West Point -- and face substantial discrimination.  When President Franklin Roosevelt called for an initiative to form a black air-combat unit, Davis was chosen for the first class and became the first African American to solo in an Army Air Corps plane.  Want even more?  Guess where he was trained -- what is now Tuskegee University.  As commander of the fabled "Tuskegee Airmen," Davis flew 60 combat missions protecting bombing raids during World War II.  He did more than follow in his father's footsteps.  Benjamin Oliver Davis Sr. was the first African American general in the Army.  So, it means a bit more than just being an alumnus of a certain high school.  There is a legacy to carry on. 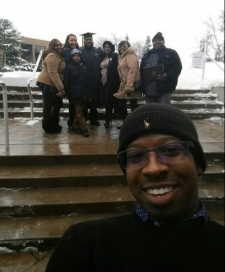 Hayman at his WMU Graduation with his family and friends

Mom was right about her "tough-love" decision.  Complementing a solid career, he says, are travel benefits and the ability to work from home.  On the opposite side, there is a need to be flexible because of the possibility of having to relocate for your employer. The decision to relocate is harder after starting a family.

As Rochon has been doing since moving on from Western, Ray wants young people to consider following his tracks.  "It is important to enlighten those who live in inner cities that there are other options besides auto manufacturing, sports, entertainment or jobs that yield less than what is required to live a better and more promising lifestyle," he says.  As much as possible, he takes part in career fairs and guides his listeners -- in the least - towards gaining an entry-level position in any field or -- best of all -- instill in them to give the aviation industry a shot.  He went to Davis kicking and screaming, and now praises what happened there to the high heavens.  Thanks to a mother knowing best, Raymone "Ray" Hayman can speak from experience.