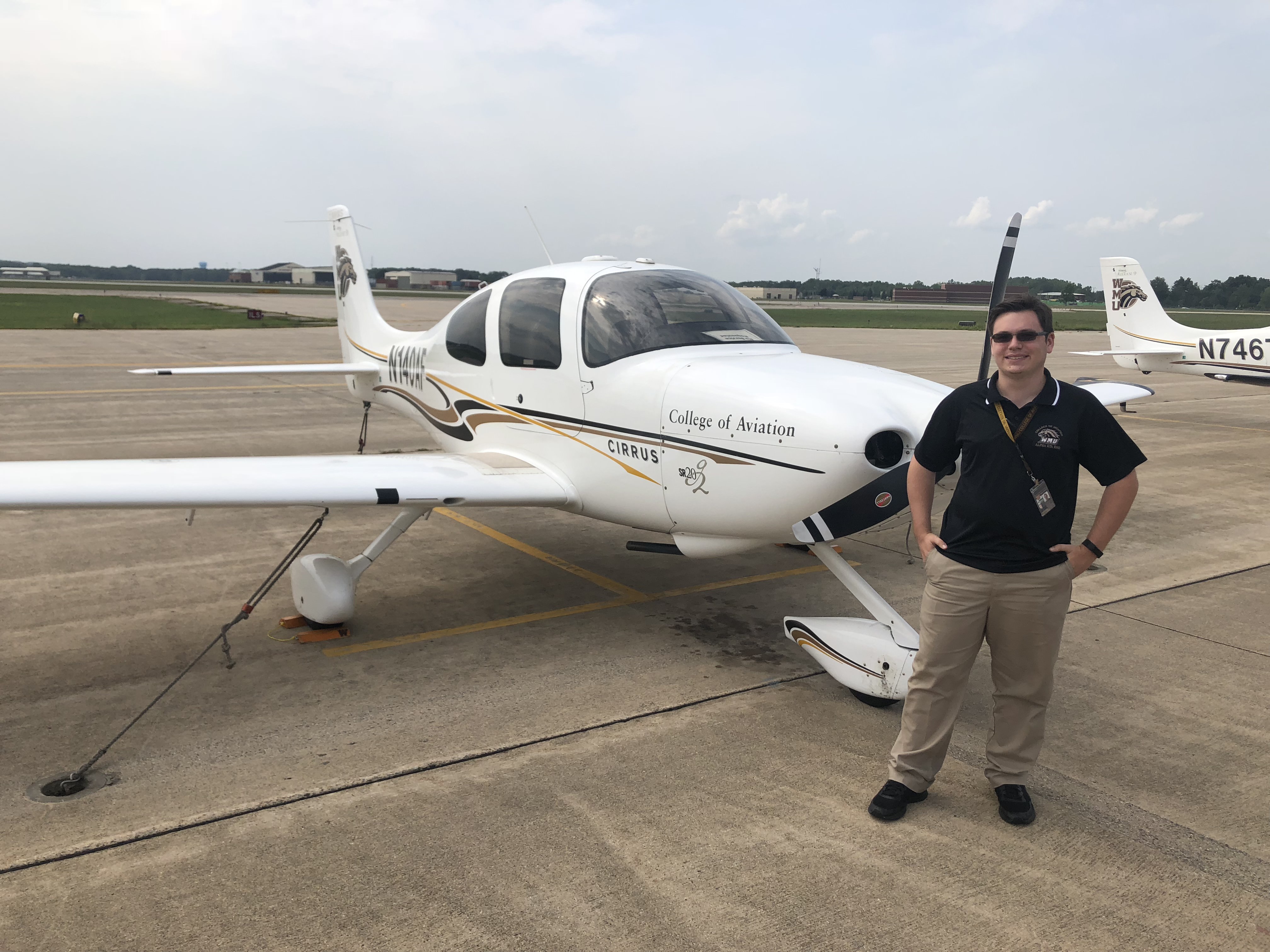 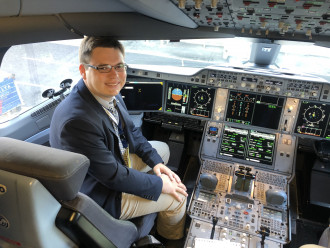 College of Aviation students always have amazing reasons for choosing their career path, but Jason Fink's might rate as No. 1.

The Houston senior caught the aviation bug from the stories his grandfather told when he was a U.S. Navy radio operator on flights hunting for enemy submarines during the Cold War.

That also prompted the major in aviation flight science in his pre-Western days to pursue a private-pilot certificate back in his home state of Texas.

All of which led him to the north and choosing WMU in his career flight plan.  "I toured the campus and met a number of people," Fink says, "including (College of Aviation Dean) Dave Powell.  I quickly saw how much all of the staff and faculty care for the students and genuinely want them to succeed."
Request Information about the WMU College of Aviation
Fink readily took their advice and got involved in student and campus activities.  He's the reigning president of Western's Alpha Eta Rho chapter of the international fraternity that serves as a bridge between the aviation industry and educational institutions.  This allows him to interact with students who possess similar interests and fosters networking opportunities.  One of the immediate results have been tours of airports, airlines and aviation facilities. 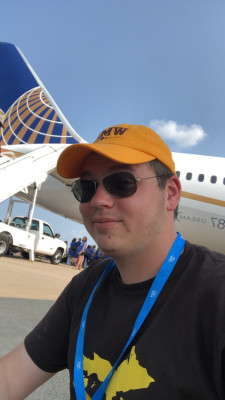 Fink also serves as one of the college's student dispatchers, which allows him to connect with the unit's full-time and part-time staff.  "This job," he says, "has helped me feel even more connected to the pulse of the College and greatly increased my understanding of the industry from an aspect other than just being a pilot."

Commenting that most of his COA classes have been enjoyable and meaningful, at the top of Fink's list is the one on global navigation and international flight planning taught by faculty specialist Kyle Jehnzen.  "The topics captured my interest while Kyle delivered some great stories from his own experiences within the industry," he says.

When Fink is not on his own time camping, skiing, sailing or motorboating, he says the Bronco hockey games and being part of the student section affectionally referred to as the Lawson Lunatics.  “Being a Lunatic, and doing our part to ‘educate’ the opposing team on their position in life,” definitely helps add to the Western experience.

He's also aware of what can be ahead for him.  "I hope to work for a regional airline before making my way to one of the legacy carriers," Fink says. "My dream job in aviation would either be flying the Boeing 787 out of Houston or being the captain of a supersonic airliner."

While he is still an undergraduate himself, Fink offers some sound advice for those coming after him at the WMU College of Aviation.  "Get involved on campus," he says, "whether it is with an aviation student organization, another type of campus group, or getting a job working for the university.  The connections you will make with the people you meet will be priceless."