As “Goodison” as it Gets: Miranda’s Ascension into Aviation 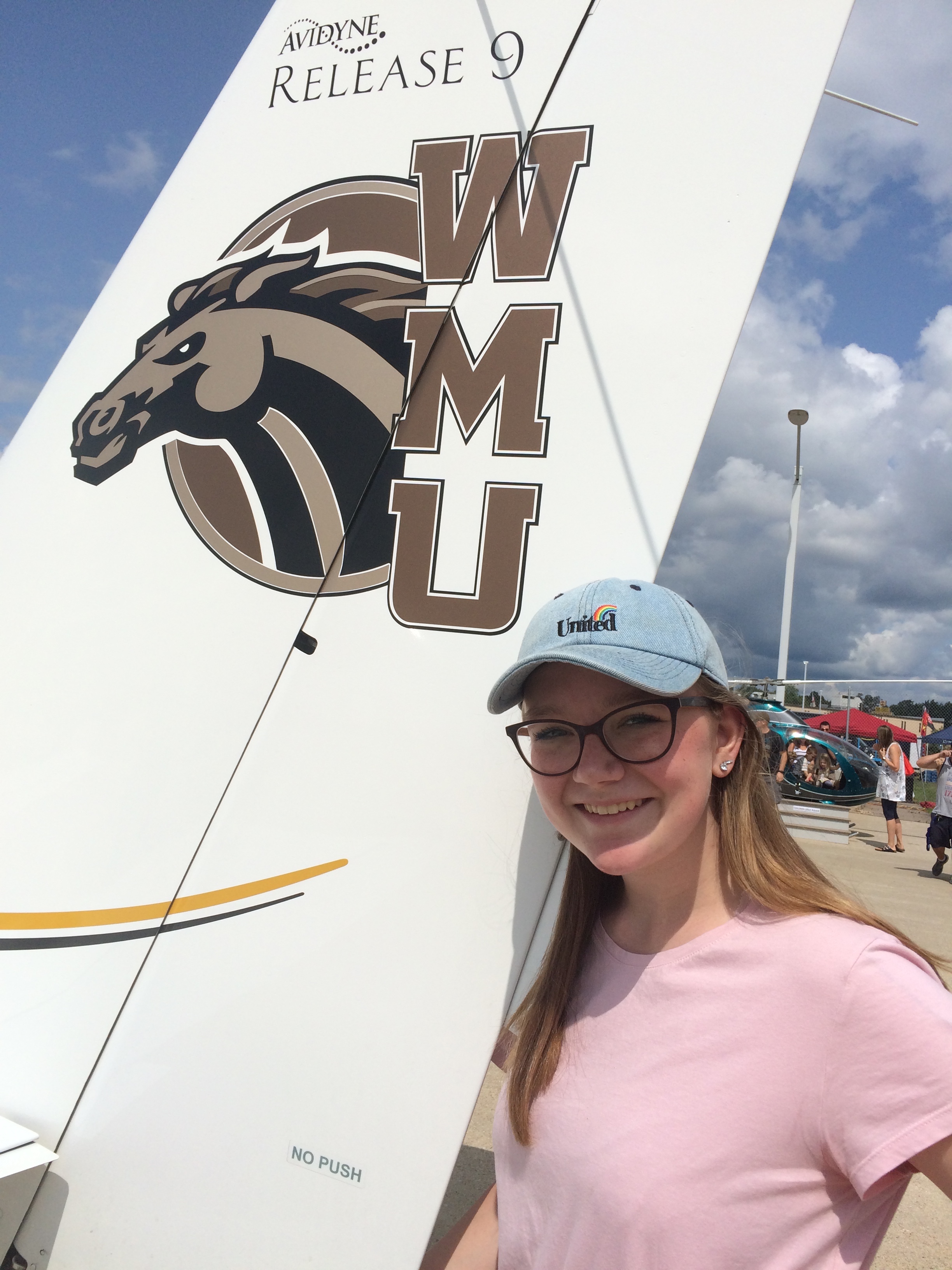 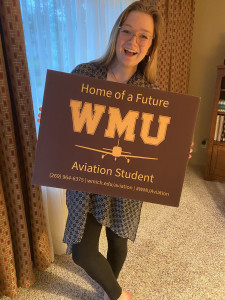 Miranda Goodison is a living, breathing example that those field trips in eighth grade to check out potential careers really work.

Well, not exactly.  For Goodison, a graduate of Loy Norrix High School in Kalamazoo, it wasn't that kind of experience while in the eighth grade, but the concept was the same.
Request Information about the WMU College of Aviation
Now nearing sophomore status in the Western Michigan University College of Aviation, she has wanted to become a pilot since she turned 11.  That horizon came into focus when, as a Girl Scout, she visited the college's main headquarters at W. K. Kellogg Airport (now Battle Creek Executive Airport at Kellogg Field) in the famed Cereal City just east of Kalamazoo. 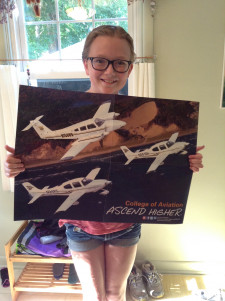 "When taking my first steps on to the runway," she recalls, "my life plans, aspirations and goals were solidified.  The WMU tour guide saw the look on my face and knew I was hooked.  He handed me all the information I needed to become an aviation student.  There I was, at age 11, holding a college application in my hands -- an application I was destined to turn in."

Goodison nurtured her yen for aviation as she grew into her teen years by serving as a volunteer for the Air Zoo Aerospace and Science Museum, a connection she retains in the nationally known attraction's restoration department.  "My desk faces one of the runways at AZO (the Kalamazoo/Battle Creek International Airport)," she says.

Being an Air Zoo docent evolved into an Air Zoo internship.  "After learning about World War II aircraft," she says, "I began giving tours and teaching visitors all there was to know about flight, from the Wright brothers to today's aviation.  After learning about the museum inside and out, I began volunteering as the receptionist in the restoration unit, which gave me more insights into how and why these vintage planes are being brought back to life.  I hope to have a connection to the Air Zoo throughout my career."

Now a double major in aviation flight science and aviation management and operations, Goodison has spent the lion's share of her 17 years of life in Kalamazoo.  She first became familiar with WMU's main campus in her hometown by taking art classes there as a 5-year-old.  While at Loy Norrix where she was a member of the marching band's color guard and sang in the choir, she was dually enrolled in Western and Kalamazoo Valley Community College courses. 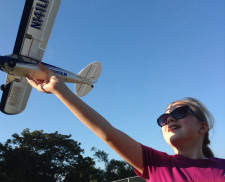 "Simply put," she says, "being enrolled at Western has always felt like home for me.  This was a characteristic that no other universities could offer."  And, of course, there was the aviation school.

Goodison soon hopes to replicate in college the spectrum of extracurricular activities that she enjoyed in high school -- for example, forensics, the swimming team, Peace Jam, and a participant in Jeter's Leaders, the youth-development program founded by future baseball Hall of Famer and former Kalamazooan Derek Jeter.  "I just wanted to dip my hand into as many pots as I could," she says.  "I wanted to be a jack-of-all-trades" in an effort to become a more well-rounded person.  Already on her radar screen is the Western chapter of Women in Aviation.

Goodison is still not a one-trick pony.  She participates in the League of Michigan Bicyclists, which fosters century (100-mile) rides.  A veteran of 13 years of Girl Scouting, she looks to continue that species of volunteering once the pandemic moves into the history books.  Helping to pay the bills is working as an "official cheese monger" at The Cheese Lady in Texas Corners nearby southwest of Kalamazoo. 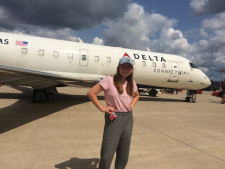 "So," she says, "if you don't find me on campus, at the airport, or volunteering, you will be sure to find me sharing information with others about the world of cheese."

Realizing there is still much to learn before her name goes on a College of Aviation diploma, Goodison was already impressed with the course in aviation safety taught by assistant professor Lisa Whittaker.  "I enjoyed building a relationship with her and tackling my first college presentation (while dually enrolled as a junior in high school).  Her class helped me become a more proactive student and -- unintentionally -- taught me how to network with those on similar career paths. 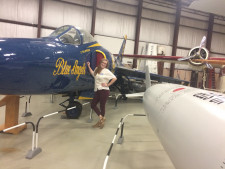 "The College of Aviation is a wonderful community," Goodison says.  "Before entering as a full-time student, I felt like part of a family, even with only the few connections I made as a Loy Norrix High School student."

With grades yet to earn and stormy challenges still ahead, she has her eyes on the prize -- flying for a commercial airline.  Way down the road is a return to Western to serve as a certified flight instructor.  "If I am no longer able to fly," she says, "I will use the second half of my degree in airport management and technical operations."

Goodison sees herself not only as an avid traveler but as a barrier-breaker as well.

"I want to see as many places and sites as I can while my office is up there in the sky," she says.  "I can't think of anything cooler or more inspiring.  And I am going to be a woman in my career field -- only 6 percent of commercial pilots are female.  I'm excited about upping that number."

Harkening back her days as an 11 year old, "I cannot see myself doing anything else," she says.