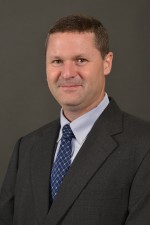 Rob joined WMU in 1998 as a flight instructor in the International Pilot Training Center. Since his initial assignment as an instructor, he has served in a variety of capacities and now holds the position of Chief Instructor and Director of Flight Operations. Prior to joining WMU, he flew a turboprop as captain/instructor pilot under part 135 and later as a first officer for a regional airline operating under part 121. His qualifications include an ATP certificate as well as CFI/CFII/MEI instructor certificates. Additionally he has a master's degree and serves as a member of the FAA Safety Team.