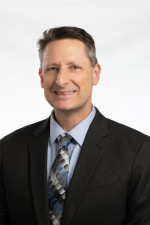 Dominic Nicolai is currently a lead flight instructor in the College of Aviation flight program. He has been instructing at Western Michigan University since 1993, the year that he graduated from WMU's aviation science program. Currently he has over 18 years of flying and teaching experience and a master’s degree in career/technical education from WMU (1998).

Dominic’s focus is on curriculum development and supervision and mentoring of part-time flight instructors. Other job functions include conducting progress and stage checks, standardization training, evaluation flights and teaching commercial pilot ground school. During Dominic’s career, he was awarded the FAA Flight Instructor of the Year award (1996) by the Grand Rapids, MI Flight Standards District Office and more recently he was awarded Master Flight Instructor status (2008) by the National Association of Flight Instructors. Other accomplishments include qualifying for Joint Aviation Authority flight instructing and the Eagle Scout award (1987) from the Boy Scouts of America. Dominic is married, has two children and enjoys writing, golfing and inline skating.