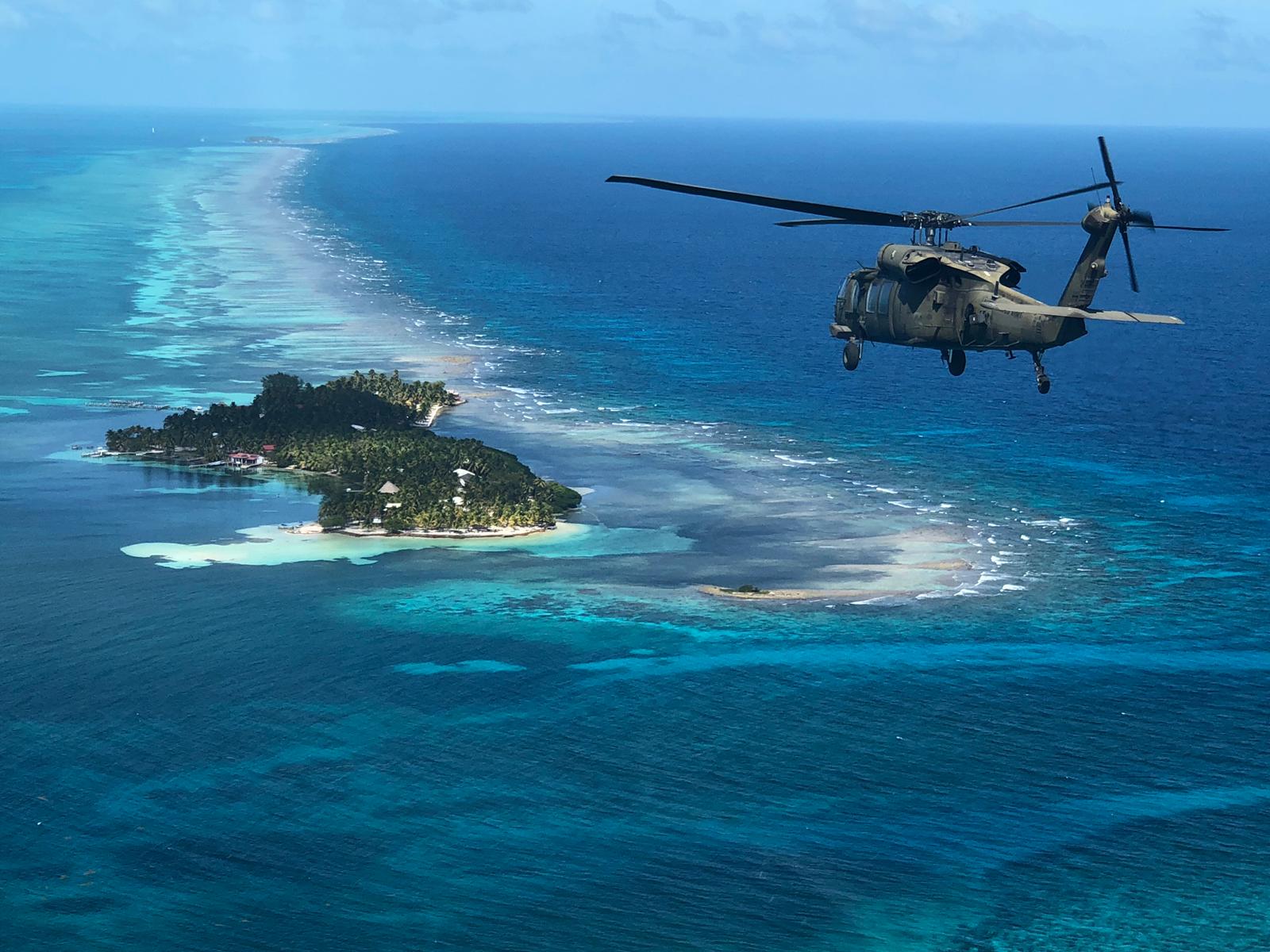 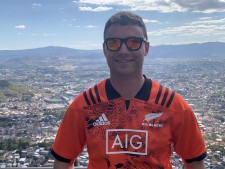 For Doug Stutzman, it was going from WMU Bronco Brown and Gold to camouflage fatigues and now back to the colors of the Western Michigan University College of Aviation.

The natural career progression for the 2012 WMU degree recipient in aviation flight science was . . . flying helicopters for the U. S. Army?

Now the next phase -- really? -- will be Stutzman covering another of the bases in the college's offerings -- a degree in aviation management and operations.

To say that the native of Grand Rapids, located about 35 miles north of the WMU college's bases of operations in Kalamazoo and Battle Creek, is not your typical student would be the classic understatement.  After his 2009 graduation from Forest Hills Central High School, he earned his first aviation degree in 36 months by completing courses year round.

Request Information about the WMU College of Aviation 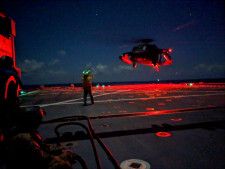 A Night Vision Goggle landing on a carrier deck

Then Stutzman served eight years in the Army with all kinds of interesting stints that would fill any passport with adventures.  Now he's back at Western in pursuit of a second degree in aviation.  On top of that, he plays rugby -- big time.

Like most of Western's aviation majors, Stutzman thought he was initially on a path to work for an airline. As a youngster, he firmly believed that most of his working hours were destined to be up there with the eagles.  "My parents joke that I was a walking encyclopedia.  I would give them random facts about airplanes all the time," he says.

The detour happened in his senior year at Western at a college event -- Aviation Outlook Day.  In an exchange with an Army recruiter, he was encouraged to explore an opportunity that he had never considered before.  To boost his bid for acceptance in the Army's flight-training program for warrant officers, Dave Powell, dean of the College of Aviation, and former instructor Felix Esquibel penned letters of recommendation.

Once certified as a UH-60 Blackhawk pilot, Stutzman was shipped off to stations in Alaska, Honduras and finally the nation's capital in Washington. 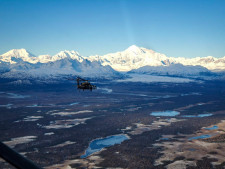 Flying through the Denali mountain range

"Those were unique flying opportunities," says the WMU alumnus -- and now a degree-seeking student once again.  "How many people can say they flew through the valleys in the Denali mountain range, all over Central and South America from Belize to Colombia, and less than 200 feet above the National Mall in D.C. with all of its wonderful attractions."  (Today's geography lesson -- Denali, formerly known as Mount McKinley and now bearing its original name from indigenous people, is the highest peak in North America at 20,130 feet above sea level and is located in central Alaska.)

The lessons are still with him.  "I learned about high-altitude operations and how engines behave in the extreme cold," Stutzman says.  "In Honduras, I took part in a lot of multi-national training events.  I assisted Latin American countries in training their forces to respond to national disasters as well as counter-drug operations."  Once back in the states, duties were a little more routine -- but just as important.

Stutzman says he chose Western because of its "globally recognized aviation program, the excellent reputation of the faculty and training curriculum, and the fleet of state-of-the-art aircraft."  The "icing on the cake" was being close to his home in Grand Rapids. 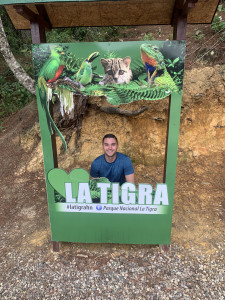 That "good choice" became the "right choice" when he experienced his first cross-country solo flight while enrolled at Western.  "That's when I truly knew I had made the right decision to pursue this passion as a career."

More frosting on the cake followed during his Army days.  "There was my first auto-rotation in a helicopter," he recalls.  "It's kind of like the first hill of a huge roller coaster, except you are in complete control and there's not a lot of room for error."  The same goes "for flying 100-plus knots, cockpit doors off, less than 25 feet above the tree tops over the jungle somewhere in Central America."

Preparing him for all of these challenges, Stutzman believes, are the college's faculty and staff who guided and mentored him.  Folks such as Bob Miller, Esquibel and lead faculty instructor James Whittles.  Whittles "was always enthusiastic, professional and eager to help students learn."

Miller "always had an outgoing, positive attitude that made learning to fly even more fun.  He set a great foundation for me to build off."  Regarding Esquibel, he says, "Felix did an excellent job challenging students to put everything they learned from their previous courses and training -- put it all together for his classes."

While on the surface, piloting a chopper and a jet trainer might not seem to be in the same ballpark, Stutzman offers a different perspective.  "There are many advantages to being dual-rated," he says.  "Aspects of flying each category of aircraft have helped me with the other." 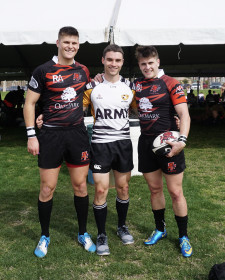 Stutzman holds a similar viewpoint when it comes to how the second passion in his life -- rugby -- benefits his first -- aviation.  "I played rugby for all three years I was at Western.  In my senior year, I was president of the club and captain of the team.  I now have my referee and coaching certifications from USA Rugby.  I used both while on duty in Alaska and Honduras.  To me, rugby's core values of teamwork, respect, enjoyment, discipline and sportsmanship can be applied to all aspects of life off the pitch."  {Today's sports lesson: in rugby talk, "pitch" means the "field."

As in any walk of life, there are choices to be considered and sacrifices to make.  "Serving the United States is an honor and privilege," he says.  "Although there are numerous benefits and great experiences that come with it, there are also sacrifices that are part of the job -- consistently missing out on family events and holidays, and carrying out inherently dangerous missions.  Then later living and coping with the results of those experiences.  Everyone I've flown with knows someone who gave it all."

Stutzman is taking advantage of an innovative Army initiative called the "Career Skills Program."  Basically, it allows those transitioning back into private life to intern or serve apprenticeships for part of their final 180 days on active duty.  "What is really neat," he says, "is that it will not cost the College of Aviation anything.  I will not have to be an employee of any sort since I will still be on the Army's payroll.  I am essentially free labor to help out as I gain valuable experience before making the full transition out of the military.  It will be an honor and privilege to contribute to a program that prepared me so well for flying in the military."

This lines up perfectly with Stutzman's views regarding what can be called either "paying something back" or "paying it forward." 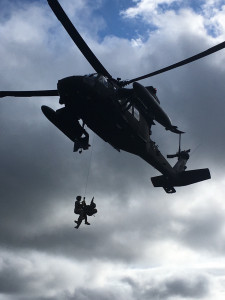 "I believe it should always be a goal to leave something better than how you found it," he says.  "A great way to do so is by volunteering your time, knowledge and skills to help the next group achieve success.  Even if you didn't realize it as a student, there were many people doing exactly that to insure you were successful and that you experiences were memorable."

He's done a bit of that already when asked about the viability of a career in aviation.  "Of course, I always start off with the College of Aviation, but I also advise them to start working toward their goal as soon as possible.  You can't wait for the perfect opportunity.  You have to make it." 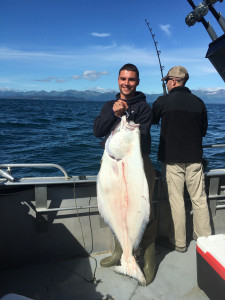 Stutzman has seen the value of early exposure for young, developing minds.  "I always volunteered for static displays," he says, "and show kids the Blackhawk and its capabilities.  Let them sit in the cockpit and take a photo.  That's something to remember."

While the circumstances were quite a bit different from such events in the Washington area, the curiosity was just as  strong when he landed in remote villages in Central America.  "It helped that I could speak enough Spanish to interact with them," he says.  "I hope the experience  inspires them to become a pilot, a mechanic or whatever dream they have."

Stutzman intends to maintain that commitment to mentoring now that he's scheduled to be a Bronco once again.  "If anyone has any questions about becoming a pilot in the Army or anything else, contact me anytime at 616-406-7633 or Doug.g.stutzman@gmail.com."