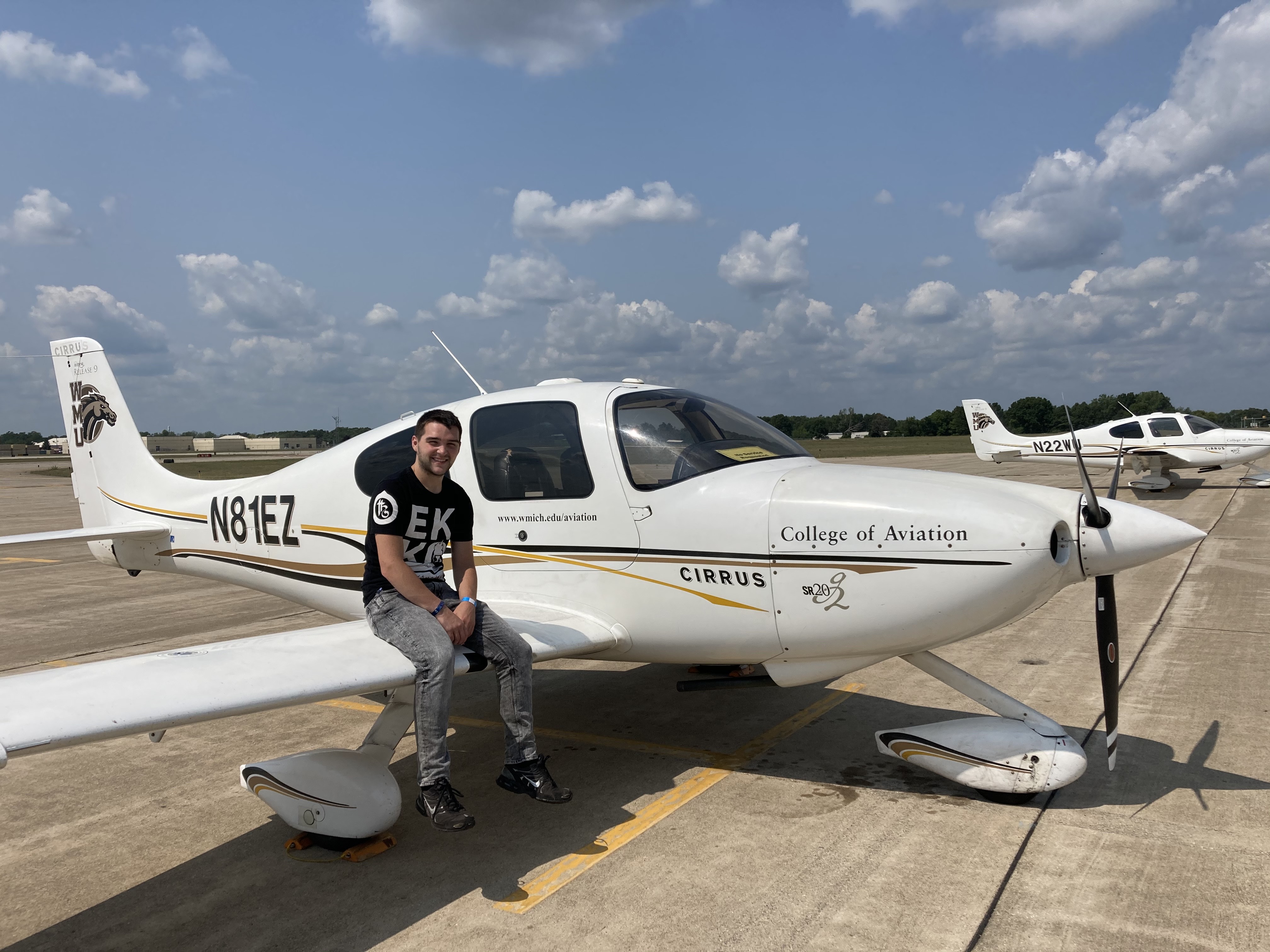 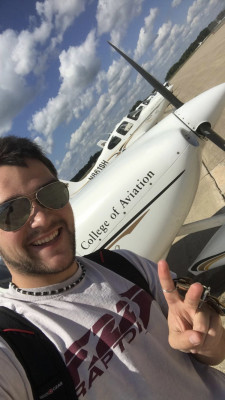 Noah Bielat prepares to take off in a WMU Cirrus SR20

Once the Pandemic Era ends and movies return to the theater bigger and better than ever, first in line for the showing of the Tom Cruise sequel, "Top Gun: Maverick," will be Noah Bielat, an August 2020 graduate of the WMU College of Aviation.

While the Portage, Mich., resident is not quite certain what is the root cause of his career choice, Bielat's parents swear that a future in the clouds was cemented by the family's worn-out tape of the original "Top Gun" flick that captured a boy's imagination.  "Maybe it was just a feeling," he says, "but I think I wanted to fly way back when I was really, really young."

Request WMU College of Aviation Information
Bielat says that, as his years at Portage Central High School were coming to an end in the spring of 2016, Western was the only college to which he applied and the primary reason for that is its College of Aviation, which is close to his Kalamazoo-area home.  "It's one of the top flight schools in the country and it all sounded like the perfect opportunity."

Even before taking that enrollment step to major in aviation flight science, Bielat juiced his affinity for things skyward by attending one of the college's summer camps and taking part in the community's Education for Employment program at the Air Zoo Aerospace and Science Museum. 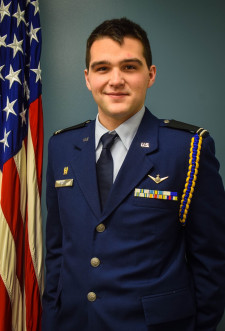 And to top-gun it all off, he minored in military studies and joined Western's Air Force Reserve Officer Training Corps (ROTC) program. "I really enjoyed my Air Force ROTC classes," he says.  "I met a lot of great people and I feel like I've become a better person."

The ROTC choice has also charted Bielat's next destination in life. He will be heading to Texas for training as a military pilot.  "I aim to fly fighters," he says, "but the travel opportunities attached to 'heavies' are also very enticing.  After my 10 or maybe even 20 years in the military, I hope to land a job in the corporate side of the industry flying small jets and maybe a celebrity or two."

Most of Bielat's extracurricular activities were embedded in ROTC duties, but he did find time for the university's "e-sports" team when it was created.  "I had a blast meeting new friends and playing video games competitively, which I already enjoyed because I love to compete." 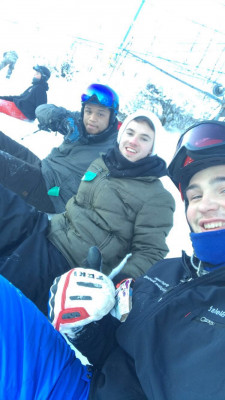 At first, he thought he would spread his wings when it came to taking part in a spectrum of college activities, but, he says, "I was hard-pressed to find extra time away from school, ROTC, flying and work (like bartending).  I don't think I would change anything, though."

Etched in his memory book is "getting to take my family and friends flying with me," he says.  "Most of them had never flown in a small, single-engine aircraft before and that really blew them away."  And only a Western aviation major could ever have the opportunity to fly to Chicago for a pizza!

Along his Western way are folks who helped him navigate a successful career path, admitting that keeping his end goal in mind proved to be the toughest challenge early on.  Once focused, the path became clearer.

"When LaTonja Wilson was still a student adviser," Bielat says, "she really helped me make sense of the college track.  My instrument flight instructor, Rick Compton, guided me through the toughest patch in college and really got me going to do my very best as I neared my degree."  Another kudos goes to his ROTC commander at the time, Lt. Col. James.  "I am where I am today because of him." 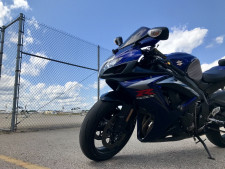 Besides the airplane, the other machine that allows Bielat to satisfy his "need for speed!"

What they did for him will stick in his psyche. "We all need to give back in order to keep the spirit of aviation alive," he says, "and keep the next generations interested.  Right now the best I can do is supporting the Air Zoo and attending air shows.  I believe more will come later."

Over the coming months, his fighter-pilot training will probably put a damper on some of his favorite activities -- a night out with friends, catching another viewing of "Top Gun," boating, snow skiing, riding a motorcycle, even video games.  But there will be plenty of his No. 1 -- flying.  "I am absolutely looking forward to flying some of the coolest airplanes in the world."

His advice to those who follow in his Western contrails? "What I liked about WMU was I was able to chase dreams and try new things.  It all went by faster than I ever thought possible.  But still try to take your time and relax.  I have found that if you have the drive, nothing is impossible.  Dream great, achieve greater."