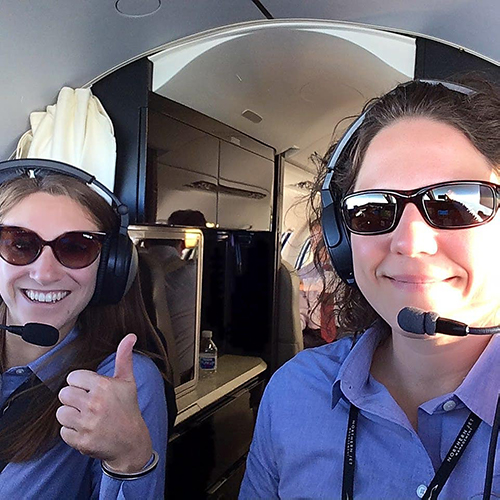 and then on to Tampa Bay, Florida. They each have their Airline Transport Pilot certificate and are qualified to fly the company’s Learjet 40XR/45XR/70 and 75 models. 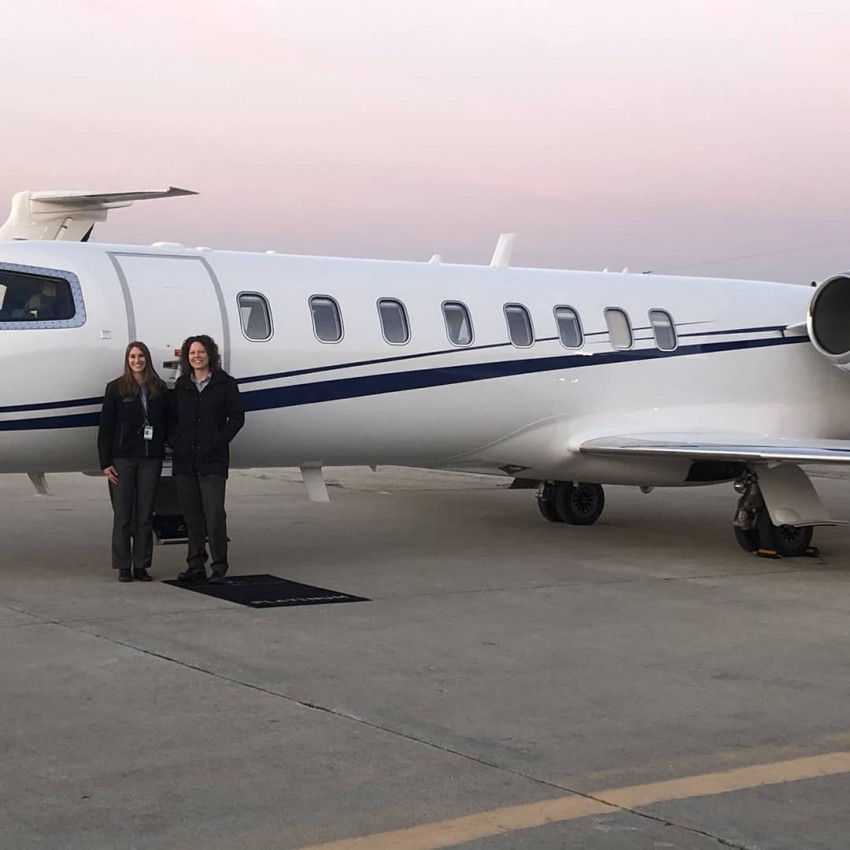 “To be honest, I didn’t notice we had two female pilots scheduled until someone mentioned it to me,” said Chuck Cox, CEO of Northern Jet Management. “It just happened

that way on the schedule. The significance is not lost on me and the rest of the company. This might be the first time, but it certainly isn’t the last,” Cox said. 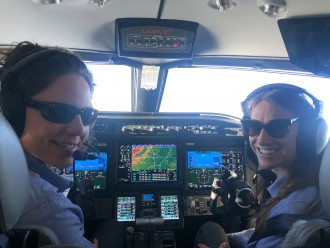 “We’re pleased to help the company mark this special event in the industry,” said Captain Karsten. “Although both Maya and I have flown in all-female crews previously,

it’s rare to have this happen in the corporate setting.”

“I look at it as we’re just going to work,” added First Officer Thornley.

About Sara karsten and maya thornley

Sara Karsten double-majored at WMU, graduating from both the Aviation Flight Science and Aviation Technical Operations programs. She spent time after her flight training as a Certified Flight Instructor for WMU. Maya Thornley graduated from the Aviation Flight Science program and also worked as a Certified Flight Instructor for WMU. As a student, Thornley worked in the College of Aviation's Recruitment and Outreach Department as an Aviation Ambassador, conducting tours of the College and assisting prospective students with any questions. Go Broncos!