Alumni Ranked in Most Influential People in Healthcare List 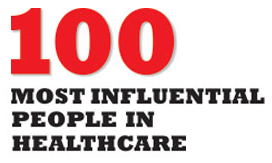 Two alumni from the College of Education and Human Development have recently been ranked as one of the Modern Healthcare Magazine’s 100 Most Influential People in Healthcare for 2015.  Lloyd Dean (MA ’78, Educational Leadership) and Anthony Tersigni (Ed.D. ’92, Educational Leadership) are ranked in the top 25 among very good company.  Other notable’s on the list include U.S. Supreme Court Justice, John Roberts, Health and Human Services Secretary Slyvia Mathews Burwell, House Speaker John Boehner, and President Barak Obama.

Educational leadership alumnus, Anthony Tersigni, is president and CEO of Ascension, a faith-based healthcare organization dedicated to transformation through innovation across the continuum of care, with approximately 150,000 associates serving in 1,900 sites of care – including 129 hospitals and more than 30 senior care facilities – in 24 states and the District of Columbia. Dr. Tersigni, who is ranked No. 4 on the list, became CEO of Ascension Health, now a subsidiary of St. Louis-based Ascension, in 2004. In 2012, Dr. Tersigni became the first CEO of the newly created parent organization, Ascension. As the largest non-profit health system in the U.S. and the world’s largest Catholic health system, Ascension is committed to delivering compassionate, personalized care to all persons with special attention to those who are struggling the most. Dr. Tersigni has been named one of Modern Healthcare’s 100 Most Influential People in Healthcare since 2005 and serves in leadership positions on several boards, including the Healthcare Leadership Council in Washington, D.C.

Ranked as No. 13 on the list is Lloyd Dean, President and CEO of San Francisco-based Dignity Health. He’s friendly with the President of the United States—and with the President of the San Francisco Giants. He is responsible for a complete fiscal turnaround of his company, sits on the board of Wells Fargo—and he’s a Bronco. Although he says he has no interest in it—there were rumors of Dean becoming one of Obama’s second term Cabinet members. Dean jumped eight spots on the list this year, ranking No. 21 in 2014.