Miron named one of most influential education scholars 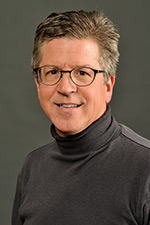 Dr. Gary Miron, professor in the Department of Educational Leadership, Research and Technology at Western Michigan University, has been named one of the 200 most influential education scholars in the United States and the top 10 most influential in scholarship related to government and policy, according to an annual ranking that appears in Education Week.  Dr. Miron, who has prepared and directed more than 60 evaluations and research studies that have been funded with grants and contracts from state and federal agencies as well as private foundations, is ranked No. 55 on the 2014 Rick Hess Straight Up Edu-Scholar Public Influence ranking that has recently been released.