Rockin’ His Wings – Ryan Sewell is No Foo, But Loves His Aviation Gig at Sky West 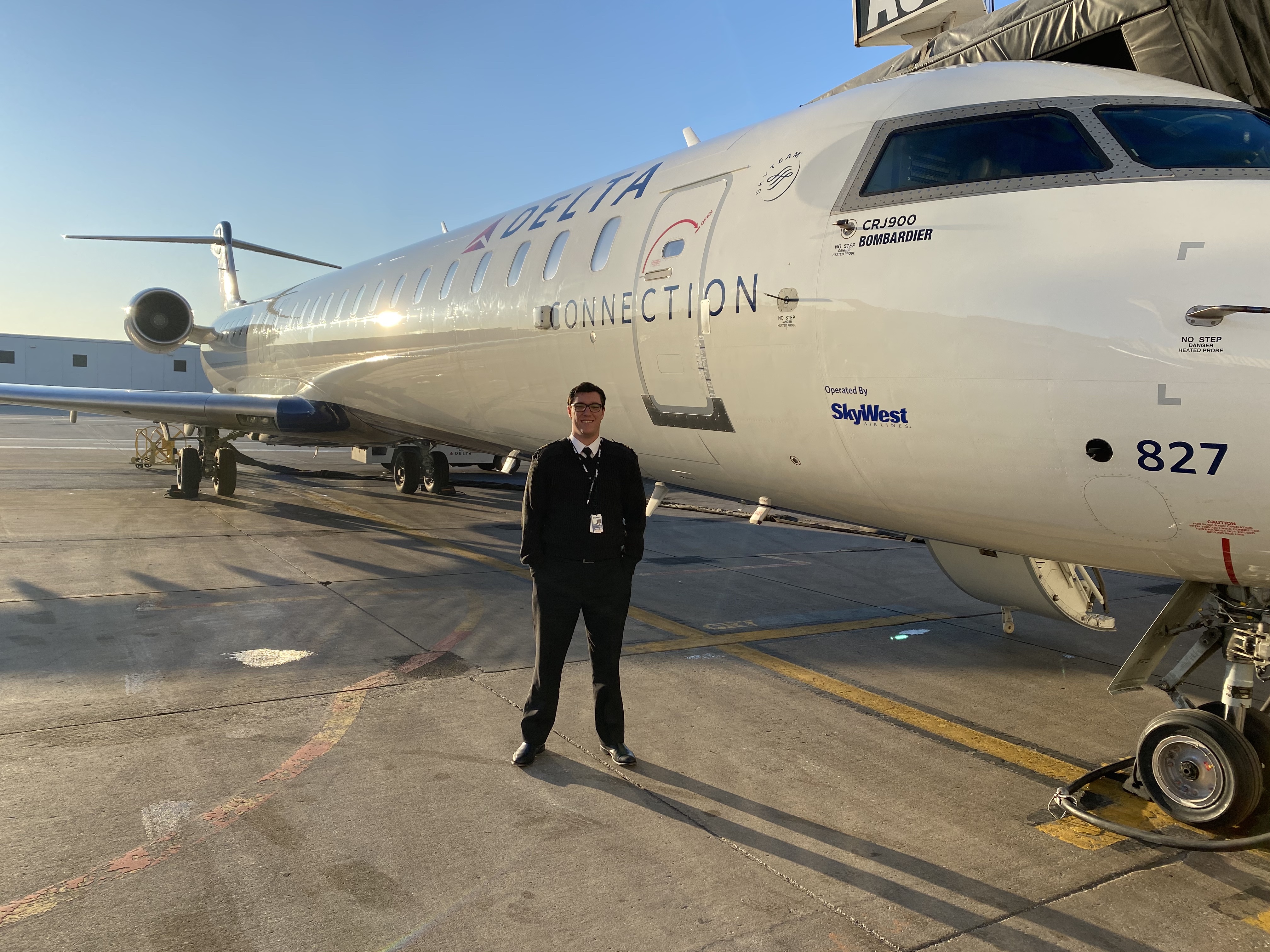 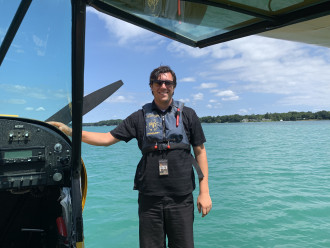 It's one thing to choose to attend Western Michigan University if you hail from Saginaw, Ypsilanti, Ishpeming or some other home-state community.  It's another to make a cross-country leap, say from Carlsbad, Calif.  Meet Ryan Sewell, a WMU College of Aviation graduate who is not only now a SkyWest Airlines flight officer based at Los Angeles International Airport (LAX) but also a dead ringer for David Grohl, a Nirvana alumnus and founder of the Foo Fighters.  The initial leg of his journey to Kalamazoo was a voyage into a bit of research about collegiate aviation programs and one of his first landing points was Western's offerings.  The lure was strong enough for Sewell to take a flier -- or is it flyer? -- and commit to a tour of WMU's aviation facilities.  That hooked him.

Request WMU College of Aviation InformationAs his days at Carlsbad High School started to ease into the sunset in 2015, Sewell remembers "looking at college majors and not seeing anything that really stood out to me.  A lot of them looked boring and offered careers that had no appeal."  One finally caught his eye -- aviation flight science.  All of this came about because of quite a few "Lunch with Dad" outings.  The seed to get a pilot's license was sown by the time Sewell had observed nine birthdays.  "My Dad would take me to lunch at the local airport," he recalls.  "It had a restaurant that overlooked the runway. Seeing those planes come in and take off convinced me that I wanted to do that someday.  I asked Dad if I could get my pilot's license and his response was, "maybe, some day."  Little did both realize that "some day" was not too far away.  His Google search took him to the College of Aviation's website where it was detailed how to become an airline pilot.  Imagine, he thought -- loving airplanes and being paid to fly them.  Doesn't get any better than that!  From that day on, Sewell was in a full charge to qualifying for every license he needed to reach his goal. 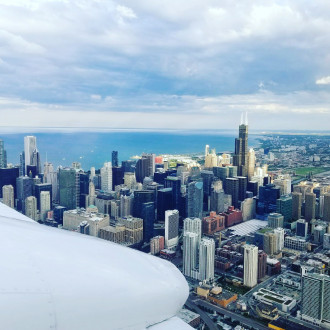 How was Western's hook set in the young man from southern California?  "I can talk about the great airplanes we fly and the enormous fleet that we have," Sewell says, "but what really drew me here was the people of the College.  On my tour, I felt welcome.  Every person my family and I talked to wanted me to come to WMU and be a part of the culture at Western -- from every program ambassador all the way up to (College of Aviation Dean) Dave Powell.  Moving from California would be a big leap for me, but I felt very comfortable doing it.  Because of Western's welcoming people, I knew WMU was the place to be."  On the way to graduating in the fall of 2018 with a degree in aviation flight science, Sewell accumulated a scrapbook full of great happenings and experiences -- such as obtaining his float-plane rating.  Landing at nearby Gull Lake "and swimming for a few hours on warm summer days may be the coolest thing I will do in an airplane during my entire flying career -- and I was able to do that in college.  Landing on water gives you a rush like you have never felt before.  In reality, there are not too many float-plane pilots in the world.  Western gave me that chance."  Also deposited in his memory bank are his days as a certified flight instructor (CFI) for the college.  "I realized that some of the most experienced aviators are constantly learning more and more about their profession," Sewell says.  "There is always something you can do better as a pilot or instructor.  Being an instructor is one of the most rewarding things you can do in aviation.  "Having a student pass a 'check ride' is almost better than passing your own," he says.  "You have effectively passed your skills and knowledge acquired over the years on to somebody else.  As a CFI, you have helped a student move a step closer to achieving his or her career goal." 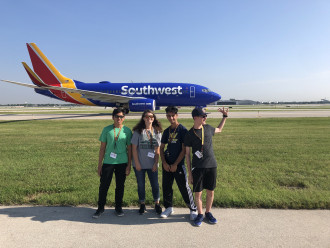 Springing from that was his participation in the college's summer aviation camps, which he regards as the best in the nation.  What would be more memorable for a camper?  A lunch-break drive to a fast-food outlet for a Big Mac or a Whopper?  Or a flight across aquamarine Lake Michigan to Chicago for some of that city's famous deep-dish pizza?  Let Sewell tell the story.  "A good friend, Brett Been, and I decided to take our campers to Chicago's Midway Airport for some Giordano's Pizza," he says, relishing the adventure and the taste of the pizza.  "As we were walking back to our planes for the flight home, there was a Southwest 737 taxi-ing by.  It felt like the wingtip was so close you could touch it.  The look on the campers' faces was priceless.  To be able to see an airplane of that size up close -- with the engines at idle yet still loud -- still puts a smile on my face."  The once-in-a-lifetime moment wasn't quite over yet.  "We lined the kids up for a photo as it was going by," he says. "One of the pilots in that 737 started waving at us and the campers waved back."  Then there was the anti-climax for the youths -- seeing the city of Chicago and its towering buildings below them.  Not exactly your typical day at a summer camp.  Sewell and buddy Been share another special memory -- membership on Western's precision-flight team, the SkyBroncos.  Inspired by one of its coaches, Marty Coaker, he calls joining that organization "the best choice" he made at Western because of the bonding and friendships that resulted.

Sewell with his Sky Bronco teammates

"The best times were traveling to the events (sponsored by the National Intercollegiate Flying Association -- NIFA) and competing against the best schools in the nation," he says.  "You really have to rely on one another, which creates trust and good team chemistry."  Another benefit is that the NIFA events brings a young pilot face-to-face with a competitor who in the future might be a co-worker or a person conducting a job interview.  And NIFA looks good on a resume as well.  To this day, Sewell maintains a connection with the SkyBroncos and helps out when he can.  The College of Aviation boasts a Boeing 777 full of skilled and knowledgeable instructors in Sewell's estimation, with Coaker being among the most influential.  But a special place in his heart is reserved for Kathy Felker, his one back home in Carlsbad, which is located about halfway between Los Angeles and San Diego on the coast.  "She was my first instructor," Sewell says.  "She had flown some bigger airplanes before deciding to be an instructor.  Helping people achieve their goals as pilots was her true passion.  She is my favorite because she set the proper foundation and gave me the basics.  That all helped me immensely when I came to Western and later began SkyWest training.  She gave me some of my best moments -- first takeoff, first landing, first solo.  I still talk to her to this day.  I am the pilot I am today because of her."  In his short-term future plans -- once Covid 19 comes under control and a sense of normalcy returns -- is advancing to the status of SkyWest captain.  Based in Utah since its establishment in 1972, SkyWest -- in a normal year -- will carry 43 million passengers in nearly 500 aircraft to 220 destinations throughout North America.  It has partnerships with United Airlines, Delta Air Lines, American Airlines and Alaska Airlines.  One of its 10 hubs is located in LAX, which is where Sewell flies out of while maintaining his residence in Kalamazoo.  However, he will not deny, he enjoys being back in his old stomping grounds from time to time. 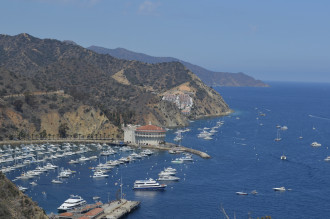 When it comes to a place to reside, the Kalamazoo area is not exactly chopped liver, yet for Sewell his No. 1 favorite place -- and No. 1 activity -- is back in California.  "It's relaxing on the beach on Santa Catalina Island," he says.  "My grandfather was born and raised on the island so we have had a family home there since the 1920s.  It will always be one of my favorite places in the world.  I used to spend every summer out there."    "Out there" received some positive notoriety in the late 1950s with the Top-10 tune "26 Miles" by The Four Preps, and the other kind when actress Natalie Wood met her demise in its nearby waters in late November of 1981.  In reality, relaxing on a Catalina beach or fishing its reefs may be Sewell's No. 2 favorite activity.  Read what he says about his job.  "I just love to be in the air.  Seeing the sunrise or sunset is always amazing, especially at the altitudes at which we fly," he says.  It may not be in the same league as what astronaut John Glenn reported on his orbital flight, but it's as close as earth-bound folks can get. "The views are breathtaking," he says, "from the Grand Canyon to the Rocky Mountains to Lake Michigan.  What we see is incredible."  Another job bonus for Sewell amounts to the latest chapter of what started for him during his student days.  He volunteered for the College of Aviation's recruitment and outreach events -- the summer camps and also being part of the Western contingent that represented the program in Oshkosh, Wis., at the famous EAA: The Spirit of Aviation gathering. 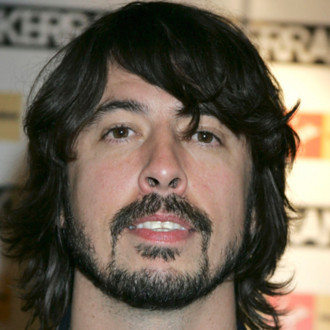 "The volume and variety of people who want to learn more about WMU aviation is astounding," he says.  "There are high school students looking for the right university and alumni wanting to know how things are going back in Kalamazoo."  When available, Sewell still assists the college's recruitment efforts around the state.  On the job, he constantly pitches the benefits of an aviation education at Western.  He never misses the opportunity to promote his industry and the role he plays, including walking through an airport and talking with "younger kids who may be seeing a real pilot for the first time.  Anything like that always makes my day."  So imagine this:  You are a Foo Fighters fan who has reached your airline ticket's destination and drumming through your head is the group's hit "Learn to Fly."  As you are departing the plane, wouldn't you wonder a bit if the flight officer stepped out of the cockpit and said, "Thanks for flying SkyWest and enjoy the rest of your day."  Wouldn't you want to follow the song’s advice? And maybe ask for an autograph?